From Ray Charles to Al Green, a huge amount of secular music owes its soul to the gospel greats 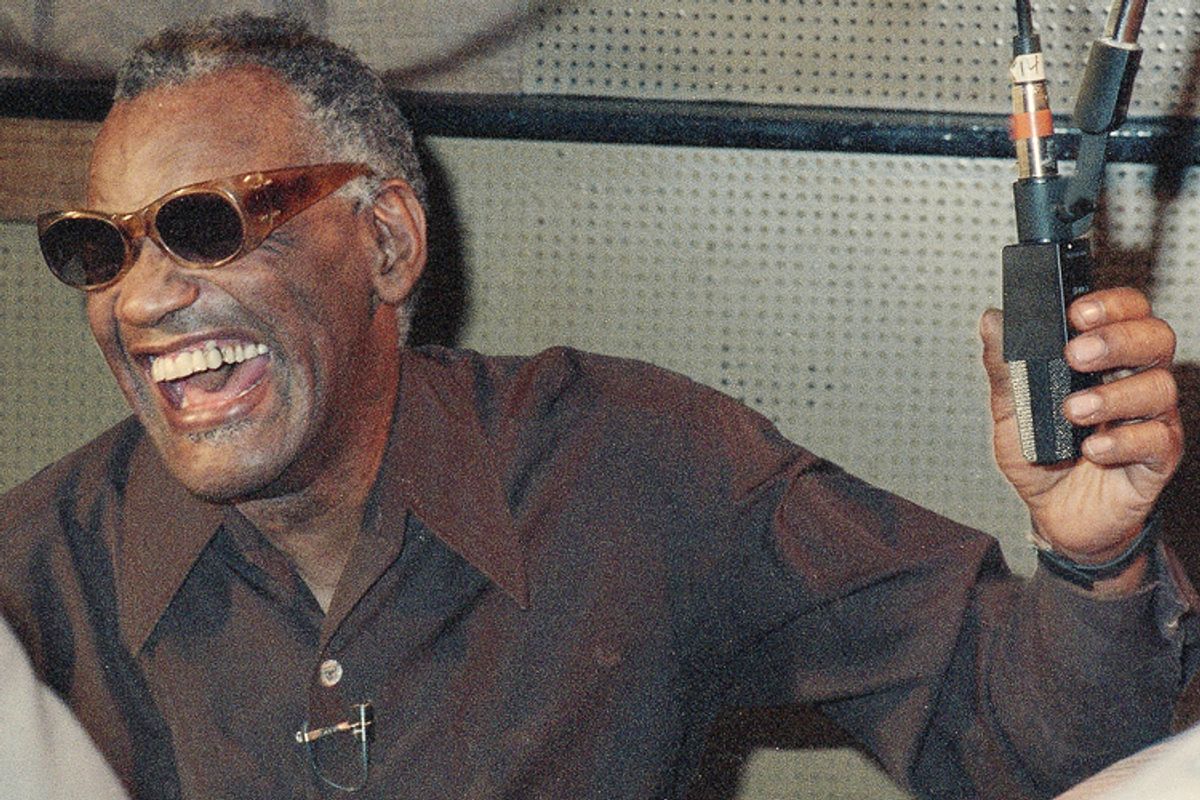 Of all the important American roots music — jazz, blues, country, soul — the least well known is surely gospel. The market for songs about sex, romance, break-ups, good times and dancing is and has long been exponentially larger than the market for songs about God, needless to say; as a result, gospel music is seen as specialist interests, marginal to the mainstream of pop.

The truth, though, is that gospel was, and remains, a hugely important part of American music. Early rock and roll, R&B, and soul singing were directly influenced by it. Virtually all the great soul singers either started in gospel or were shaped by it.

Sam Cooke, "Touch the Hem of His Garment"

R. H. Harris, the lead singer of the Soul Stirrers, was perhaps the greatest male gospel singer of all time — which arguably makes him the greatest soul singer ever, too. He was also the primary influence on Sam Cooke, who succeeded him as leader of the Soul Stirrers in 1950. Harris claims that his exquisite, yodeling phrasing was influenced by the birds of his native Texas, and you can hear its echoes here in one of Cooke's most famous gospel performances.

Aretha's roots in the church are well-known, but somehow even the fame of the Queen of Soul hasn't been enough to make Clara Ward a household name. Ward had a longtime romance with Franklin's father, the singing preacher and recording artist in his own right, Rev. C. L. Franklin. But you don't really need to know the personal backstory to see the influence of Ward's dynamic call-and-response arrangements and Franklin's most famous number.

Marion Williams started out with the Ward Singers and powered some of their most famous hits before she moved on to her own group. Her singing, filled with whoops, "Ooooos!" and growls, is perhaps the most inimitable voice in American music. That didn't stop folks from trying, though, as Little Richard demonstrates every time he picks up a microphone.

The tenor lead of the Swan Silvertones, Claude Jeter was certainly influenced by R. H. Harris, but his own style is nonetheless completely distinctive. His light tone, the way he seems to be swallowing some of the words, that amazing humming with its swoop up to falsetto — what didn't Al Green get from this man?

Jeter is smooth, ethereal, floating up to heaven; Julius Cheeks comes from the other end of soul. His voice is so gruff it sounds like his throat is going to tear out — harsh, urgent, overpowering, and ready to just about swallow that poor microphone. His style influenced many later singers, including James Brown and Wilson Pickett. If you ever wondered where that larynx-shredding shriek came from in "Mustang Sally" — now you know.

Sister Rosetta Tharpe combined blues, gospel, swing and country with an electric, frankly sensual performance style that got her in hot water more than once with gospel music fans. It also inspired just about every single important early rock performer, from Elvis and Jerry Lee Lewis to Chuck Berry. The dirty guitar here, though, sounds more like the sort of thing that inspired Bo Diddley — performing in the second video with his lead guitarist Lady Bo.

The Dixie Hummingbirds with Ira Tucker, "Bedside of a Neighbor"

Ira Tucker was the lead singer of the Dixie Hummingbirds, one of the most successful gospel quartets. His singing, dynamic arrangements and showmanship inspired many performers, from B. B. King to Stevie Wonder, to the great Jackie Wilson.

Southern Tones, "It Must Be Jesus"

Ray Charles, "I Got a Woman"

Like Aretha, Ray Charles' gospel influences are well known, though, unlike her, it's difficult to find references to particular performers who he cites as influences. This is an obvious one, though; Charles lifted the Southern Tones' "It Must Be Jesus" wholesale for his massive secular hit, "I Got a Woman." Charles' version is looser and jazzier, of course; maybe he was listening to some Sister Rosetta Tharpe too.

Sallie Martin with Tommy Dorsey, "I'll Tell It Wherever I Go"

Sallie Martin was one of the great early gospel performers, famous especially for championing the compositions of Tommy Dorsey (on piano for "I'll Tell It Wherever I Go." Martin's group, the Sallie Martin singers, featured one Ruth Jones on piano — who would later go on to perform as Dinah Washington. You can hear a bit of Martin in Washington's deliberately mannered phrasing, or how she plays with pauses — that nudging "would you believe it?" seems like a kind of secular echo of the playful way Martin rolls her "three" in "three blessings."

Orioles, "It's Too Soon to Know"

Doo-wop developed directly out of the jubilee quartet performance style of groups like the Golden Gate Quartet. Orioles' lead Sonny Til picks up on the slow sections of "Swing Down Chariot," and instead of releasing them in uptempo shouts, draws them out into an entire haunting song on the 1948 hit "It's Too Soon to Know." Til, of course, started his career with gospel too, and it certainly sounds like he could have been a fan of folks like R. H. Harris and Claude Jeter as well. The multiple possible influences underline the extent to which it's deceptive to look for particular artist-to-artist inspiration; gospel, soul, rock and blues all blurred into each other. It's not that Til was influenced by sacred music -- it's that he never stopped singing it.