The network has also insisted that MH370 is like "Lost" and DC politics is like "Scandal." Enough! 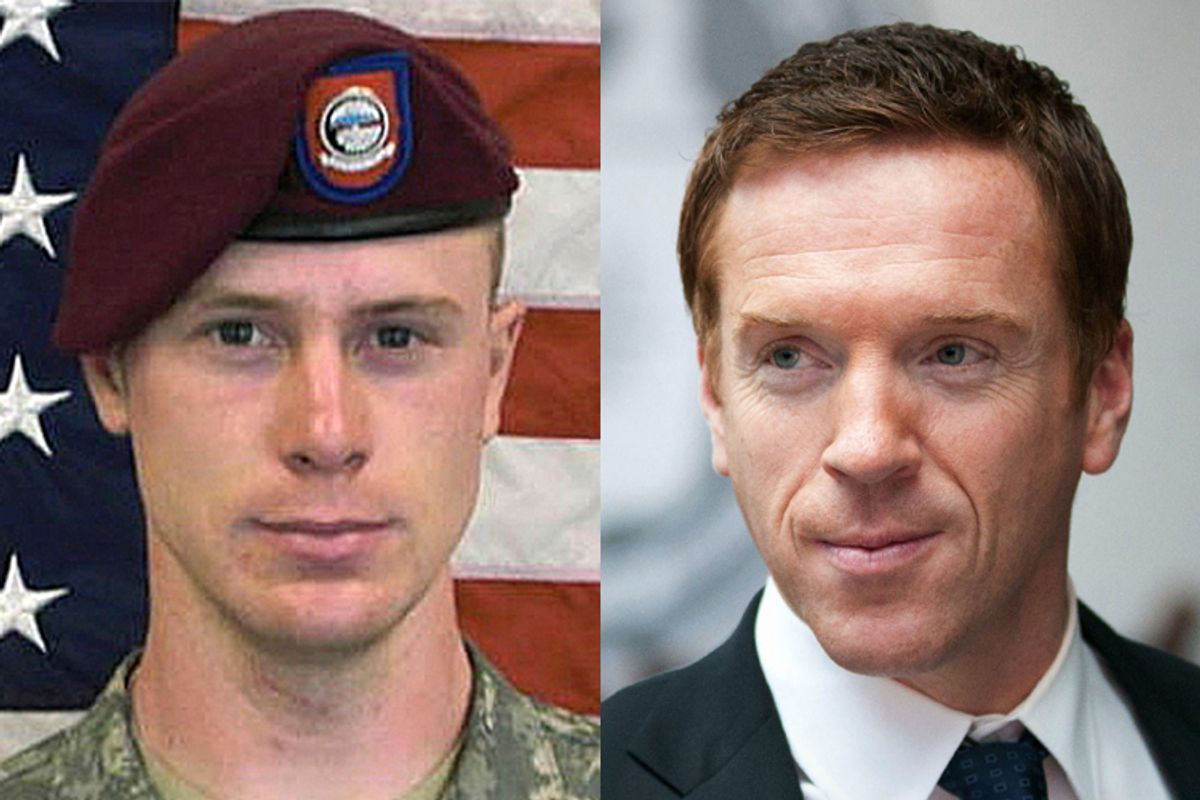 After a critically pilloried third season, Showtime's "Homeland" needed a little juice heading into Emmy season. And now CNN is providing plenty in the form of its coverage of Bowe Bergdahl, the American prisoner-of-war who was recently freed in a prisoner swap with the Taliban. With a straight face, the network keeps comparing Bergdahl to fictional POW Nicholas Brody of "Homeland."

For anyone who watched the video of a shaky, ashen Bergdahl being released to American forces, the visual parallels to "Homeland" were certainly hard to miss. But for hard-news CNN to repeatedly compare this real-world news story -- one that allegedly led to the deaths of six soldiers looking for Bergdahl, and spurred an angry and vituperative political debate -- to a TV show has been bizarre, to say the least. CNN's Don Lemon invited "Homeland" executive producer Gideon Raff, who also created the Israeli drama on which "Homeland" is based, to discuss the similarities between real life and TV drama. It was the latest tone-deaf misstep in what, for Lemon, has become a career full of them -- and an example of just how surreal CNN's news coverage has become.

"Were you surprised at the parallels between ['Homeland''s source material, the Israeli show 'Prisoners of War'] and Bergdahl's release?" Lemon asked. Raff said that he wasn't, because of all the research he'd done on prisoners throughout his television career. Mainly, Raff said, his research taught him that prisoners' "physical and mental condition" is "not so good."

To say that the Bergdahl case is reminiscent of "Homeland" is the opposite of useful; "Homeland" is a fictional television series about a POW returned to the U.S. after years in captivity and widely regarded as a menace to his country, while Bergdahl is a real human being embroiled in an ongoing diplomatic mess. And the fact that Nicholas Brody, as we learn when he attempts to blow up the vice president, turned to become an anti-American terrorist while in captivity lends Bergdahl comparisons a dangerous tinge of accusation without outright accusing -- as happened in a segment on MSNBC's "The Cycle" in which host Krystal Ball recapped the entire first season of "Homeland," casually adding that of course Bergdahl wasn't a confirmed terrorist.

Ball's segment was irresponsible in explicitly invoking the fictional Brody's turn against America in comparison with Bergdahl. Lemon's, at least, was prompted by the same dopily innocent spirit of inquiry that previously spurred him to compare the missing Malaysia Airlines jet and the TV show "Lost" (also: to ask whether the plane might have entered a black hole). But joking about a departed TV show in connection with the almost certain deaths of hundreds was poor form, to the say least.

TV, in which by season's end most of the fundamental mysteries will be explained, can be a deeply satisfying medium -- the very opposite of developing news,which is full of loose ends and unanswered questions. We have no idea whether -- and if so, why -- Bowe Bergdahl defected. We know where the "Lost" plane went (or think we do -- it was purgatory, right?); the Malaysia Airlines jet is still, somehow, unaccounted for. And on TV, Olivia Pope can fix any crisis by hour's end. But for some strange reason, CNN's Candy Crowley ran a segment this year analyzing recent scandals and discussing how Pope would have handled them. Real-world scandal is clearly a lot messier than ABC on Thursday nights.

With new hourlong dramas making impacts on audiences each year, the number of situations that are temping to explain with glib comparisons only keeps growing -- consider the "real-life 'Breaking Bad'" teacher earlier this year. And in its scramble for ratings, CNN  is too easily seduced by the neat, glitzy narratives of our most popular TV shows. The world's Don Lemons -- cable news anchors quick to point out when real life looks a lot like fiction -- are doing us all a disservice. Sometimes real life, needless to say, is a lot more slow and unsatisfying  than an hourlong weekly drama.