"How Not to Be Wrong": What the literary world can learn from math 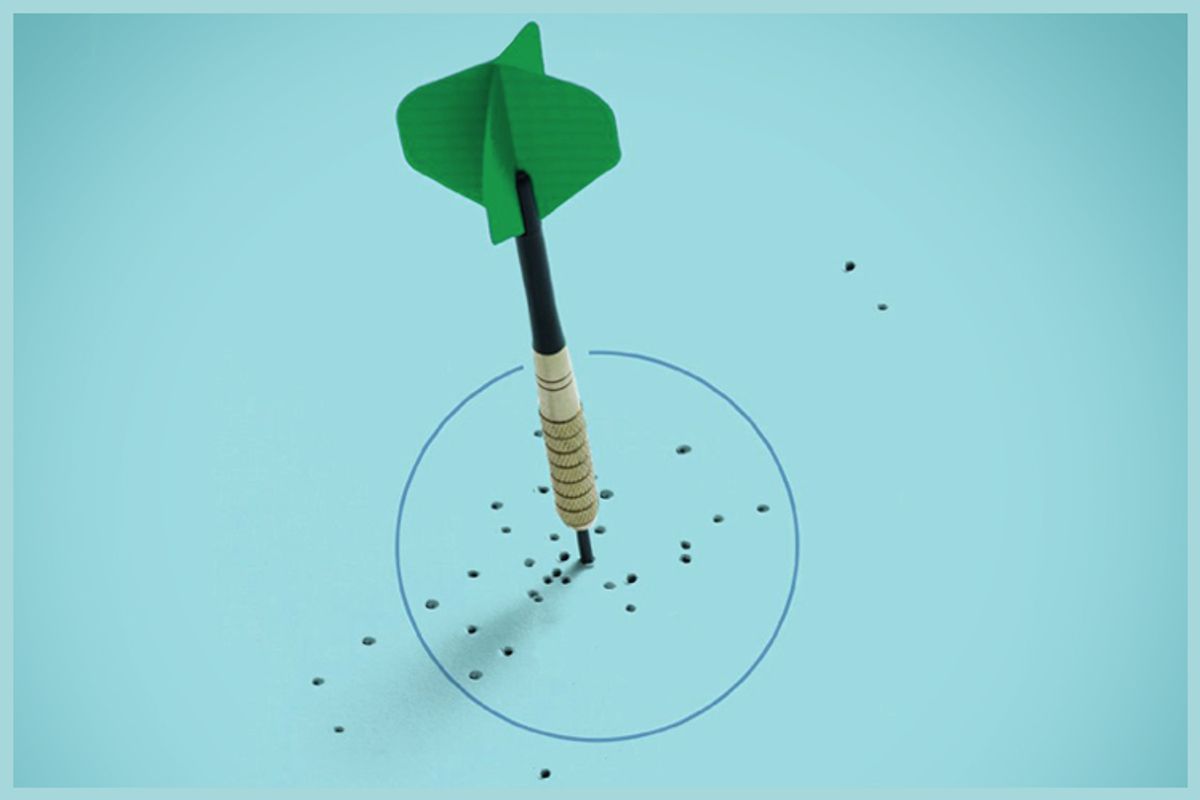 Jordan Ellenberg's "How Not to Be Wrong: The Power of Mathematical Thinking" is a miscellaneous romp through the world of quantitative reasoning. You can tell just how modular the book is by the way bits of it have been popping up all over the Web of late, promising to explain such mysteries as why so many handsome men are jerks or why an athlete's performance always seems to suffer a drop-off after he signs a big contract. This pull-apart quality may sound like a bug, but in fact it's a feature. It makes "How Not to Be Wrong" a rewarding popular math book for just about anyone.

Ellenberg is a professor of mathematics at the University of Wisconsin-Madison who spent "some part of my early 20s thinking I might want to be a Serious Literary Novelist." (He even published a novel, "The Grasshopper King.") He has a popular math column at Slate. So Ellenberg can write, and furthermore he brings a set of references to the subject that will make many a numbers-shy humanities major feel right at home. He explains why B.F. Skinner's "proof" that Shakespeare was not particularly inclined toward poetic alliteration was incorrect, and he is as likely to refer to Robert Frost and Thomas Pynchon as to such mathematical titans as R.A. Fisher and Francis Galton. He takes the playful, gentle, humorous tone of a writer used to cajoling his readers into believing that they can understand what he's talking about.

At the same time, those who like to pull out a pencil and a piece of paper and work through a few equations for the fun of it should not be utterly put off by the aforementioned cajoling. Interested in a brush-up on plane geometry, the implications of the Prime Numbers Theorem and Yitang Zhang's recently announced proof of the "bounded gaps" conjecture about the distribution of primes? Pull up a chair. On the other hand, if any sentence containing the term "log N" makes you go cross-eyed and befuddled, you need only turn a few pages ahead to another chapter, where you can read about how two separate math cartels gamed the Massachusetts state lottery.

Ellenberg's tone is by turns anecdotal and computational, but this book's most essential chapters have to do with probability and statistics, the spookier and more counterintuitive precincts of mathematical thinking pertaining to what might happen and how likely something is to be true. In an age of big data and slapdash science reporting, all of us need to be better skilled with these brain-twisting conceptual tools if we want to apply the proper skepticism to everything from drug company claims to mutual fund returns. In this respect, "How Not to Be Wrong" resembles David J. Hand's "The Improbability Principle," published earlier this year. Hand's book is simpler and sometimes clearer, but it's also less expansive, creative and fun.

Ellenberg pauses, for example, to fantasize about going back in time to "the dawn of statistical nomenclature" so he could persuade statisticians to use the term "statistically noticeable" instead of "statistically significant." "Mathematics has a funny relationship to the English language," he writes, and here's a prime example. In statistics "significant" does not indicate that a result is "important" or "meaningful," only that it is at least a little bit off what we would expect from pure chance. Such a finding should be viewed as no more than "a clue, suggesting a promising place to focus your research energy." Only when well-designed experiments consistently deliver the same finding can we start to treat it as a fact.

Poorly designed studies, a rush to draw striking conclusions and distortions built into the way scientific publications are run play a large role in the much-lamented phenomenon of pop-science whiplash. That's when your newspaper tells you that red wine is good for you in November and then, the following April, that it is not. Scientifically illiterate reporters cause some of this confusion, but at least resourceful readers have the option of pursuing their stories to the source journal. When scientific journals themselves are misleading -- and Ellenberg quotes one biomedical researcher who famously claimed that most published research findings are false -- it's much harder to get to the truth.

To illustrate how this happens, Ellenberg invokes a mathematical archetype known as the Baltimore stockbroker (although why Baltimore, no one can say). This mythical fellow sends out newsletters to potential investors every week, half of which claim a particular stock will go up and the other half claiming it will go down. The next week, he repeats the process with a different stock, but he only mails the newsletter to people who received copies of the first one with the correct guess. This goes on for 10 more weeks until finally his mailing list is winnowed down to much fewer recipients, all of whom have received a series of newsletters from him that uncannily "predicted" the performance of a series of stocks. There may not be many of these recipients, but they'll all believe he's a genius at the market.

Scientific journals inadvertently replicate a form of this scam because they naturally prefer to publish notable studies -- a finding, say, that shows some correlation between red wine consumption and healthy blood pressure levels. No one is much interested in studies that show that red wine has no particular affect on your blood pressure and, knowing this, researchers may not even bother to write up such results in the first place. So all the failed experiments attempting to prove a connection between blood pressure and red wine become invisible. Maybe that's not a big deal when the only thing at stake is a dinnertime glass of chianti, but it can lead to hideously expensive and potentially dangerous misperceptions when it comes to drug trials.

That's just one example of the way Ellenberg sheds mathematical illumination on some of the murkier questions of life, from cryptography to genetics to the true value of money to the existence of God, all delivered in an unflaggingly sprightly manner. To those of us who barely remember high school algebra, it can at times seem a bit too sprightly, particularly when the variables start flying thick and fast. But then Ellenberg will take another tack, explaining an extremely helpful principle like regression to the mean and how it is most likely responsible for the notorious sophomore slump that affects novelists and bands who have made a celebrated debut. The fog clears, the numbers come back into focus, and the next time the Baltimore stockbroker (or his equivalent) comes along, we'll know better.