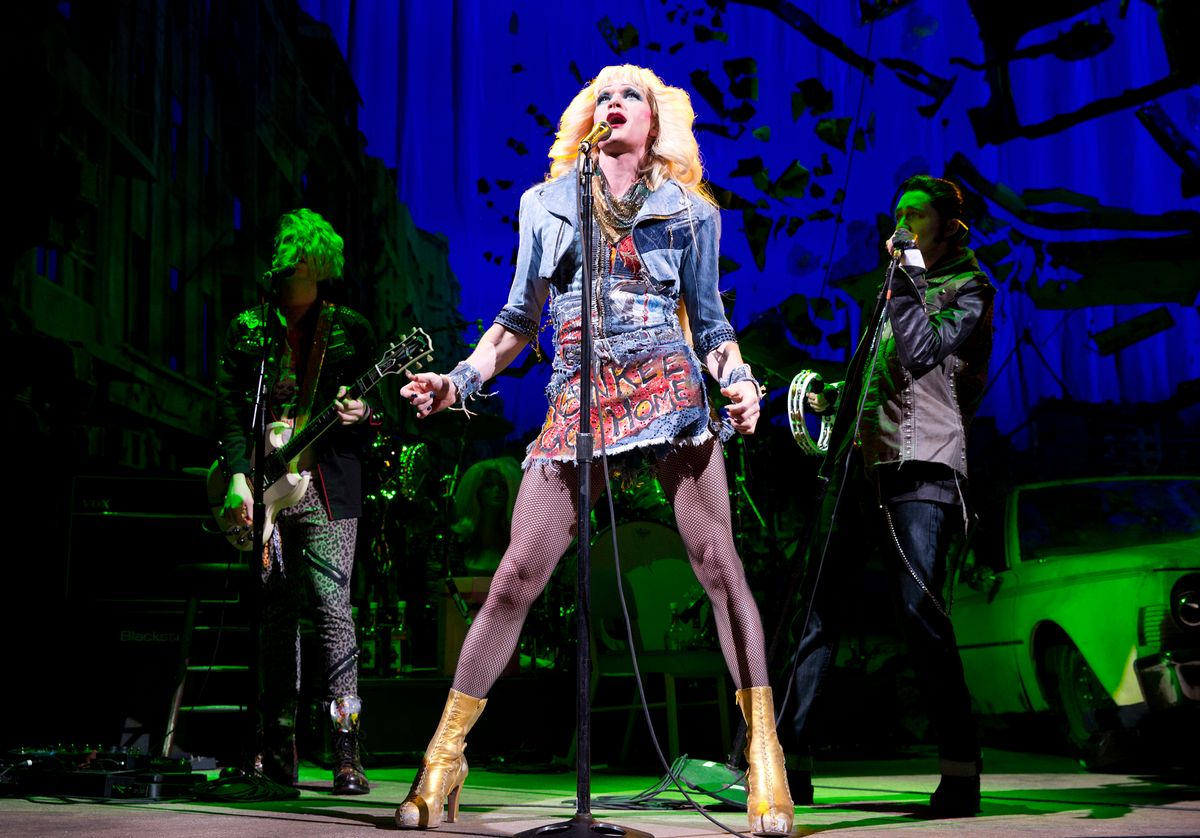 He may not have been the host this year, but Neil Patrick Harris managed to steal the spotlight at the 2014 Tony Awards anyway with a racy, provocative performance of "Sugar Daddy" from the Broadway musical "Hedwig and the Angry Inch." Appearing alongside his "Hedwig" cast members, a high-heeled, flowy-haired Harris licked Samuel L. Jackson's glasses, gave Sting and Kevin Bacon lap dances and kissed his husband, David Burtka, for a night to remember:

Harris ended up winning lead actor in a musical for his role as Hedwig, earning his first Tony Award. At the podium, he exclaimed, "A year ago I was hosting the Tonys. This is crazy pants!" The musical, which began as a cult hit off-Broadway, was nominated for eight awards, won three, including best revival of a musical. Watch his acceptance speech below: