Right-wing Twitter bashes Hillary Clinton for being so wealthy

Yes, the folks who were just recently defending Mitt Romney to the hilt are criticizing Clinton's speaking fees 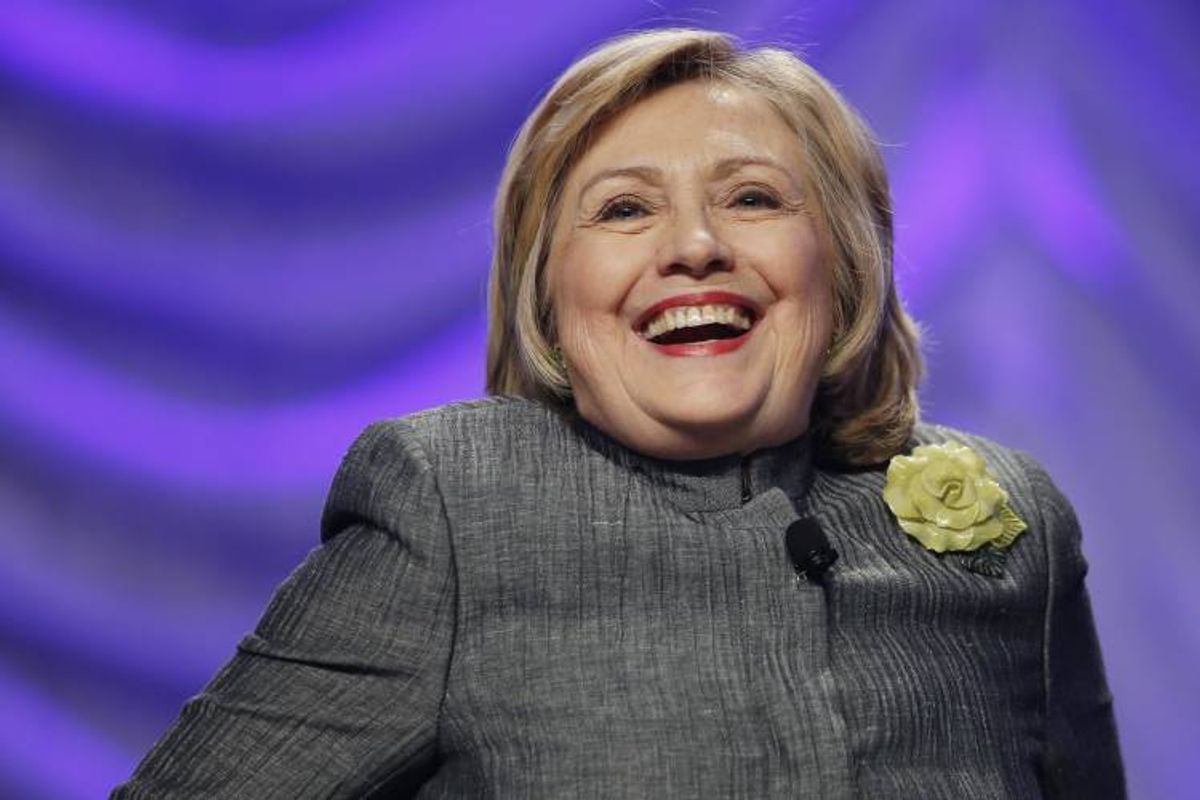 In a clip released this morning by ABC , former Secretary of State Hillary Clinton defends the massive amount of money she and her husband have made through speaking fees by claiming her family was essentially broke when her husband left the White House in 2001.

"[Y]ou have no reason to remember," Clinton said to Diane Sawyer, "but we came out of the White House not only dead broke but in debt. We had no money when we got there, and we struggled to piece together the resources for mortgages for houses, for Chelsea's education."

"You know, it was not easy," she continued. "Bill has worked really hard and it's been amazing to me. He's worked very hard. First of all, we had to pay off all our debts. You know, you had to make double the money because of, obviously, taxes, and then pay off the debts and get us houses and take care of family members."

In response to this answer, some, like Philip Bump of the Washington Post, have noted that Clinton's description of her family's finances is likely to be incorrect. Going off of publicly available information, Bump finds the Clintons, while in debt, were hardly underwater; and he notes that if one factors in Clinton's presidential salary, pensions and benefits, and Hillary Clinton's salary as a senator, it's extremely hard to see how their financial status could have been as dire as Clinton said.

In short, if one was looking to critique Clinton for being misleading or evasive in her answer (after all, what does being in debt in 2001 have to do with earning millions in 2014?) there was ample from which to choose. An easy layup for Clinton-haters who consider Hillary and Bill to be fundamentally dishonest, calculating and insincere, right? A gift to conservatives and Republicans everywhere.

Well, they blew it. Rather than attack Clinton for being phony, conservatives and Republicans on Twitter ridiculed her for being so rich. Apparently, the irony of a group of people who spent the last election vociferously defending Mitt Romney for being wealthy — and castigating liberals and Democrats for arguing that not all wealth is virtuously earned — was lost on them. In certain situations, it appears, capitalism isn't exactly on the level.

Here are some representative examples:

In fairness, at least one influential conservative flashed some self-awareness. If only his fellow-travelers had done the same:

You can watch the clip of Clinton's interview below, via ABC: