5 uncool things that Pharrell is trying to make cool

Stop trying to make the shorts-with-suit jacket happen. It's not going to happen (except it might) 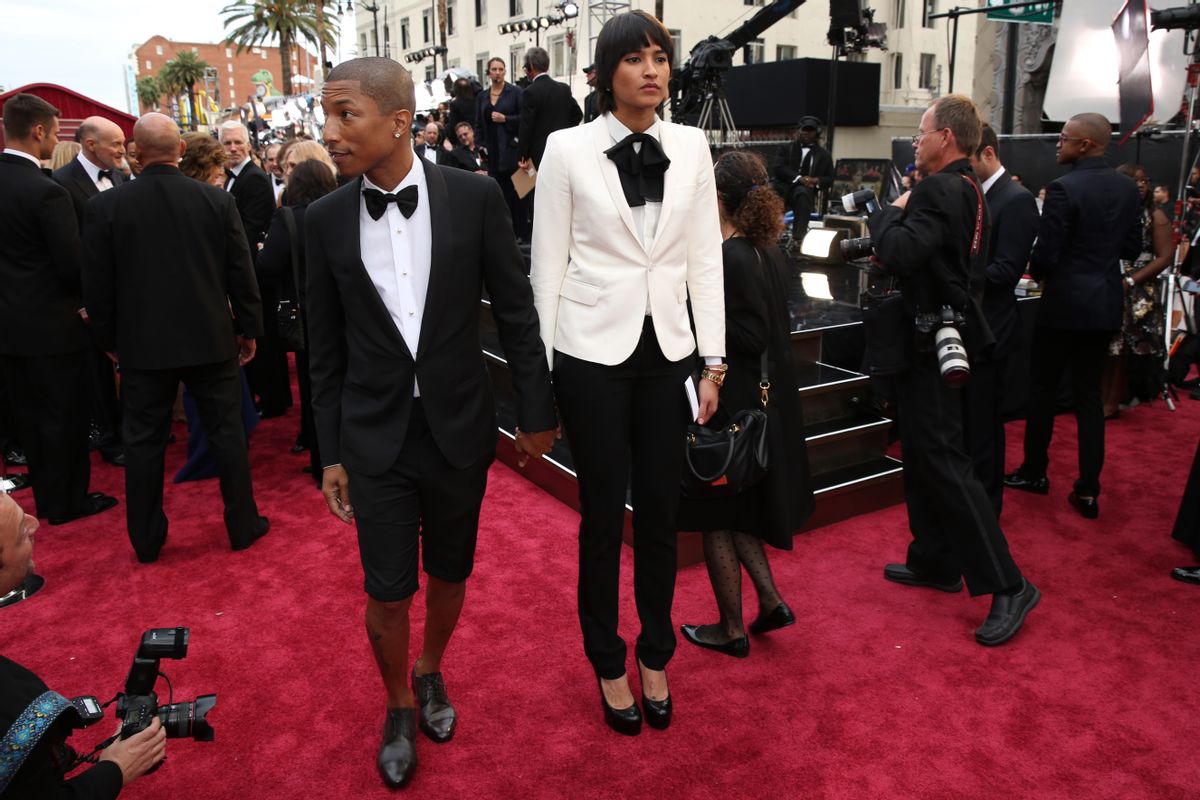 Pharrell is a man with a purpose. He has said so, many times, telling GQ in February that he's intent to "Keep putting purpose in everything you do."

"Don’t worry about it; just put purpose in there."

The world is glad that part of Pharrell's  "purpose" includes cranking out infectious hits like "Get Lucky," "Blurred Lines" and "Happy." But there's another cultural agenda at play for the musicianpreneur, and it involves repurposing not-particularly-cool things as funky fashion statements. Here are a few of the many unlikely items Pharrell is working hard to make cool.

Hats have a purpose: to protect your head, to identify as part of a religion or organization or culture. That hat already belonged to Arby's, but Arby's is not complaining because Pharrell was able to make fast-food roast beef sandwiches a little hipper by wearing that hat on his head.

Here's the thing, though: hats and heads aren't interchangeable. It's a lesson Pharrell learned the hard way, as the latest celebrity to engage in cultural appropriation when he appearing on Elle magazine with a Native American headdress. Pharrell apologized, saying, "I respect and honor every kind of race, background and culture. I am genuinely sorry." Thus he learned not to try to repurpose things that belongs to a heavily persecuted minority group. Everyone knows that once the fabric of your suit pants hits your knees, you don't need any more of it. Your arms are covered, your butt is covered -- boom, beach-ready formalwear.

If this, indeed, becomes a trend, blame Pharrell.

The idea that men can't be feminists

Pharrell has created what Salon's Katie McDonough jokingly (but aptly!) called "Pheminism," that is, repurposing feminism to suit the singer's desire to support gender equality while reinforcing traditional gender norms. Everybody wins!

No matter how many times you sing "Happy" to Wal-Mart employees, they will not be happy. If you help Wal-Mart raise their wages, cut their hours, or meet their other workplace demands, then perhaps. But declaring that Wal-Mart is "making the world a happier place" sadly doesn't make it so.