Mets second baseman Daniel Murphy: Being a dad is more important to me than being a baseball player 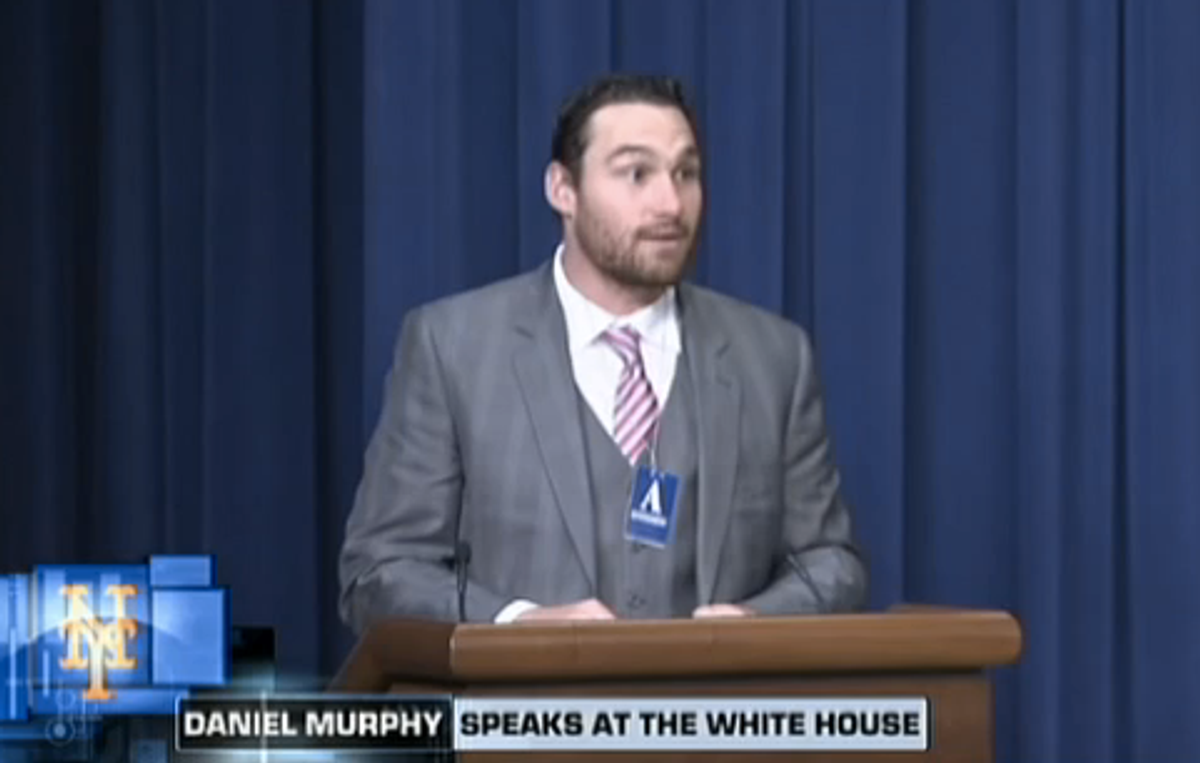 Remember when Daniel Murphy wanted to be with his wife while she was giving birth to their son? And remember how Mike Francesa was like, "Why would you do that? That is a very strange thing to want to do"? The whole ridiculous incident -- a man wanting to be present for the birth of his son -- seemed so unusual in professional sports that it thrust Murphy into the spotlight as a nice guy and dedicated father, which is why the White House tapped him to speak at its Working Families Summit.

Murphy addressed the crowd at the Monday event, and said some really nice things about how he views himself as a father first, baseball player second.

“When Noah asks me one day, ‘What happened? What was it like when I was born?’ I could have answered ‘Well, Stephen Strasburg hung me a breaking ball that day, son, and I slammed it into the right-field corner,’” Murphy said. “But, I think it’s going to go so much further in that I’m the one who cut his umbilical cord. And long after they tell me that I’m not good enough to play professional baseball anymore, I’ll be a father. And I’ll be a husband. So that was a reason on the front end that I wanted to be there for my wife and for my son.”

This is such a basic thing. He had a kid and wants to be around for that kid and raise that kid. This isn't extraordinary parenting -- it's parenting. That said, it does seem somehow exceptional in the macho context of professional sports. And because of broader cultural attitudes that don't seem to think fathers have a role to play in nurturing and emotionally supporting their children and families.

This part of Murphy's remarks was pretty cute, too: