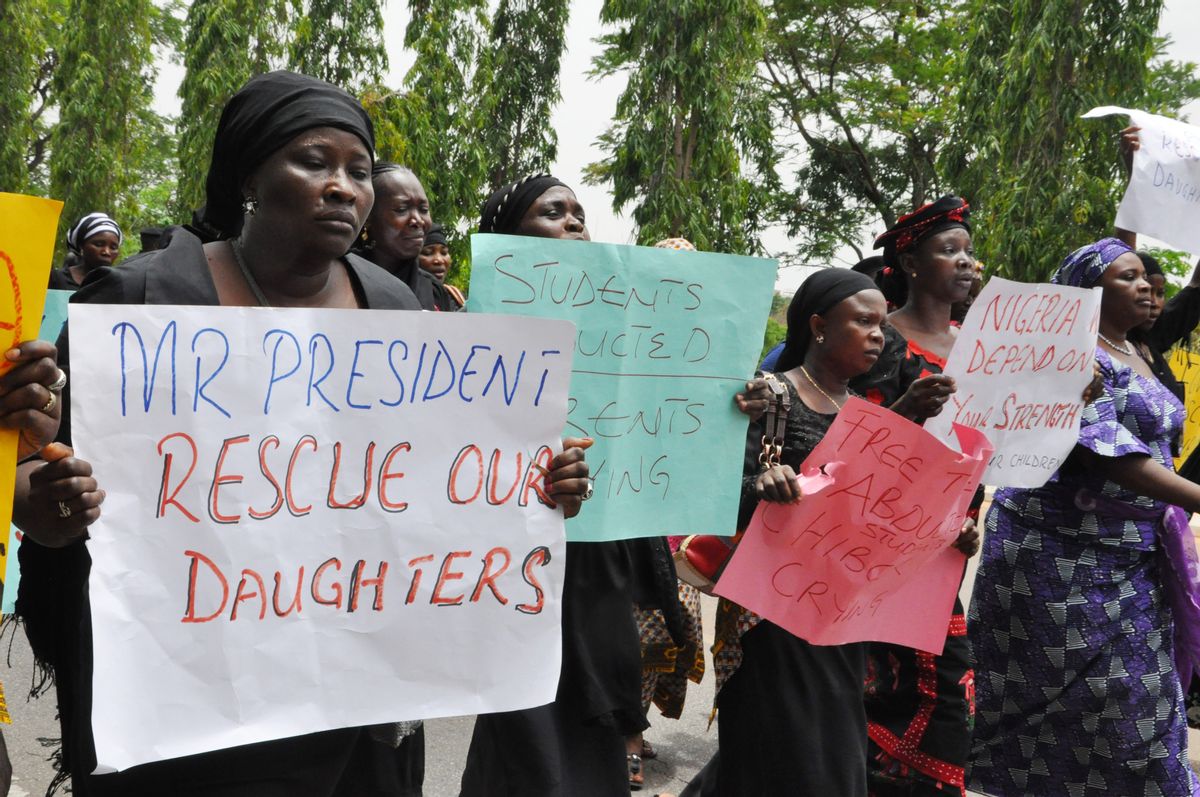 Gunmen abducted 20 women from the village of Garkin Fulani in northeastern Nigeria, according to a report from the Associated Press. The news of the mass abduction comes as the 272 schoolgirls kidnapped by Boko Haram militants remain in captivity.

No group has claimed responsibility for the attack, but Boko Haram is suspected. This is only the latest in a series of mass abductions in Nigeria, a crisis that the military seems ill-equipped or disinclined to handle, leaving a collection of vigilante groups on patrol in an attempt to prevent further kidnappings.

The attack was the latest reminder of how vulnerable the northeastern corner of Nigeria has become, despite President Goodluck Jonathan's declarations of war against Boko Haram. The country's military was nowhere to be seen during the hourslong raid, said a member of the state government there.

Instead, the job of preventing more kidnappings has fallen to a group of vigilantes who say they have been left with only hunting rifles, fashioned from car parts and scraps of wood, to go up against the rocket launchers and heavy machine guns of Boko Haram.

The Nigerian government couldn't be reached to comment about Monday's incident, but it has maintained that its military is performing valiantly.