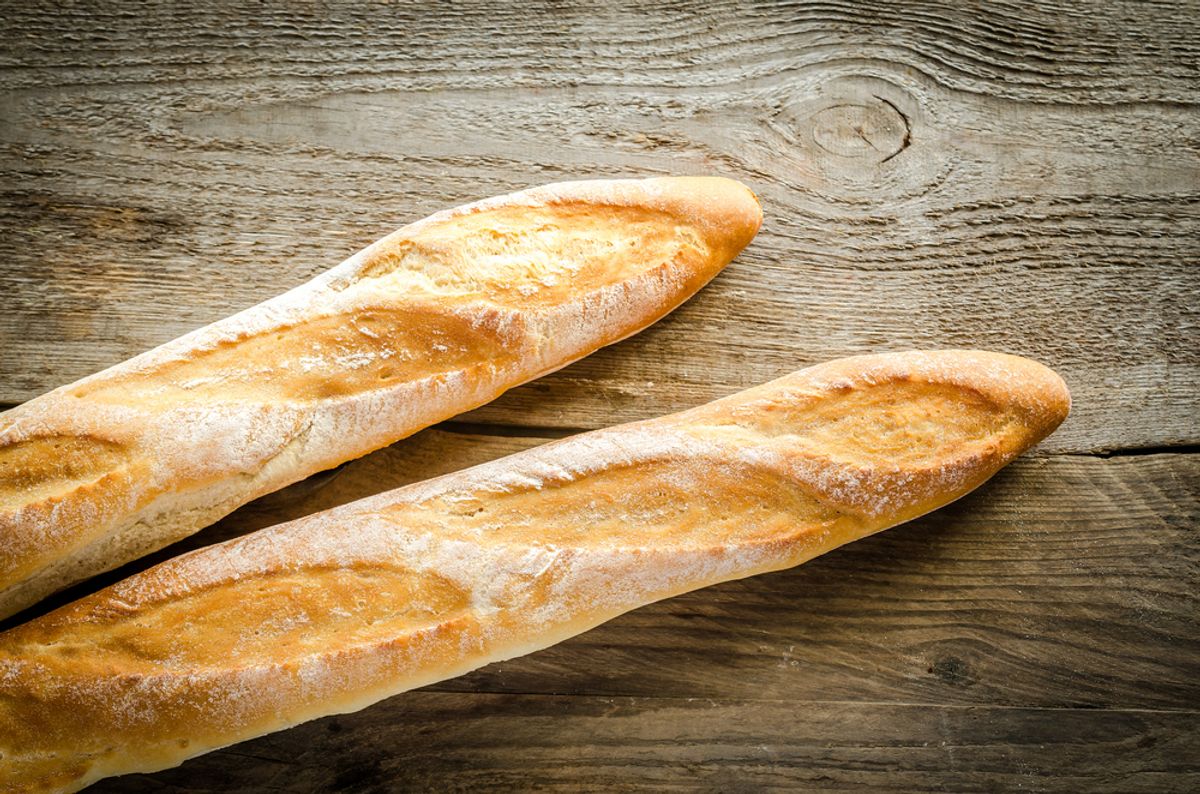 Panera announced last week that it's cleaning up its food, pledging to rid its cafe and bakery products of all artificial flavors, sweeteners, preservatives by 2016. In so doing, it appears to be one-upping Subway, which made waves when it announced earlier this year that it's removing azodicarbonamide (forever immortalized as the "yoga-mat chemical") from its own bread; and chains like Chipotle and Starbucks, which have previously expressed their commitment to reducing additives.

Among the additives being ditched by Panera, as USA Today first reported, is a long list of chemicals found in popular food items:

As reported, it definitely looks like a lot of things we don't want in our food. Sodium nitrite, for example: The Center for Science in the Public Interest warns that this chemical, commonly found in red-meat products, is one to avoid, because of its link to the formation of certain cancers. Caramel coloring, too, is an additive that CSPI advises consumers to stay away from, and one that Panera says it has already eliminated.

The rest of the additives, though? CSPI urges caution with some (sodium benzoate, carrageenan if you're an infant); but most, it finds, "appear to be safe." Sure, that's not the same as saying "this should definitely be in your food," particularly when there's no clear nutritive benefit. And there are serious reasons to be concerned about the efficacy of the FDA's regulation of food additives. But as a general rule, when a watchdog group grounded in science-based advocacy gives something the OK, there's probably no need to lose sleep over it. Especially when you consider the other additives that went unmentioned in Panera's announcement: sugar and salt, for example, which continue to be found in Panera's offerings in abundance, and which arguably have a much greater overall effect on public health through their well-documented contributions to things like obesity and heart disease.

Put another way: You can take out all chemicals from a baked good, said John Coupland, a professor of food science at Penn State, but what you're left with is "still cake."

That simple truth is an important one, because the announcement that a fast food company is making its food more "natural" can come troublingly close to suggesting that it's made its food more healthful. It's hard to compare the obvious harm caused by an overabundance of sugar, for example, with the harm posed by potassium lactate -- another one of the artificial additives of which Panera is purging from its products -- which isn't found in CSPI's sizable database. According to Lisa Lefferts, a senior scientist at the organization, it's not just viewed as safe -- and it might even be beneficial. The additive, Lefferts explained, can inhibit disease-causing bacteria like listeria; potassium, moreover, is an "essential mineral that can help counteract sodium's ability to raise blood pressure."

Representatives from Panera were unavailable to comment on the decision, but a spokesperson directed Salon to the company's  “Comprehensive Food Policy,” which is couched in a “commitment to clean ingredients, transparency, and a positive impact (on the food system) rooted in craft.” The commitment is impressive, covering a lot of things that the rest of the fast food industry would do well to imitate, and that conscientious consumers should demand: Panera's already eliminated trans fats ("with one exception"), worked to source fresh produce and antibiotic-free meat, and claims to be paying attention to everything from sustainable fishing to responsibly sourced palm oil.

The additive purge is a striking case of the company responding to consumer demands, as was Subway's quick response to its bread scandal -- but consumers, Coupland suggests, might want to rethink what they're demanding.

Azodicarbonamide, as he acknowledged on his blog, does pose at least some potential health risks. It was probably a good idea for Subway to get rid of it, he told Salon. Even still, "by the time it got labeled as a yoga mat chemical, nobody was interested in what it did anymore.” The hype, in other words, appeared to be mostly grounded in a fear of science. By lumping together all chemicals under one category -- "bad" -- Panera skips over that nuance.

“Just because it has a scary name, just because it’s unnatural, isn’t the right prism for looking at this," Coupland argues. "It makes people feel better, but I think you need to have some sort of scientific judgment for whether it’s doing something good for us or not.”

The removal of most, or even all, artificial additives from food, and the move away from the industrialization of the food system that such a move symbolizes, is by no means a bad thing, especially when there's still a lot we don't know about the safety of many additives. But it might be overstating it to think of Panera's big announcement as "radical" change, in terms of the impact it will have. "Panera's intention to eliminate artificial food additives is a good step in the right direction," Michael Jacobson, the executive director of CSPI, added in a statement to Salon. He was careful to point out, however, that the new policy doesn't yet apply to beverages, which will continue to contain questionable ingredients like dyes and sweeteners.

"More broadly, though, the company has made an enormous effort to make mostly changes that are totally cosmetic ... without any substantive benefit to consumers," Jacobson said. "If Panera really wanted to promote its customers' health, it would cut the salt, sugar and saturated fat -- huge amounts of which are present in some of its products -- as well as offer more whole grain products, fruits, and veggies."