A "Fargo" star's weight-shaming tweets get it right

Allison Tolman got told, again and again, that she was too heavy. Then she shot back 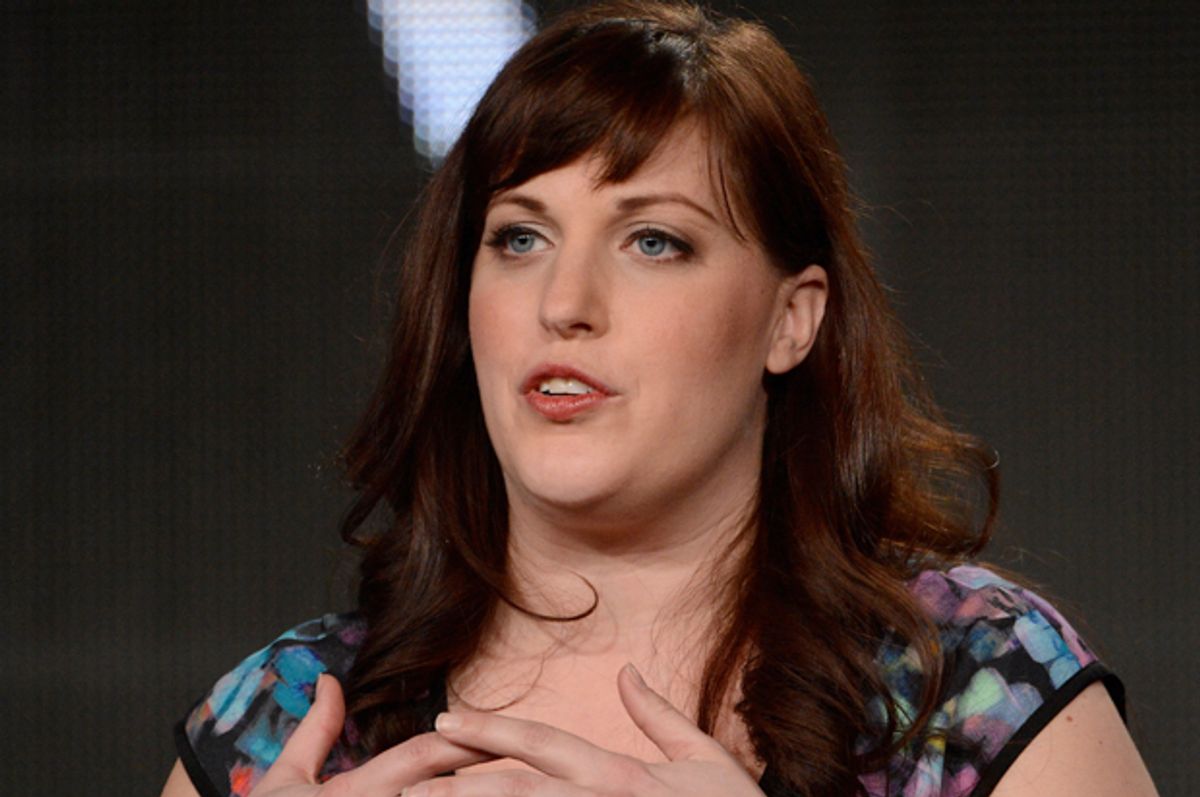 Yesterday, Allison Tolman, star of the FX show "Fargo," took to the Internet to defend herself against critics of her weight, tweeting that "I'm not fat" -- she was just covered up by a puffy coat on-screen.

Tolman's self-defense represented a new twist on an old story -- tweets like this or this get thrown at more or less every woman with the audacity to step in front of a camera. But Tolman got across, in a simple few tweets, not merely that her critics were wrong on the facts but wrong on the merits of their argument, such as it was.

But in general, female stars' complaints about the pernicious culture of fat-shaming online tend to go in one direction -- I'm not fat at all! The critique isn't that it's morally wrong to mock a stranger for her weight, it's that it is empirically wrong to call a woman who is thin anything but! In the late 2000s, both Tyra Banks and Jessica Simpson, mocked online for their body shapes, went on magazine covers (People and Vanity Fair, respectively) with the same headline: "You Call This Fat?" Around the same time, actress Kirstie Alley responded to critiques of her weight by shedding pounds and appearing on "Oprah" in a bikini, as though that could possibly assuage critics.

The point, here, was that Banks and Simpson were world-class beauties who, given the particulars of their appearance, could not reasonably be derided -- the notion that calling other women fat might be wrong was a nuance that got elided. And the critics of Alley may indeed have had a point, but once she got thin, they couldn't say anything! It was, evidently, she who'd needed to fix herself.

By contrast, Tolman's description of herself as "not fat" isn't just the same old defense that places the star at the center of the universe -- there's room, there, for other women whose bodies are subject to endless scrutiny. The very point, or part of the point, of putting Tolman's character in a heavy coat is to remove her body from scrutiny; she's not meant as an object for male viewers to examine. But men found a way!

Tolman's character and the manner in which she was dressed provided viewers an option to look solely at acting style, with traditional aspects of how starlets are ranked taken off the table. That Tolman felt compelled to say she, herself, is not fat is an unfortunate consequence of Web culture -- but that she followed it up by noting that no woman should be defined by her size provides a little hope that sensible and smart performers can break through the ingrained culture of image.

Later on in the evening, Tolman tweeted that she was having a salad with half a bottle of wine -- a combination of frankly acknowledging and dismissing the Hollywood standards for what is "good" that Hollywood could use more of.