Amazon makes a mess with Lego

What madness is this? The "Everything Store" is blocking pre-orders of "The Lego Movie" 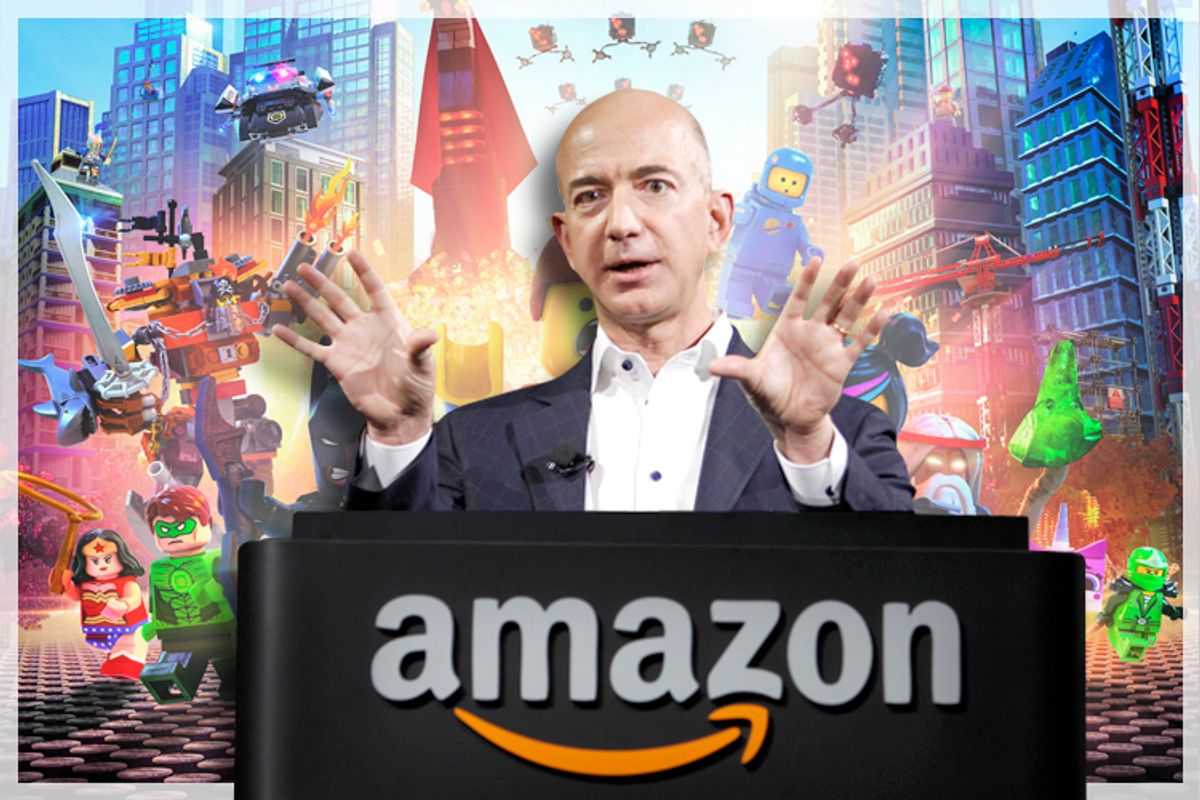 What is Jeff Bezos thinking? At the New York Times, David Streitfeld reports that since mid-May Amazon has been blocking pre-orders for Warner DVDs -- including "The Lego Movie." At issue is the same underlying dynamic at work in Amazon's fight with the Hachette publishing conglomerate: Amazon is meeting unprecedented resistance as it pressures its suppliers to lower their prices.

The confrontations indicate that Amazon’s long-stated desire to sell everything to everybody might be taking a back seat. The biggest book release in the middle of June is the new J. K. Rowling novel from Hachette; the biggest movie is “Lego.” Amazon is basically telling its customers to go elsewhere for them, which is a very un-Amazon thing to do.

The Hachette showdown showered the normally publicity-conscious Amazon with a hailstorm of bad press, but Streitfeld writes that "Amazon’s tactics with Warner Home Video are unlikely to provoke as much of an uproar, since DVDs do not carry the cultural weight of books." I'm not so sure about that. Lego is a brand name with serious weight in key demographic circles -- namely, parents of Lego-obsessed kids. "Amazon blocks Lego" is a sound bite with  brand-name punch. How long can Bezos bear seeing articles that include sentences like "First they came for Harry Potter's author, and now they have come for your Lego"?

The really interesting question, however, is whether the decision makers at Hachette and Warner Home Video have sensed some kind of cultural turning of the tide in which they believe it is now acceptable to stand up against Amazon. Are hoary old media dinosaurs capitalizing on a growing sense of public unease at the power of the new tech economy titans?