"We are openly, proud gay people, who love science!" 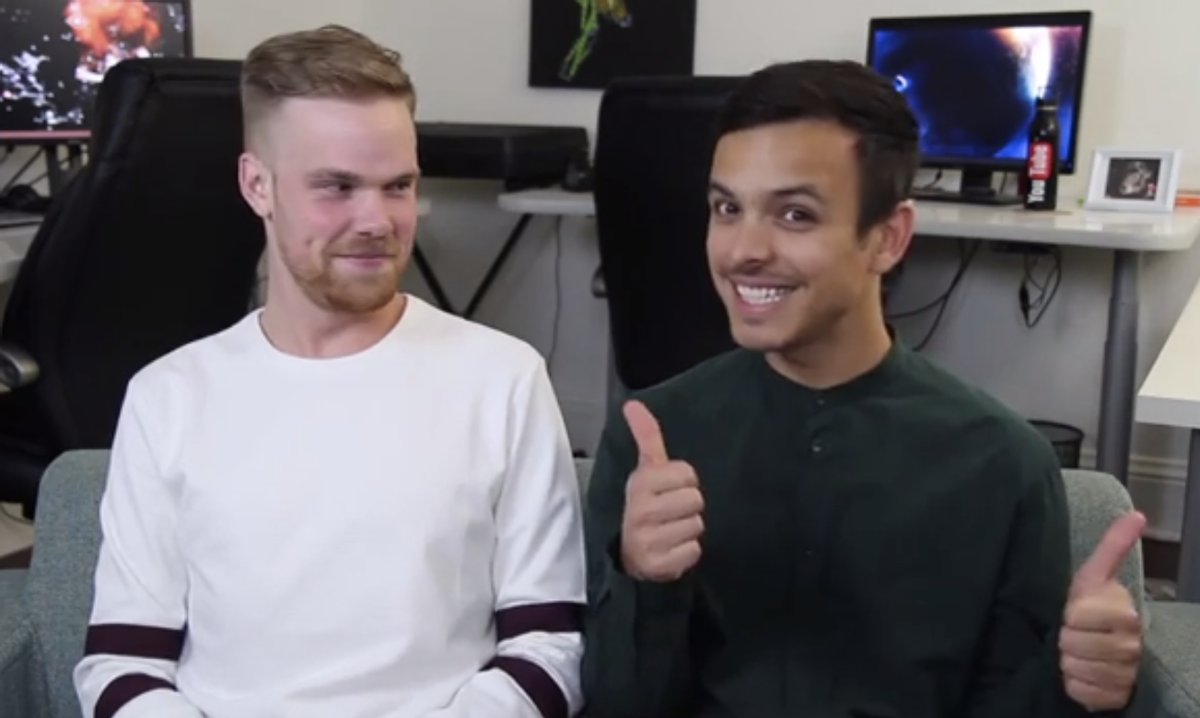 Greg and Mitch from AsapSCIENCE and AsapTHOUGHT (screenshot)
--

While plodding through the Internet, you've probably come across an AsapSCIENCE video answering a cool science related question. YouTube channels AsapSCIENCE and AsapTHOUGHT are a wealth of simply illustrated information. These awesome and educational videos explain the scientific background of all sorts of everyday phenomena: Is gluten really bad for you? Why do we yawn? Why are some people lazy?

Today, the creators of these two channels shared what might be their most powerful and impactful video to date: "Coming Out Twice." In it Gregory Brown and Mitchell Moffit, proudly state that while their YouTube experience has been mostly positive, they've encountered a lot of vitriol and homophobia. To combat this, the two, who are partners and have been together for 7 and a half years, decided to make this video to "come out, again."

"Interestingly it is actually pretty difficult to find role models in this space," Moffit says. "Yes, there are some amazing YouTubers in the LGBTQ community online, but where are the ones in education, and science more specifically?"

"Where are the role models that are showing kids that they can be smart and intelligent and successful and be gay at the same time?" Moffit asks. "Where are the ones that can tell them it's not all about their personality and looks that will get them through in life?"

The two also address sexism, and  the importance of minority representation in the science community. The video can be watched below: