Eric Cantor got what he deserved: A political fraud's stunning demise

Immigration foes killed the majority leader, as they’ll kill the GOP. It couldn’t happen to a more swell guy 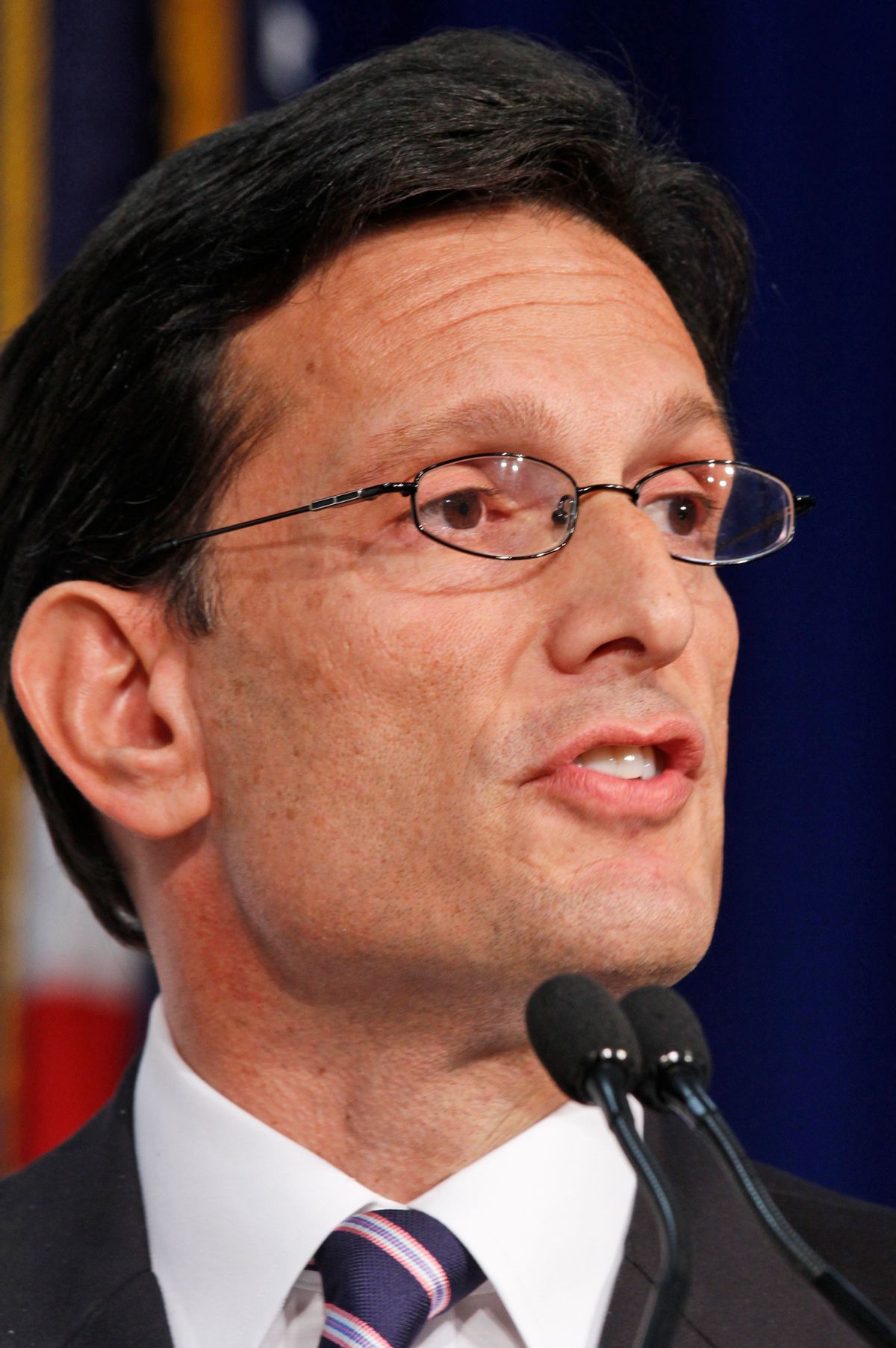 Around 8 p.m. MSNBC began running B-roll footage of House Majority Leader Eric Cantor as though he died, and, well, he did politically. None of the major networks were prepared to cover a major election upset. In a GOP primary season where the big story had been the GOP establishment beating back the Tea Party, the story turned on a dime with Cantor’s stunning defeat. He is the first majority leader in history to lose in a primary in his own party since 1899.

This is a huge victory for anti-immigration extremists, including Ann Coulter, Matt Drudge, Laura Ingraham and Mickey Kaus. Drudge is mocking Salon for writing that Cantor was likely to beat unknown far-right economics professor Dave Brat, but in fact Jim Newell got the pulse of the race right. Brat had accused Cantor of shoving immigration reform down the party’s throat – the right is obsessed with things being forced down their throats? – and with recent news about children crossing the border from Mexico vainly hoping for congressional sanity in the form of an immigration deal, the issue had new heat.

Of course Cantor was last seen trying to tell his voters that he was fighting Obama’s “amnesty” plan, but it clearly didn’t work.

But it couldn’t happen to a more deserving guy. Cantor is another conscience-free Republican leader who courted the Tea Party when it seemed politically advantageous and then tried to run from it when it was clear it was going to bite him in the ass. He began plotting against President Obama the night he was inaugurated, and joined with Paul Ryan and Kevin McCarthy to promote their goofy, arrogant “Young Guns” slate of 2010 candidates. But they helped the GOP take back the House, and they were proud of channeling the Tea Party’s anger to help their party and hurt Democrats.

Cantor was key to scuttling a bipartisan solution to the 2011 debt ceiling standoff (which some Democrats, myself included, probably want to thank him for). He boasted to the New Yorker’s Ryan Lizza that it was a “fair assessment” that he was the man behind House Speaker John Boehner’s pulling out of Grand Bargain talks with President Obama during the Grand Bargain negotiations of 2011. He argued that it was better to use the issue in the 2012 election.

This point of view, of course, cost Mitt Romney the White House, and also led to the 2013 government shutdown, but Cantor's right-wing power play couldn't save his political career. He’s been playing with fire, and finally his career went up in smoke. He spent an astonishing $5 million – only 2 percent of it raised in small contributions – to Brat’s $122,000.

This, of course, means there will be no immigration reform at any time in the foreseeable future. Long-term this is political suicide for the GOP, but its leaders are focused on 2014 and believe the key to success is turning out its anxious older white base. Tonight's VA-07 result will only reinforce that conviction. But the 2016 race also got upended tonight. There’s been growing chatter about Jeb Bush mustering the gumption to make a run, now that Chris Christie seems mortally wounded, but it’s really hard to see  anyone who called families crossing the border to the U.S. “an act of love” winning the GOP primary right now.