From Stephen King to Slenderman: Why the horror genre is particularly horrible for women 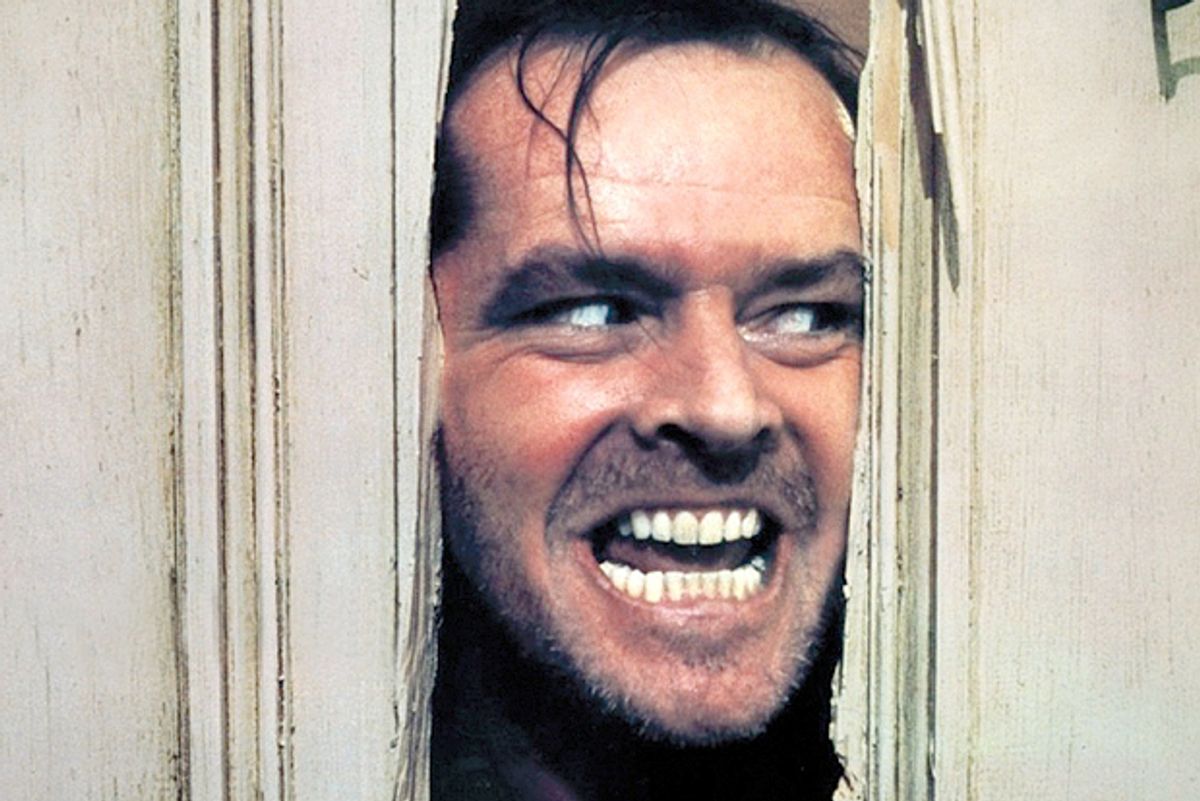 Jack Nicholson in "The Shining"
--

When two 12-year-old girls went to court last week for the attempted murder of a third — ostensibly to appease a mythological creature — the horror genre came under the American spotlight once again.

The three girls knew each other from Horning Middle School in Waukesha, a suburb of Milwaukee, where the alleged stabbers claimed the crime was an attempt to become proxies of the mythic Slenderman, an online horror meme. The girls clearly have problems distinguishing truth from reality, but police heard their tale as one of causation. Even as the victim recovered from 19 real-world stab wounds, police named an accomplice in the crime: the World Wide Web, aka an online horror cult. “Unmonitored and unrestricted access to the Internet by children is a growing and alarming problem,” the Waukesha police chief told reporters. “This should be a wake-up call for parents. Parents are strongly encouraged to restrict and monitor their children’s Internet usage.”

Parents did, expressing particular concern for girls’ online behavior. Some told the Milwaukee Journal-Sentinel they would closely monitor daughters’ Internet activities, a defensive gesture that loses meaning if we peek at the school’s library. There, horror, fantasy and sci-fi titles — many aimed at girls — all encourage kids to read offline. Further complicating the call for parental monitoring is that one of the alleged stabbers’ parents seems to have been a horror fan himself. Who’s to monitor taste?

Experts weighed in. MIT professor Sherry Turkle characterized the attempted murder as "a tragic story about our vulnerability to a medium where the lines between what's real and what's a game are blurred" in the Wall Street Journal. She added that we — society — aren’t providing “enough guidance” for 12-year-olds to determine right from wrong “when a website tells them to kill someone." Of course, the same complaints were lodged almost 30 years ago against the role-playing game Dungeons & Dragons. It, too, blurred the lines between reality and fantasy. It also instilled a whole generation with the dominant gene for Harry Potter fandom.

It’s easy to downplay such a stance in relation to the events of Waukesha: Normal 12-year-olds certainly know more than you or I do about how the Internet works. Plus, there aren’t NGOs devoted to awareness campaigns about not murdering people because we already know that it’s wrong. It’s in the effing 10 commandments. Then again, in times of war or punishment for crime, the government commands murder, all the time. Is it any wonder we’ve never resolved the public debate about how the kids today should spend their free time?

Except that once, we did. And it did nothing. In 1954, parents, librarians and a zine historian named Frederick Wertham teamed up in congressional hearings to charge that horror comics were making kids violent. The comics industry, fearing the implementation of a censorship board, agreed to self-monitor. Thus the Comics Code Authority, with specific concerns for girls’ media, was born. It remained in place until 2011.

Fifty-seven years of industry-wide self-censorship in America, with no proven effect on youth violence. It’s no wonder horror creators are so quick to acknowledge a moral ambivalence in what they do. Some, like Stephen King, defend the genre in terms of its ability to reflect cultural and political anxieties. Others avoid mentioning their vocation in polite company.

“All it takes is one person to do something insane and radical,” an administrator wrote at Creepypasta, the site the Waukesha girls gave up to police. “There is a line between fiction and reality, and it is up to you to realize where the line is. We are a literature site, not a crazy satanic cult.”

Claims toward the “literariness” of horror may fall on deaf ears for most Americans, but Slenderman fits standard horror media tropes. Tall and skinny, with indistinguishable facial features and a black suit, he was created five years ago in an online challenge to, more or less, invent a fake mythological creature (this one happens to be derivative of the much older German myth, der Grossman). An in-kind response to found-footage horror films, which claim to present video footage as documentary evidence of terrifying events, the project of Slenderman has been taken up by fan communities as something of a common cause. Dudes, mostly, add to and perpetuate the paramythology with posted “sightings,” “warnings” and “evidence.” A “Slenderman documentary” search on YouTube, for example, nets 32,000 results, many from individual users. And he’s got a catch: The more you find out about him the more likely he is to come after you.

It’s perfect fodder for preteen obsession. And it’s gendered: A distressing number of comments from women in online forums profess a sexual attraction to the faceless, tentacled entity. “Usually, there’s things that guys like, there’s things that girls like, and that’s the way it’s going to be,” a director of a Slenderman film explains. “Not only do a lot of young males like this but also a lot of females. You don’t really see that in a lot of already established stories.”

It’s true: The horror genre overall is heavily gendered. Of 74 films I scored on gender issues last Halloween, 95 percent were directed and 93 percent written by men. Women held leading roles 42 percent of the time, and made up a smaller 31 percent of non-lead cast members, although they contributed 44 percent to the on-screen death toll. Significantly, films by women directors or writers had no less gore or sexual violence than films by men.

In other words, depicted violence against women outpaces job opportunities for women in the medium, while women in creative control have proven themselves perfectly willing to abide by the oft-misogynist norms the medium explores. Even the Bechdel test for female agency in media serves primarily as an indicator not of who will survive a plot, but of whether the body counts of women will surpass those of men. (They will.)

So horror doesn’t really do anyone any good — but it's particularly bad for women. Like it or not, though, media (whether online or off) isn’t something people generally use in ways that benefit the world. Horror persists because it is sometimes the only appropriate reaction to a world in which, let’s face it, horrific things happen.