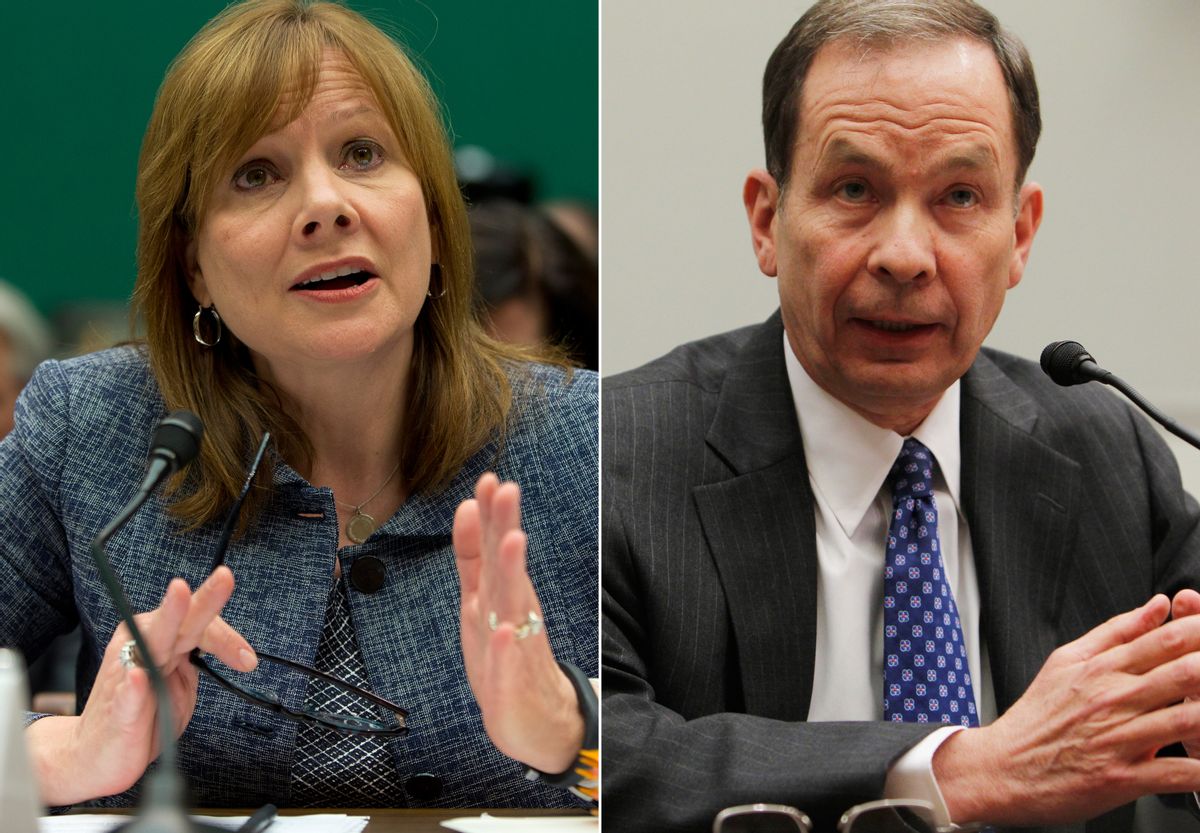 In this combo made from file photos, General Motors CEO Mary Barra testifies before the House Energy and Commerce subcommittee on Oversight and Investigation on Tuesday, April 1, 2014, left, and former U.S. Attorney Anton R. Valukas testifies before the House Financial Services Committee on April 20, 2010, on Capitol Hill in Washington. Barra and Valukas will appear on June 18, 2014 before the House Energy and Commerce Committees oversight subcommittee, the panel announced Wednesday. (AP Photo/Evan Vucci, Charles Dharapak) (AP)
--

WASHINGTON (AP) — General Motors CEO Mary Barra will be back in front of Congress next week to be questioned further about how GM allowed a deadly defect in an ignition switch to go undisclosed for more than a decade.

Barra will appear on June 18 before the House Energy and Commerce Committee's oversight subcommittee, the panel announced Wednesday.

Valukas's report blamed the delay on a dysfunctional corporate structure and misconduct or poor decisions by some employees. The ignition switches have been linked to more than 50 crashes and at least 13 deaths.

GM forced out 15 employees last week after Valukas's investigation found that they failed to act on the problem. Five others were disciplined.

A subcommittee of the Senate Commerce Committee also is expected to hear from Barra and Valukas in the near future.

Barra initially appeared before Congress in early April. At the time, she refused to answer many questions about GM's handling of the matter pending the completion of the Valukas report.

GM said Barra wants to return to Congress and report to lawmakers on actions the company is taking in response to the situation.

"These efforts include fixing the failures identified in the Valukas report, building a culture centered on safety, quality and excellence, and doing what's right for victims and their families," GM spokesman Greg Martin said in a statement.