Here is the trailer for "Dumb and Dumber To" 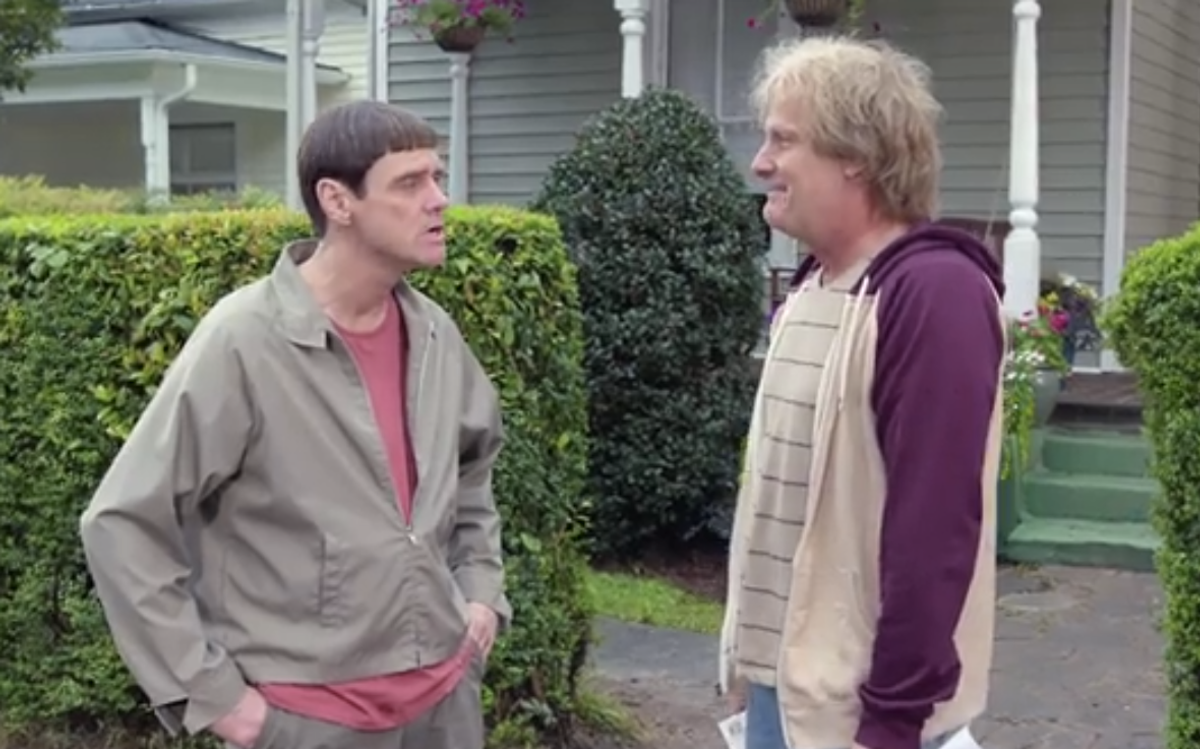 Watch the "phe-nom-en-on" that is Harry and Lloyd, reunited two decades later for "Dumb and Dumber To." Actors Jim Carrey and Jeff Daniels premiered the trailer for the sequel to their cult comedy classic on "The Tonight Show" Tuesday night and, yes, the duo is still very dumb. Turns out that Harry still lives in the same apartment, has a cat named Butthole, but now he has an adult daughter (and Lloyd, not so surprisingly, wants to date her).

Brace yourselves for lots of poop jokes (probably), bad haircuts (definitely), and general raunchiness. The movie comes out Nov. 14.