Must-see morning clip: Why is the VA using technology from the 1980s? 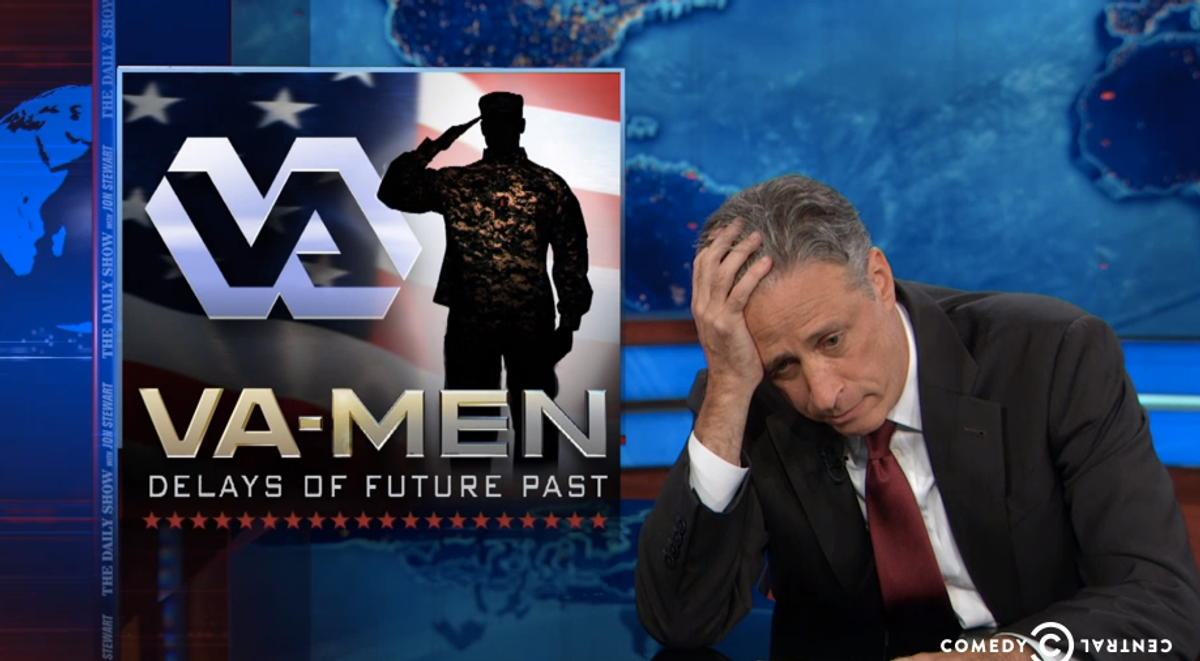 It may not be the sexiest subject, but Jon Stewart is dedicated to covering the scandal within the Department of Veterans Affairs that has resulted in deaths of several patients. As Congress' investigation into the health system continues, the "Daily Show" host was appalled to learn that the hospital's scheduling system relies on technology from the 1980s, which could have a significant impact on the delays in scheduling that led to the deaths of patients awaiting treatment. It's a deficiency that was identified by the Office of the Inspector General a whopping 18 times over several years, but no substantive changes were made. After Congress' intervention, perhaps the days of "faceless bureaucracy" are over? Haha, yeah right.