Oklahoma GOPer: "We would be totally in the right" if the state started executing gay people

"Ignoring as a nation things that are worthy of death is very remiss," said Republican candidate Scott Esk 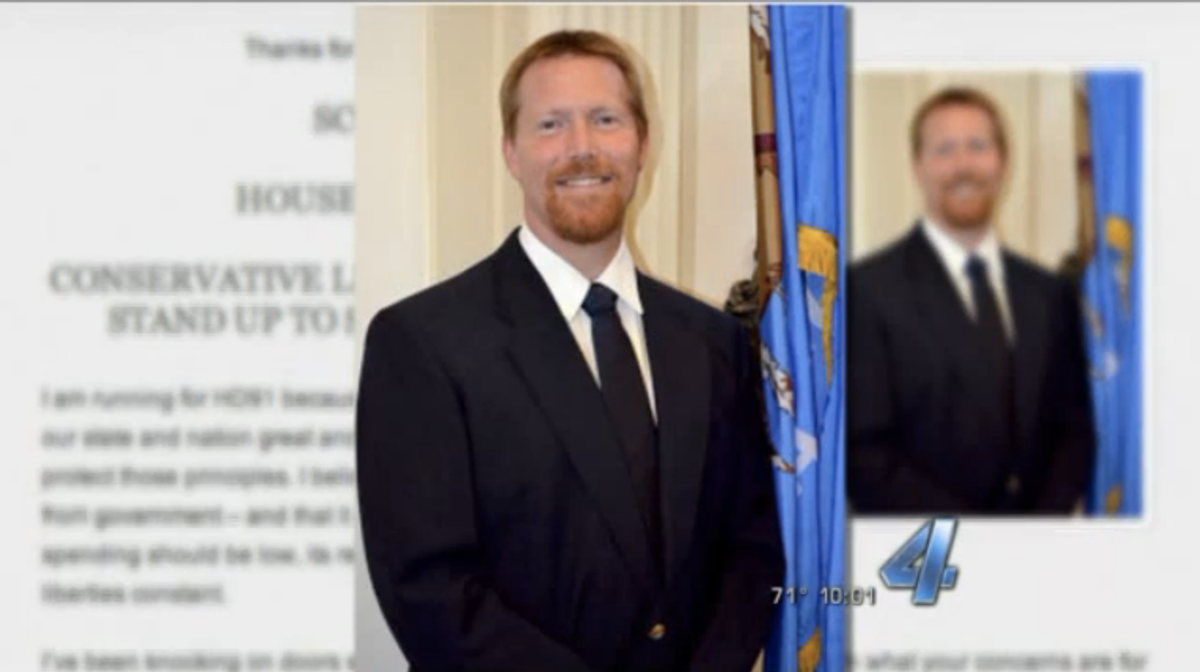 Scott Esk is a conservative Republican running for a seat in the Oklahoma state Legislature, and he says he wants to apply Biblical principles to Oklahoma law. He also thinks that gay people should be put to death by stoning. And he isn't doing much to hide the fact that he believes gay people deserve to be murdered, either.

Rob Morris, who runs a local political website, discovered Esk's views about gay people while researching each of the candidates running this year. “This is the first time I’ve ever come across an Oklahoman with this kind of fringe attitude,” he told KFOR News Channel 4.

Morris found an exchange on Esk's Facebook page from last summer in which Esk was asked if he believed gay people should be executed, "presumably by stoning." Esk responded: "I think we would be totally in the right to do it. That goes against some parts of libertarianism, I realize, and I’m largely libertarian, but ignoring as a nation things that are worthy of death is very remiss.”

Morris followed up on the issue and Esk hardly backed down: “What I will tell you right now is that was done in the old testament under a law that came directly from God. And in that time, it was totally just, it came directly from God. I have no plans to, you know, reinstitute that in Oklahoma law. I do have some very huge moral misgivings about those kinds of sins," Esk told Morris.