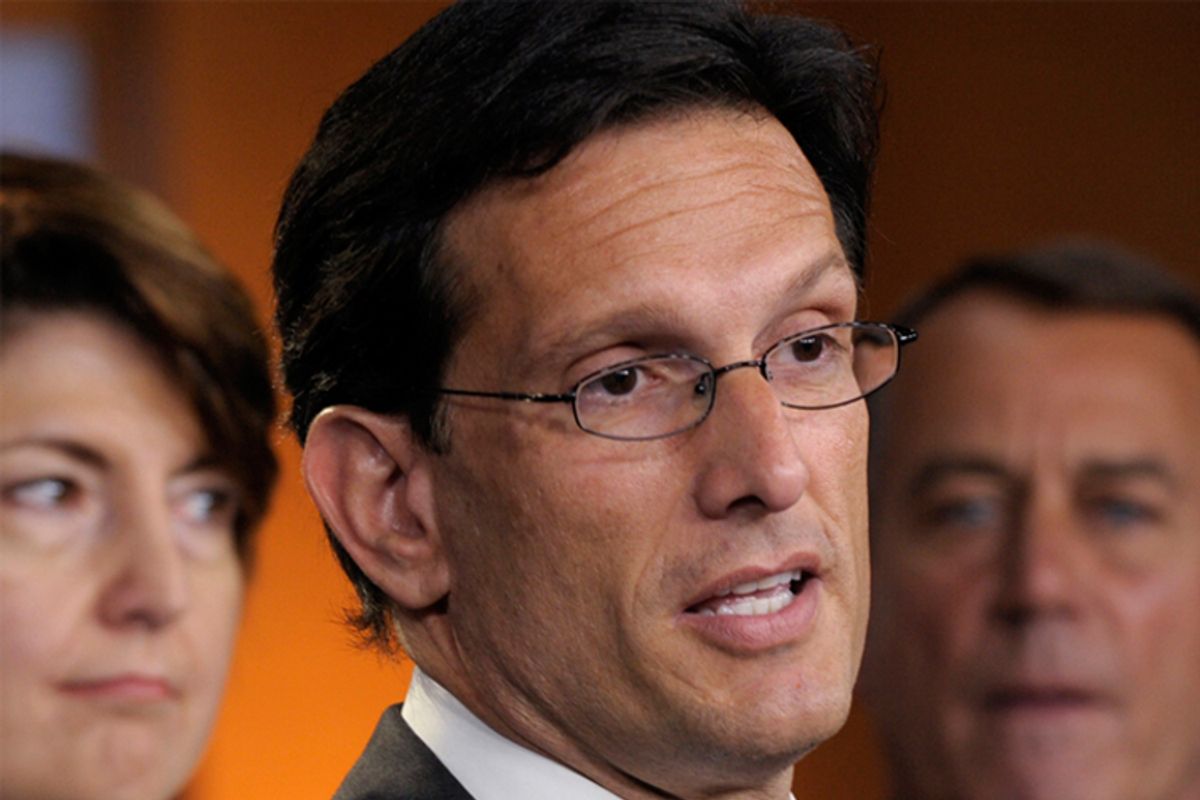 Eric Cantor will resign his post as House majority leader following his stunning primary election defeat last night, Politico and the Washington Post are reporting. Cantor, who has occupied that position since Republicans took the House of Representatives in the 2010 midterm elections, will vacate the position by July 31, according to the Post.

Cantor's loss to relatively unknown economics professor Dave Brat -- which took the Washington establishment by surprise -- caps a seven-term career in Congress that saw him rise swiftly through the ranks of the GOP. Conventional wisdom held that Cantor was next in line for the House speakership following the retirement of John Boehner's, speculated to occur following this year's midterm elections.

No word yet on who Cantor's replacement will be, although the AP reports that a number of candidates, including House Majority Whip Kevin McCarthy, R- Calif., and Rep. Pete Sessions, R- Texas, are already "jockeying" for the position.