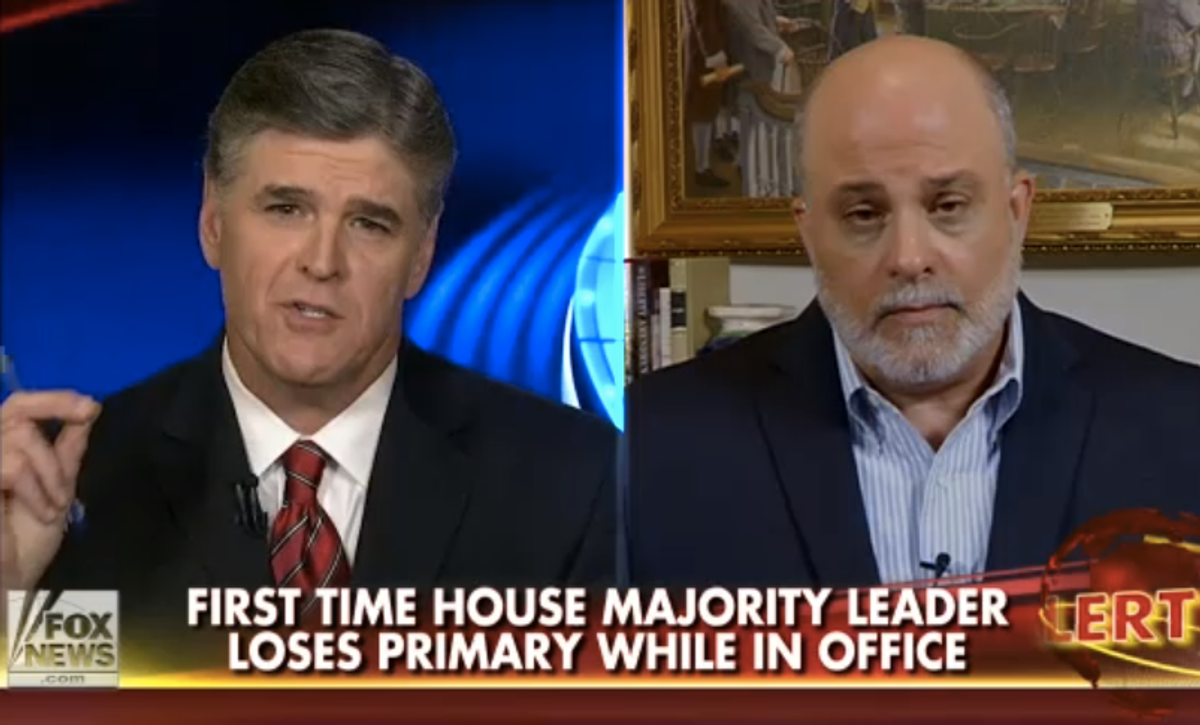 Conservative radio host Mark Levin called women "genitalia" during a Tuesday interview with with Sean Hannity on Fox News, and Hannity thought it was a totally good joke because he really understands Levin's sense of humor!

Hannity knew that some people (like the genitalias watching at home) would maybe bristle at Levin's choice of language, but those people just don't get his humor. "You might be making news with that ‘genitalia’ remark," Hannity reassured his guest. "But those that don’t know you don’t know your sense of humor."

Since Hannity and Levin are very comfortable with referring to people as genitalia, let's take a moment to note that they are both terrible dicks.