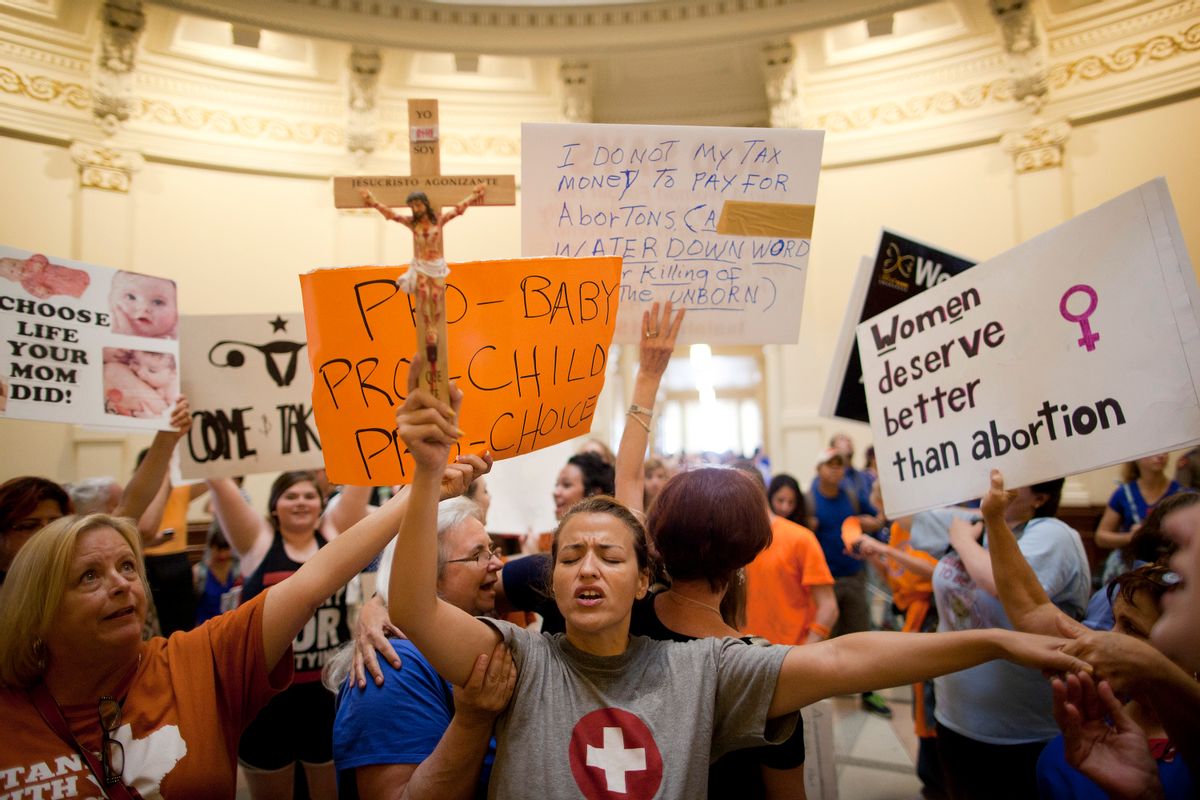 Texas reproductive healthcare providers are still fighting to block provisions of the state’s sweeping abortion law, but this week marked a small victory for two doctors in Dallas.

This April, doctors Lamar Robinson and Jasbir Ahluwalia received letters alerting them that their admitting privileges had been revoked because the hospital claimed that the physicians’ “practice of voluntary interruption of pregnancies creates significant exposure and damages to [the University General Hospital of Dallas'] reputation within the community.” Doctors who provide abortion services in Texas must have admitting privileges at a hospital within a 30-mile radius of their clinics in order to practice medicine.

Robinson and Ahluwalia sued -- discrimination against doctors who perform abortions is prohibited under state and federal law -- and on Tuesday both doctors settled the lawsuit and had their privileges reinstated. They are now able to continue to provide abortion care at clinics within 30 miles of the hospital.

On information and belief, activists opposed to abortion contacted the hospital and demanded that it revoke Dr. Robinson’s admitting privileges and sever any relationship with physicians who provide abortion. On information and belief, the hospital was threatened with an April 1, 2014 protest outside its Dallas facility if it refused to give into the activists’ demands. The day before the threatened protest, March 31, 2014, UGHD did exactly what the protestors had demanded.

It has been nearly a year since HB2 passed the Texas Legislature, and Texas has lost 14 out of its 36 clinics due to the law's admitting privileges requirement. Only 61 percent of the clinics survived the first round of restrictions, and more closures are expected. People seeking abortion services in places like Corpus Christi and the Rio Grande Valley must now travel hundreds of miles to reach the nearest clinic. Because Texas law also imposes a mandatory 24-hour waiting period, the option is to make multiple round trips -- losing time off work, time away from family and eating the costs of transportation -- or find somewhere to stay near the clinic. Come September, it is estimated that Texas -- the second most populous state in the country -- will have just six abortion providers left.