Tori Spelling and Lindsay Lohan made the leap first. Now an iconic but untalented kitty is getting a TV movie 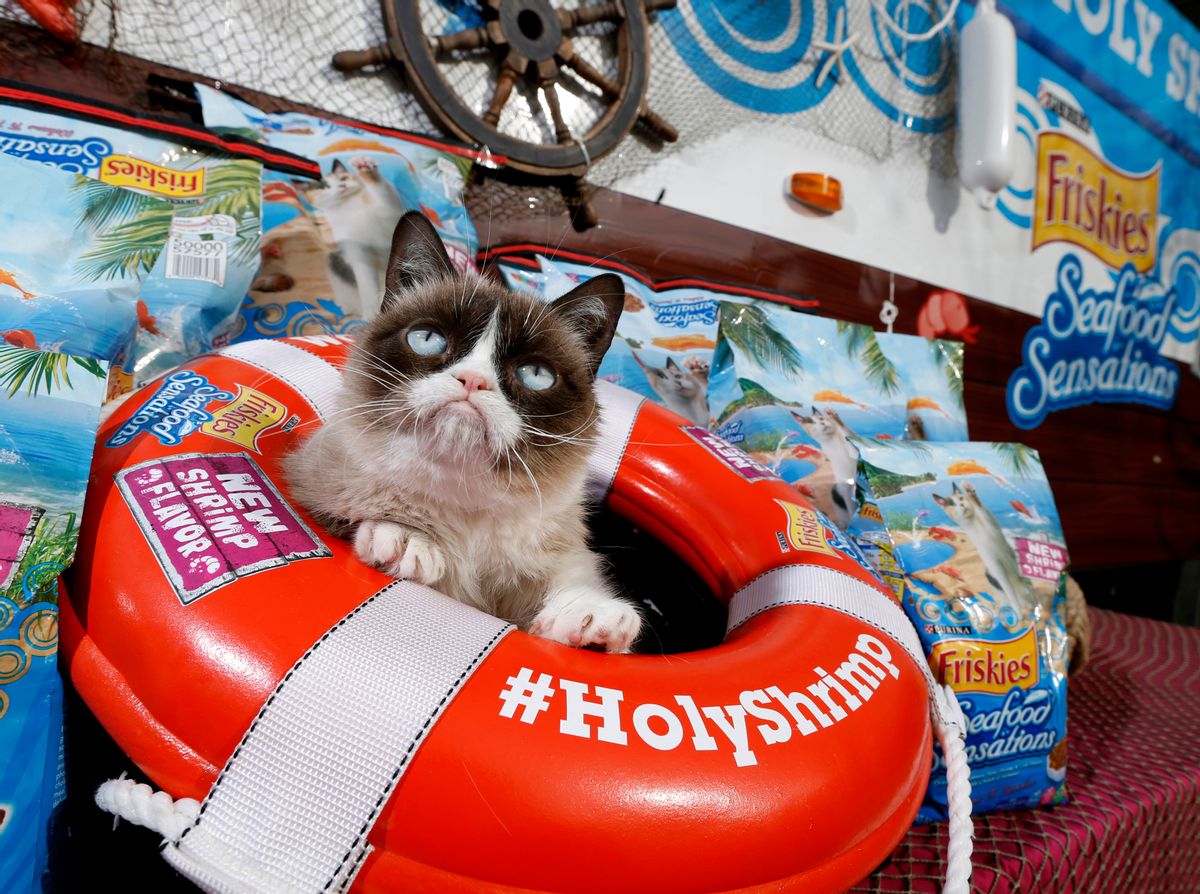 Yesterday's news that the internet meme/living feline known as "Grumpy Cat" was to get a Lifetime movie all her own was treated as somehow surprising. "A Grumpy Cat Lifetime Movie Is Really Happening," read the Huffington Post's headline. Why should it come as a surprise at all? Lifetime's long been the refuge of stars whose wattage has dimmed somewhat. Far from a star turn, the Grumpy Cat Lifetime movie may be a sign that we've passed the peak of this dejected pet's fame.

Christmas movies are a huge part of the women-focused cable network Lifetime's output, and they've been a comfortable landing place for stars of yesteryear -- combing through recent holiday offerings, one finds onetime TV Superman Dean Cain (in "A Christmas Wedding"), "Noxzema Girl" Rebecca Gayheart (in "The Christmas Blessing"), and Hollywood cautionary tale Sean Young (in "Home for the Holidays"). Outside of the Christmas space, Tori Spelling -- who went on to get a Lifetime reality show about her disastrous marriage -- made a post-"90210" career of appearing in Lifetime movies including the infamous "Mother, May I Sleep With Danger?"

The network plays a volume game: Even now, in an era when prestige-y cable networks are producing fewer and fewer original movies, Lifetime churns out enough content that it has a separate network just for its movies. Though the offerings differ wildly in substance, a sort of famous person is the hook -- recognizable on sight and bringing a bit of baggage to save on exposition, but not actually famous enough to be able to say no to the gig. As Lifetime's, lately, been producing tonier entertainments, this hasn't abated. Heather Graham in "Flowers in the Attic," Rob Lowe in "Drew Peterson: Untouchable," and Lindsay Lohan in "Liz & Dick" may have had marginally more to lose than Rebecca Gayheart or Tori Spelling, but they all bring a set of associations that act as a multiplier for audience interest. That they all are not exactly potential EGOTs acting-wise is beyond the point, or maybe precisely the point -- no star of a Lifetime movie is liable to shut the set down while finding his or her motivation.

Grumpy Cat's film is, apparently, to be a bit more insouciant than the more emotionally gloopy offerings, but Grumpy Cat is the perfect candidate for Lifetime stardom all the same. She's evidently a pro, making it through all manner of appearances without ever cracking a smile (Grumpy Cat is so grumpy because of congenital dwarfism, but all the same!). She's hungry for money but more gifted with celebrity than with talent. And she's overexposed enough to preclude interest from bigger entities. Sub "grumpiness" for "tempestuousness" and Grumpy Cat is Lindsay Lohan just before signing to star in "Liz & Dick."

And that film made Lohan some money and gave her an opportunity to do the talk-show circuit, but presaged a lengthy absence from the screen -- the Lifetime-movie rubicon is, generally, a rubicon one crosses only once. Good news for Grumpy Cat's haters, or just those who think web focus on one cat is a bit un-purr-fessional: If history is guide, Grumpy Cat's career in the public eye is close to over.