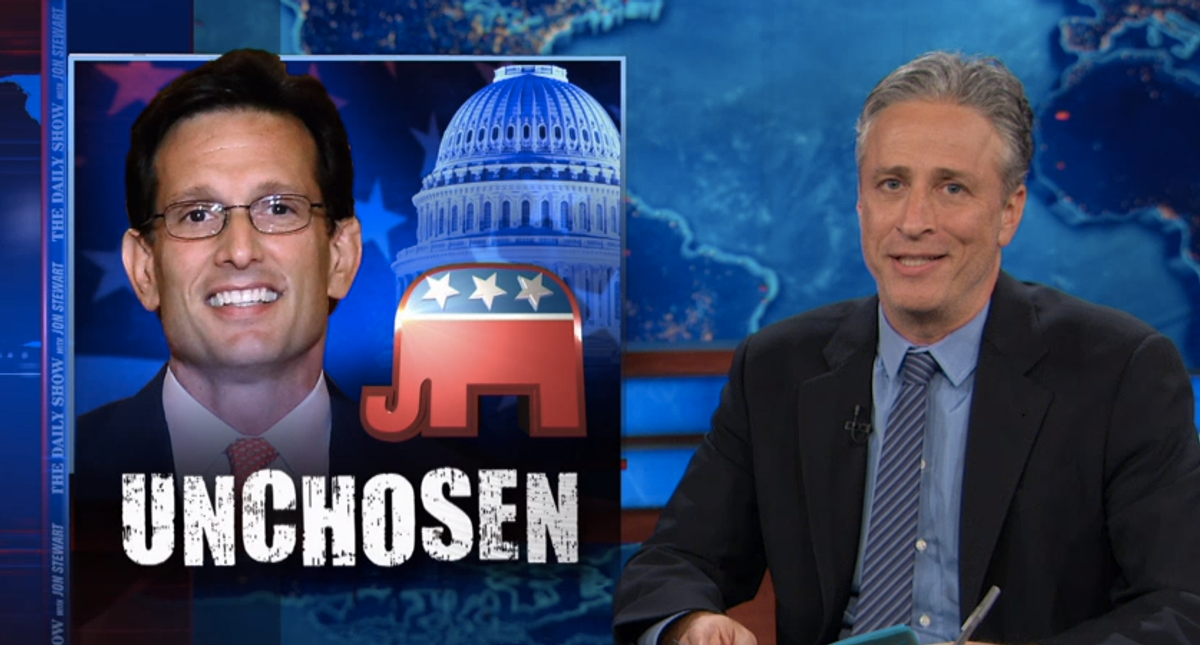 The media is in a frenzy and this time it's actually warranted, thanks to the Virginia GOP primary election that resulted in the ouster of House Majority Leader Eric Cantor. As Jon Stewart put it, "65,000 people in one congressional district in Virginia have clearly overthrown an arrogant and unsuspecting incumbent." Everyone is scrambling to figure out why and how Tea Party college professor David Brat beat Cantor, pointing to Cantor's liberal position on immigration reform. Will immigration reform be "even deader" in Congress now that Cantor's out? (What does that mean?) Wait, don't think too hard! Just sound the rally cry! "Congress' Golden Age of Cooperation and Productiveness is over!"