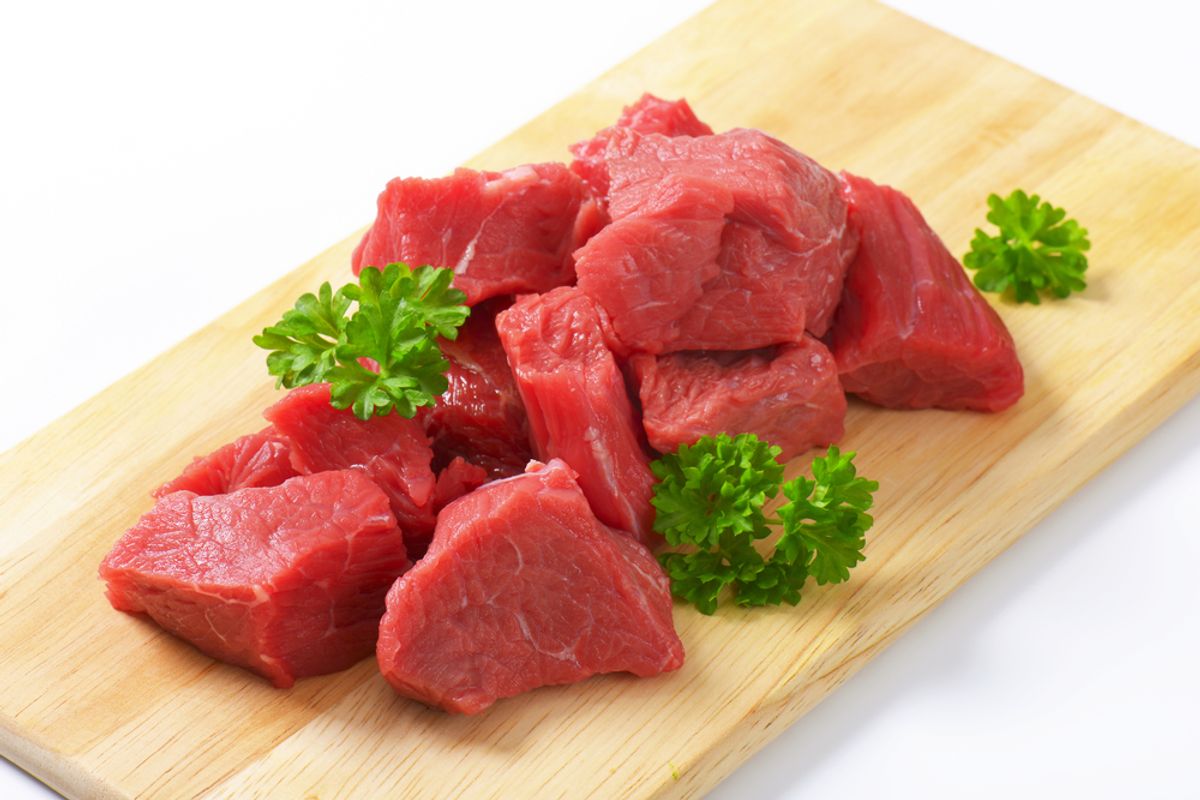 Beef processed by a Missouri company and sent to Whole Foods stores throughout New England, along with a restaurant in New York City, is being recalled over a threat of mad cow disease, the USDA announced.

How did 4,000 pounds of beef end up tainted with the disease, formally known as bovine spongiform encephalopathy (BSE)? It probably didn't: Someone at Fruitland American Meat appears not to have been keeping proper records. The rare but often fatal disease is spread when humans consume an infected animal's brain, spinal cord or digestive tract; as a precaution, slaughterhouses are required to remove the dorsal root ganglia, part of the spine, on cows over the age of 30 months. Federal inspectors say that failed to happen in this case, but the company says the cows in question were actually only 28 months old.

The USDA's Food Safety Inspection said the beef only poses a "remote" health hazard. While inspections before and after slaughter showed no sign of the disease, they're recalling the meat anyway, out of an "abundance of caution." A spokesperson for the company confirmed that the meat was off the shelves, but they're not naming the restaurant in question because the meat's probably been eaten already. No one's reported any health problems.

Earlier this month, the CDC confirmed the fourth-ever case of Creutzfeldt-Jakob Disease (vCJD), the degenerative brain disease believed to be caused by BSE. The Texas patient was believed to have contracted the disease while traveling abroad, as are the three previous patients. “We have physicians at the local level, in the farming communities, in big cities, big places like Stanford and UCLA and John Hopkins and physicians all over the United States watching for this disease to show up in humans and it's just not there," James Cullor, director of the University of California, Davis, Dairy Food Safety Laboratory, told Modern Farmer of the threat posed by the disease. "I think that supports the premise that the risk is very low to the human population.”