When television commercials run amok, Skynet's takeover of civilization can't be far behind 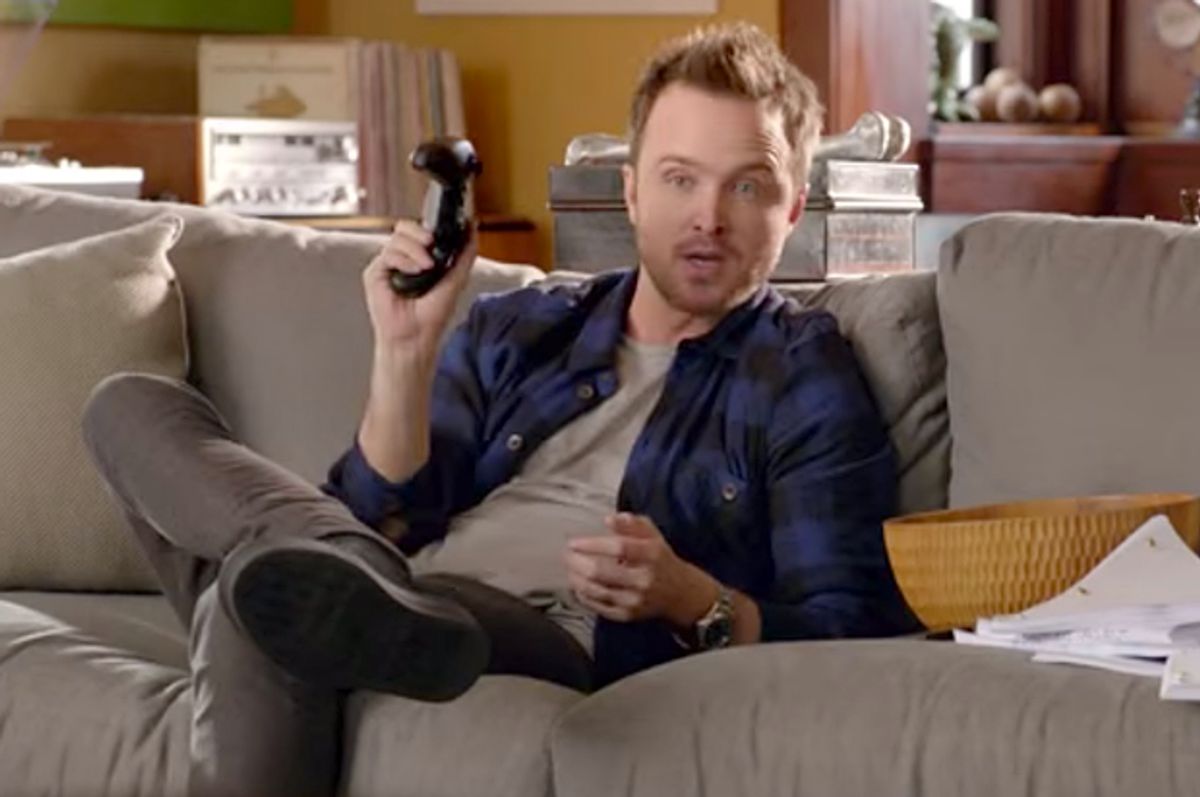 At first, the outraged cries of aggrieved Xbox gamers just sound funny. A television ad for Microsoft's gaming console featuring Aaron Paul is accidentally turning on their Xboxes and starting up their games. And it's driving them crazy.

Seriously -- Daily Dot has the story, but you can also just go to Reddit and search for Aaron Paul and you will find anguished complaints. It seems that the Xbox voice-activated Kinect controller works too well! When Aaron Paul, sitting on his couch, says "Xbox on" -- all over the world, Xboxes are going on. When he says "Xbox -- Go to Titanfall," the game "Titanfall" starts running. And so on.

The concept of a "Breaking Bad" star's television endorsement running amok is innately hilarious. We can expect to see it as a plotline on "Big Bang Theory" within weeks. But it also is a little worrisome. Our phones are already voice-activated. If the Internet of Things manifests as it is supposed to, pretty soon just about everything in our home will be waiting for our voice commands. We're supposed to be happily adjusting thermostats and ordering our coffee-makers around without ever lifting a finger.

The possibilities for more accidents, outright mayhem or an imminent Skynet takeover of civilization are obvious. Imagine -- a billion people are watching the Super Bowl, and some prankster slips a message into a TV commercial that orders every home within listening distance to run the dishwasher, turn off the refrigerator, and activate the Roomba vacuum cleaner into a zombie attack bot.