Inside America's militarized mind: How propaganda and perpetual war have poisoned our imaginations 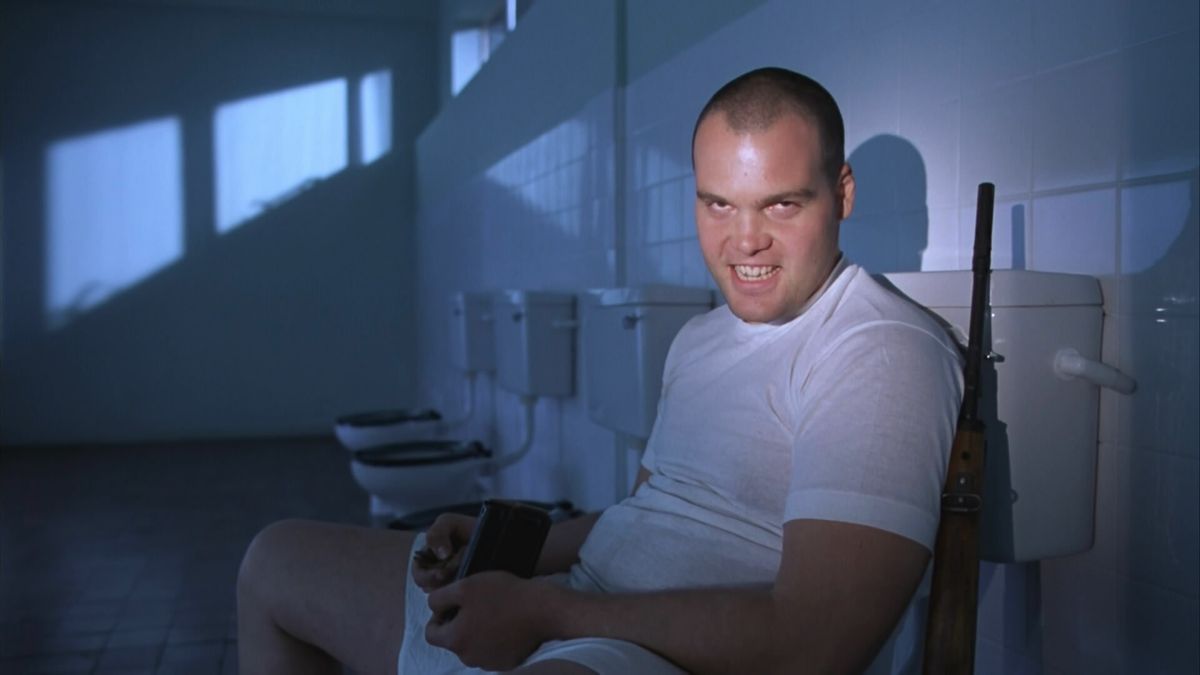 I spent four college years in the Reserve Officers’ Training Corps (ROTC) and then served 20 years in the U.S. Air Force.  In the military, especially in basic training, you have no privacy.  The government owns you.  You’re “government issue,” just another G.I., a number on a dogtag that has your blood type and religion in case you need a transfusion or last rites.  You get used to it.  That sacrifice of individual privacy and personal autonomy is the price you pay for joining the military.  Heck, I got a good career and a pension out of it, so don’t cry for me, America.

But this country has changed a lot since I joined ROTC in 1981, was fingerprinted, typed for blood, and otherwise poked and prodded. (I needed a medical waiver for myopia.)  Nowadays, in Fortress America, every one of us is, in some sense, government issue in a surveillance state gone mad.

Unlike the recruiting poster of old, Uncle Sam doesn’t want you anymore -- he already has you.  You’ve been drafted into the American national security state.  That much is evident from Edward Snowden’s revelations. Your email?  It can be read.  Your phone calls?  Metadata about them is being gathered.  Your smartphone?  It’s a perfect tracking device if the government needs to find you.  Your computer?  Hackable and trackable.  Your server?  It’s at their service, not yours.

Many of the college students I’ve taught recently take such a loss of privacy for granted.  They have no idea what’s gone missing from their lives and so don’t value what they’ve lost or, if they fret about it at all, console themselves with magical thinking -- incantations like “I’ve done nothing wrong, so I’ve got nothing to hide.”  They have little sense of how capricious governments can be about the definition of “wrong.”

Consider us all recruits, more or less, in the new version of Fortress America, of an ever more militarized, securitized country.  Renting a movie?  Why not opt for the first Captain America and watch him vanquish the Nazis yet again, a reminder of the last war we truly won?  Did you head for a baseball park on Memorial Day?  What could be more American or more innocent?  So I hope you paid no attention to all those camouflaged caps and uniforms your favorite players were wearing in just another of an endless stream of tributes to our troops and veterans.

Let’s hear no whining about militarized uniforms on America’s playing fields.  After all, don’t you know that America’s real pastime these last years has been war and lots of it?

Be a Good Trooper

Think of the irony.  The Vietnam War generated an unruly citizen’s army that reflected an unruly and increasingly rebellious citizenry.  That proved more than the U.S. military and our ruling elites could take.  So President Nixon ended the draft in 1973 and made America’s citizen-soldier ideal, an ideal that had persisted for two centuries, a thing of the past.  The “all-volunteer military,” the professionals, were recruited or otherwise enticed to do the job for us.  No muss, no fuss, and it’s been that way ever since.  Plenty of war, but no need to be a “warrior,” unless you sign on the dotted line.  It’s the new American way.

But it turned out that there was a fair amount of fine print in the agreement that freed Americans from those involuntary military obligations.  Part of the bargain was to “support the pros” (or rather “our troops”) unstintingly and the rest involved being pacified, keeping your peace, being a happy warrior in the new national security state that, particularly in the wake of 9/11, grew to enormous proportions on the taxpayer dollar.  Whether you like it or not, you’ve been drafted into that role, so join the line of recruits and take your proper place in the garrison state.

If you’re bold, gaze out across the increasingly fortified and monitored borders we share with Canada and Mexico.  (Remember when you could cross those borders with no hassle, not even a passport or ID card?  I do.)  Watch for those drones, home from the wars and already hovering in or soon to arrive in your local skies -- ostensibly to fight crime.  Pay due respect to your increasingly up-armored police forces with their automatic weapons, their special SWAT teams, and their converted MRAPs (mine-resistant ambush protected vehicles).  These vintage Iraqi Freedom vehicles are now military surplus given away or sold on the cheap to local police departments.  Be careful to observe their draconian orders for prison-like “lockdowns” of your neighborhood or city, essentially temporary declarations of martial law, all for your safety and security.

Be a good trooper and do what you’re told.  Stay out of public areas when you’re ordered to do so.  Learn to salute smartly.  (It’s one of the first lessons I was taught as a military recruit.)  No, not that middle-finger salute, you aging hippie.  Render a proper one to those in authority.  You had best learn how.

Or perhaps you don’t even have to, since so much that we now do automatically is structured to render that salute for us.  Repeated singings of “God Bless America” at sporting events.  Repeated viewings of movies that glorify the military.  (Special Operations forces are a hot topic in American multiplexes these days from Act of Valor to Lone Survivor.)  Why not answer the call of duty by playing militarized video games like Call of Duty?  Indeed, when you do think of war, be sure to treat it as a sport, a movie, a game.

I’ve been out of the military for nearly a decade, and yet I feel more militarized today than when I wore a uniform.  That feeling first came over me in 2007, during what was called the “Iraqi surge” -- the sending of another 30,000 U.S. troops into the quagmire that was our occupation of that country. It prompted my first article for TomDispatch.  I was appalled by the way our civilian commander-in-chief, George W. Bush, hid behind the beribboned chest of his appointed surge commander, General David Petraeus, to justify his administration’s devolving war of choice in Iraq.  It seemed like the eerie visual equivalent of turning traditional American military-civilian relationships upside down, of a president who had gone over to the military.  And it worked.  A cowed Congress meekly submitted to “King David” Petraeus and rushed to cheer his testimony in support of further American escalation in Iraq.

Since then, it’s become a sartorial necessity for our presidents to don military flight jackets whenever they address our “warfighters” as a sign both of their “support” and of the militarization of the imperial presidency.  (For comparison, try to imagine Matthew Brady taking a photo of “honest Abe” in the Civil War equivalent of a flight jacket!)  It is now de rigueur for presidents to praise American troops as “the finest military in world history” or, as President Obama typically said to NBC’s Brian Williams in an interview from Normandy last week, “the greatest military in the world.”  Even more hyperbolically, these same troops are celebrated across the country in the most vocal way possible as hardened “warriors” and benevolent freedom-bringers, simultaneously the goodest and the baddest of anyone on the planet -- and all without including any of the ugly, as in the ugliness of war and killing.  Perhaps that explains why I’ve seen military recruitment vans (sporting video game consoles) at the Little League World Series in Williamsport, Pennsylvania.  Given that military service is so beneficent, why not get the country’s 12-year-old prospects hopped up on the prospect of joining the ranks?

Too few Americans see any problems in any of this, which shouldn’t surprise us.  After all, they’re already recruits themselves.  And if the prospect of all this does appall you, you can’t even burn your draft card in protest, so better to salute smartly and obey.  A good conduct medal will undoubtedly be coming your way soon.

It wasn’t always so.  I remember walking the streets of Worcester, Massachusetts, in my freshly pressed ROTC uniform in 1981.  It was just six years after the Vietnam War ended in defeat and antiwar movies like Coming Home, The Deer Hunter, and Apocalypse Now were still fresh in people’s minds.  (First Blood and the Rambo “stab-in-the-back” myth wouldn’t come along for another year.)  I was aware of people looking at me not with hostility, but with a certain indifference mixed occasionally with barely disguised disdain.  It bothered me slightly, but even then I knew that a healthy distrust of large standing militaries was in the American grain.

No longer.  Today, service members, when appearing in uniform, are universally applauded and repetitiously lauded as heroes.

I’m not saying we should treat our troops with disdain, but as our history has shown us, genuflecting before them is not a healthy sign of respect.  Consider it a sign as well that we really are all government issue now.

If you think that’s an exaggeration, consider an old military officer’s manual I still have in my possession.  It’s vintage 1950, approved by that great American, General George C. Marshall, Jr., the man most responsible for our country’s victory in World War II.  It began with this reminder to the newly commissioned officer: “[O]n becoming an officer a man does not renounce any part of his fundamental character as an American citizen.  He has simply signed on for the post-graduate course where one learns how to exercise authority in accordance with the spirit of liberty.”  That may not be an easy thing to do, but the manual’s aim was to highlight the salutary tension between military authority and personal liberty that was the essence of the old citizen’s army.

It also reminded new officers that they were trustees of America’s liberty, quoting an unnamed admiral’s words on the subject: “The American philosophy places the individual above the state.  It distrusts personal power and coercion.  It denies the existence of indispensable men.  It asserts the supremacy of principle.”

Those words were a sound antidote to government-issue authoritarianism and militarism -- and they still are.  Together we all need to do our bit, not as G.I. Joes and Janes, but as Citizen Joes and Janes, to put personal liberty and constitutional principles first.  In the spirit of Ronald Reagan, who told Soviet leader Mikhail Gorbachev to “tear down this [Berlin] wall,” isn’t it time to begin to tear down the walls of Fortress America and shed our militarized mindsets?  Future generations of citizens will thank us, if we have the courage to do so.