The chemicals, if released into the air, could pose a major public health risk 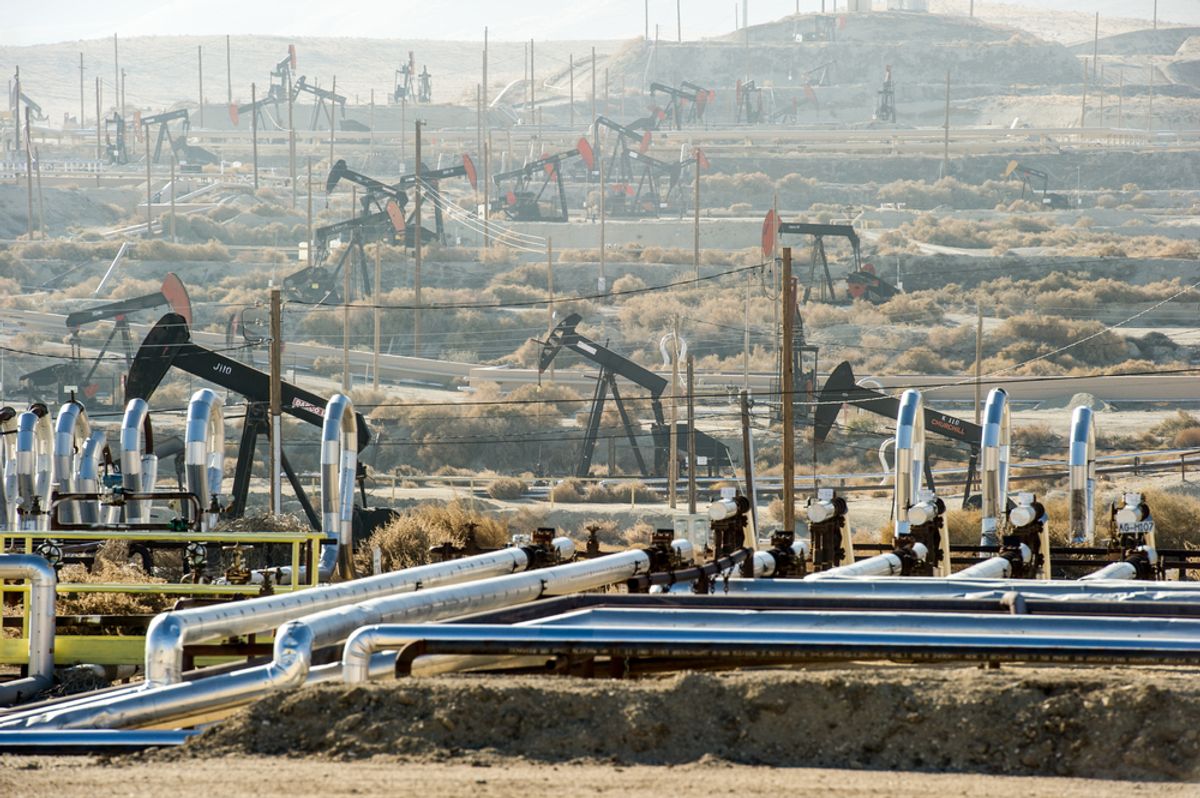 Their report reveals that 44 toxic chemicals -- 45 million pounds' worth of them -- were used in the Los Angeles area by the oil and gas industry last year.

The chemicals were pumped into the ground as part of the process of hydraulic fracturing, or fracking, and in the related processes of acidization and gravel packing, which are also used to extract oil and gas from wells. Southern California Public Radio reports on the chemicals, all of which become toxic -- in some cases carcinogenic -- when they escape into the air:

The top chemicals used during the past year include crystalline silica, methanol, hydrofluoric acid, and formaldehyde.

Crystalline silica is a cement additive also known as “frac sand.” It's used to hold open cracks in underground rock formation so that gas and oil can travel into the well. While crystalline silica is naturally-occurring, respiration of the fine sand can cause silicosis, an incurable lung disease.

Methanol is a volatile gas, with wide-ranging health effects from exposure.

...In an e-mail, Colin Maynard with the Western States Petroleum Association said that oil and gas production has occurred in Southern California for close to a century. “That production takes place day in and day out in the most heavily regulated environment in the world, and it takes place without harm to the environment or communities,” he wrote.

Many of these drilling events, the report stressed, took place in close proximity to schools, homes and hospitals. “Residents, including many vulnerable members of our society like elders, the ill, children and even infants, who are exposed to the daily impacts of oil drilling as well as other forms of industrial pollution, rely on public health and environmental agencies to not only require that this information be made public, but to also monitor the emissions coming from these reported events,” Yana Garcia, a staff attorney and environmental justice advocate with Communities for a Better Environment, said in a statement.

But full transparency may be too much to ask for: while California state law requires companies to disclose the names of the chemicals they use, the report also found that companies were able to get away with not doing so on 5,050 separate occasions, by claiming the information was a "trade secret."