"Modern Family's" modern fathers: The decade's best sitcom is also its most important 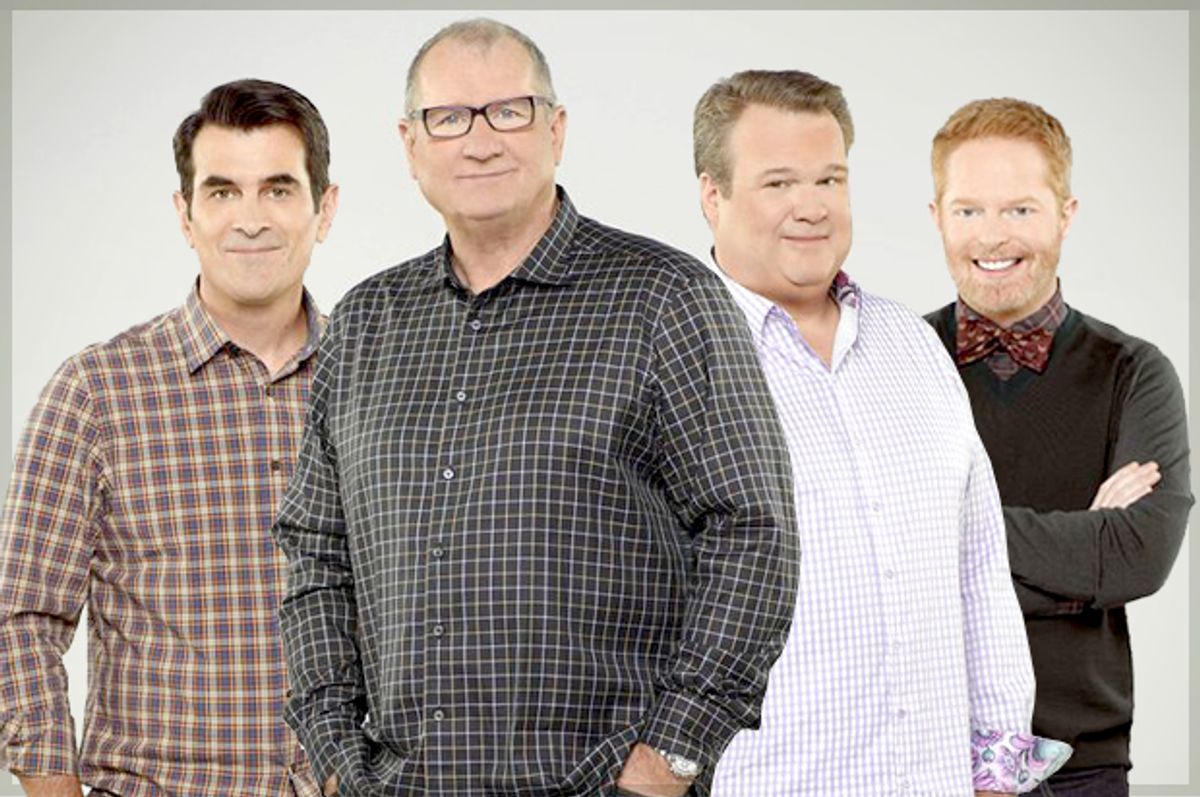 The annual mid-June celebration of fathers provides an opportunity to consider their changing roles in American society. Though the history of men as fathers — in the biological sense — begins with the advent of humanity, the duties expected of fathers, what might be distinguished as the norms of fatherhood, are culturally specific and in constant evolution. The window on the world provided by television has offered an array of snapshots of the duties and expectations of American fathers that has mirrored society’s current expectations of them — whether Ricky Ricardo ("I Love Lucy"), Darrin Stephens ("Bewitched"), or Cliff Huxtable ("The Cosby Show"). But what is the picture of fatherhood offered by television today?

Foremost, it is now the case that television offers up lots of different dads. Ricky, Darrin, and Cliff graced American television screens in an era of just a few networks. At the time their shows aired, there were few who wouldn’t know who you were talking about, even if they didn’t watch the shows. Now, we share few father figures across the culture. In thinking about contemporary television fathers, some might think of Walter White ("Breaking Bad"), Peter Griffin ("Family Guy"), Phil Robertson ("Duck Dynasty"), or Mike Baxter ("Last Man Standing"), and many may watch plenty of television and not know who any of these dads are. What this list reveals is how difficult it is to say any one thing about contemporary television dads.

One way to make sense of television dads across hundreds of broadcast and cable channels is to consider which of these dads are watched by the most viewers. Of Nielsen’s list of this past year’s most-watched shows, only one show among the top 10 deals extensively with issues of fatherhood: ABC’s "Modern Family," ranked sixth. In fact, no other shows that consider men as fathers appear until the five-way tie for 20th that includes "Family Guy."

What does "Modern Family" tell us about contemporary fatherhood? Given television’s heteronormative past and present, "Modern Family’s" most noticeable feature is its inclusion of two gay fathers, and the presence of Cam and Mitchell is certainly significant. If, as Joe Biden claimed in 2012, "Will & Grace" played a significant role in helping Americans rethink attitudes toward gay identity, then the inclusion of two gay dads among the triumvirate of “modern families” on this most-watched family comedy might similarly be implicated in rapidly changing assessments of gay marriage by the American population.

Not to diminish the significance of this aspect of "Modern Family’s" depiction of fatherhood, but the series actually attends little to Cam and Mitchell as fathers. Rather, most stories exploring contemporary fatherhood do so through the eyes of family patriarch Jay Pritchett (Ed O’Neill) and his son-in-law Phil Dunphy (Ty Burrell). Jay, who as a member of the early Baby Boomer generation raised Claire and Mitchell in the 1970s and 1980s, is now re-experiencing fatherhood in the 21st century with his second wife, her young teen son, and their new baby. In contrast, Phil depicts norms of fatherhood common to men among post-Baby Boom generations, whose years in the fatherhood trenches span the late 1990s and early 21st century.

The responses of Phil and Jay to the parenting dilemmas they encounter and their relationships with sons of the same age allows "Modern Family" to bring the changing roles of fathers into sharp relief. Phil and Claire’s marriage is depicted as a post-second-wave marriage of equals, in which duties of financial provision and childrearing are shared fluidly. Phil is most definitely engaged with his children’s lives, while Jay struggles with the expectations of paternal involvement that have grown characteristic of fatherhood on television and in many sectors of American society.

"Modern Family's" status as a comedy allows it to explore the mundane and absurdly humorous aspects that arise from changing expectations of fatherhood without dealing with the complications created by unchanged expectations of men as workers. Research conducted by the Families and Work Institute over the last decade reveals that the real-life Phil Dunphys report much higher work-life conflict than men of Jay Pritchett’s generation. These stresses aren’t absent from television’s tales of contemporary fatherhood. Stories emphasizing these challenges more dramatically have been central over the six seasons of NBC’s "Parenthood."

Like "Modern Family," "Parenthood" explores the perspectives of men in multiple generations with patriarch Zeek often dumbfounded by the ways his sons and son-in-law share domestic authority. Within the homes of thirty- and forty-something sons Crosby and Adam, viewers see the challenges of men who are trying to be different fathers than Zeek had been, but who also struggle with the demands of career and of family provision still profoundly borne by men. Indeed, this season’s storyline depicting the marital and personal struggles of son-in-law Joel as he and his wife Julia swapped primary domestic and wage-earning duties underscored how complicated negotiating 21st century gender scripts can be, especially when men’s changing gender roles have gone largely uncommented upon.

To address this struggle, the Families and Work Institute, as well as gender scholars, have proposed the existence of a “new male mystique” or “masculine mystique,” terminology that echoes Betty Friedan’s designation of the “feminine mystique” in the 1960s that gave a name to the unhappiness experienced by women who felt confined to the domestic sphere and underappreciated for their work there. The male mystique proposed by the Families and Work Institute addresses the stress experienced by men who now face social expectations to be present and involved fathers while also maintaining devotion to the workplace common of fathers who shouldered few domestic duties.

In addition to the usual Father’s Day conventions of fatherly leisure such as grilling, golf or fishing, it is also worth reflecting on the need for workplace policies that mirror the expectations society now has of modern fathers and the multiple domestic and workplace duties shared by men and women. Based on their 2012 National Study of Employers, the Families and Work Institute found that among organizations offering caregiving leave, only 14 percent provided paternity leave. The challenges of dual-income families require more extensive and flexible caregiving support for men and women, and regardless of whether it is children or elderly parents who require their care. Though family ranks high as an American value, we lag our global peers who maintain similar and superior workplace productivity despite enjoying policies and work cultures that better acknowledge workers’ family duties and lives. Father’s Day may come once a year, but father-friendly workplaces benefit American families every day.