My father, the secret cocaine addict

Discovering his habit in my teens was hard. Finding the close relationship with him I always longed for was harder 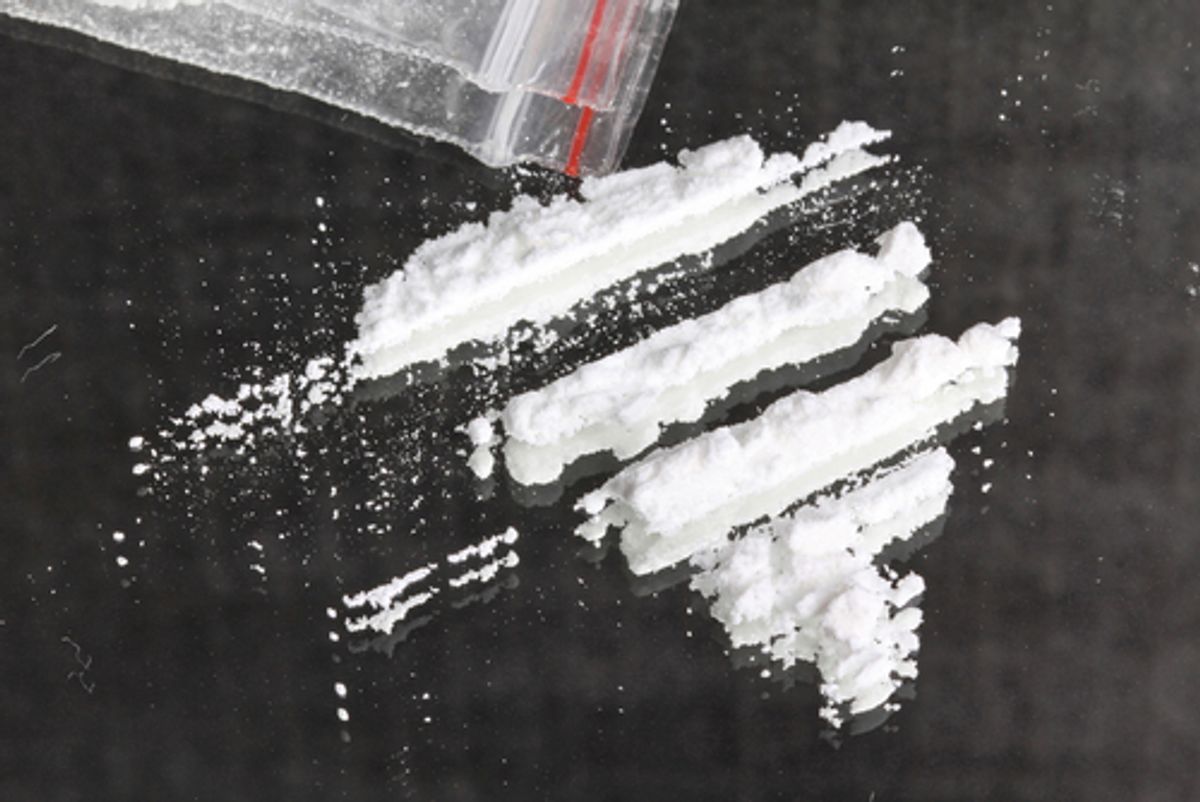 I was 16 years old when I first found my dad’s stash of cocaine hidden behind some books in our living room. After that, I began to find packets of white powder secreted all over the house.

Up until this discovery, I had imagined my father and me as a team. My mother and sister were the dominating personalities in the house and I needed someone in my family I could relate to—someone who understood me. By default, that was my dad. He never voiced any kind of solidarity, but I was happy to read positives into his silence.

By the time I started high school, I realized there was something I didn’t know about my dad. He spent hours in the basement, took long bathroom trips and would abruptly leave conversations. I watched him and I began to follow him, culminating in my discovery.

Once I knew that the missing piece of my father’s puzzle was actually an addiction to cocaine and alcohol (there were hidden bottles of Smirnoff, too), the fantasy of the father who silently understood, supported and loved me disappeared. The man who went to rehab a few months after my seventeenth birthday wasn’t the father I’d always believed I had. He suddenly seemed like a stranger.

But I could understand his need to escape. At 16, I was already a few years into my own drinking career. I would often shut myself in my closet and smoke a little weed before family dinners or sneak out of the house to meet a friend down the street to share pilfered booze and Marlboro Lights.

The guy who came home from treatment a month later wasn’t my perfect dad, either. He seemed awkward and unsure of himself. He oscillated between trying to be involved in my life, and nervously darting to meetings whenever possible. But even if he had magically transformed overnight into the father I’d always wanted, I might not have noticed.

By the time my dad got out of rehab, drinking had already begun to consume my life. I was a senior in high school, doing what I thought all high school seniors did. It never occurred to me that there might be a link between my father’s behavior and my own.

A year later, I was off to college, halfway across the country. While I was grateful Dad was sober, I had no intention of following in his footsteps—I drank steadily through college, blacking out four or five times a week.

After graduating, I moved to New York and my drinking, though few would have thought it possible, actually increased. Finally, on January 24, 2008, after passing out in my office, I found myself in the emergency room with a BAC of .4. The hospital staff had concluded, based on my behavior and the amount of alcohol I’d ingested, that I was suicidal.

Four days later, my father, who was six years sober at the time, collected me from the psychiatric ward where I had been committed. There was a treatment center in California I could go to, he said. They would find me a bed if I needed it, on one condition: my sobriety.

A very small percentage of addicts are able to go to an inpatient treatment center, which are often extremely expensive and not covered by insurance (though that is changing somewhat with the Affordable Care Act). An even smaller percentage stay sober after leaving treatment. My father and I are fortunate to be in this minority. He’s now been sober for 11 years, and I’ve been sober for five.

If my life were a movie, this is how it would end: dad and daughter, finally bonded in sobriety, after our years of drinking and using kept us from having the relationship I always coveted.

But by the end of my first year of sobriety, it became clear to me that a sober daughter plus a sober father does not equal the father/daughter relationship of my childhood fantasy. Our relationship was infinitely better than before: We were more involved in each others’ lives; we went to meetings together and discovered that we had the same highly inappropriate sense of humor, finding that, like many alcoholics, the stories that would horrify “normies” made us double over with laughter; we could talk politics for hours or crack up watching Family Guy together.

But I wanted more from my relationship with my dad. Politics and funny television shows didn’t give me insight into who he was as a person. I wanted to know what his childhood was like, what his fears were, and what makes him proud—the kinds of questions Oprah might ask her guests. But I was no Oprah and my father hadn’t agreed to an interview. We had never talked about these kind of things before and I wasn’t sure how I would even begin. Would he laugh at my questions? Get angry at me for asking them? This was unprecedented territory and I had no idea what to expect.

I knew enough not to take his reserved nature personally. It wasn’t as though he was more open with the rest of my family. As far as I could tell, he was impenetrable with everyone. Even when we went to meetings together and he shared, it was usually about the practicalities of living sober in an alcohol-saturated society. “Bring sparkling water or Diet Coke to parties,” he would advise the group. I’m certain this was helpful information for newcomers—and a good reminder for everyone—but it didn’t offer me any insight into who he was, deep down.

I wanted him to be comfortable opening up to me, as the only other sober member of our family, in a way that he might not with other people.

One night, three years into my sobriety, the two of us had dinner plans and I decided to tell him how I felt. I had my handy Oprah questions on cue cards in my mind. Without the haze of booze to shield our vulnerabilities, the deep relationship I wanted to have with my father could finally commence.

We chose an Italian restaurant at random and, immediately upon entering, it was clear that intimate conversations were not the establishment’s top priority. Live music blared from a stage up front. We asked to be seated in the back and were taken to a table set directly next to a large speaker that amplified the band’s music.

Undeterred, I took a breath and began my speech. “I’m glad we are closer than we used to be,” I began, “but I feel like there’s a lot I don’t know about you.”

After repeating this several times because of the noise, it was clear that my father was uncomfortable: “Well, um. What do you want to know?”

I ran through my list of Oprah questions. To his credit, my father did his best to answer them, saying that he worried about his mother’s health and sometimes retirement. These pieces of information were hardly revelatory. We looked at each other awkwardly across the table, both dissatisfied. He said something I couldn’t hear over the music. “What!?” I shouted.

He shouted back, a half-apologetic look on his face, “I’m just not that kind of guy!”

I realized then that I’d been trying to mold my dad into an ideal of fatherhood I’d had since childhood, instead of just accepting who he was. He may not be good at answering deep, personal questions, but sobriety does not magically transform a person to fit others’ expectations. Instead, it gave me my father back. Not the Father I Had Always Dreamed Of, but a smart, caring, funny, sober, human dad.

Recently, I was struggling with a difficult situation with my work supervisor, and I vented in an email to my father. A few minutes later, I got a reply with a picture of Velda Plendor, the tyrannical troop leader in one of our family’s favorite films: Troop Beverly Hills. I immediately started laughing. Without saying a word, my father had expressed solidarity, reminded me to keep things in perspective, and made me laugh. He may not be a deep conversations kind of guy, but I really like the guy he is.

Kate Shaw is a pseudonym for a writer living in the San Francisco Bay Area. When she’s not writing, she’s teaching creative writing to teenagers, hanging out with her dog, and doing everything possible to avoid waking up early.