Stephen Colbert escalates war with Amazon: "More people are getting screwed than in 'Fifty Shades of Grey'" 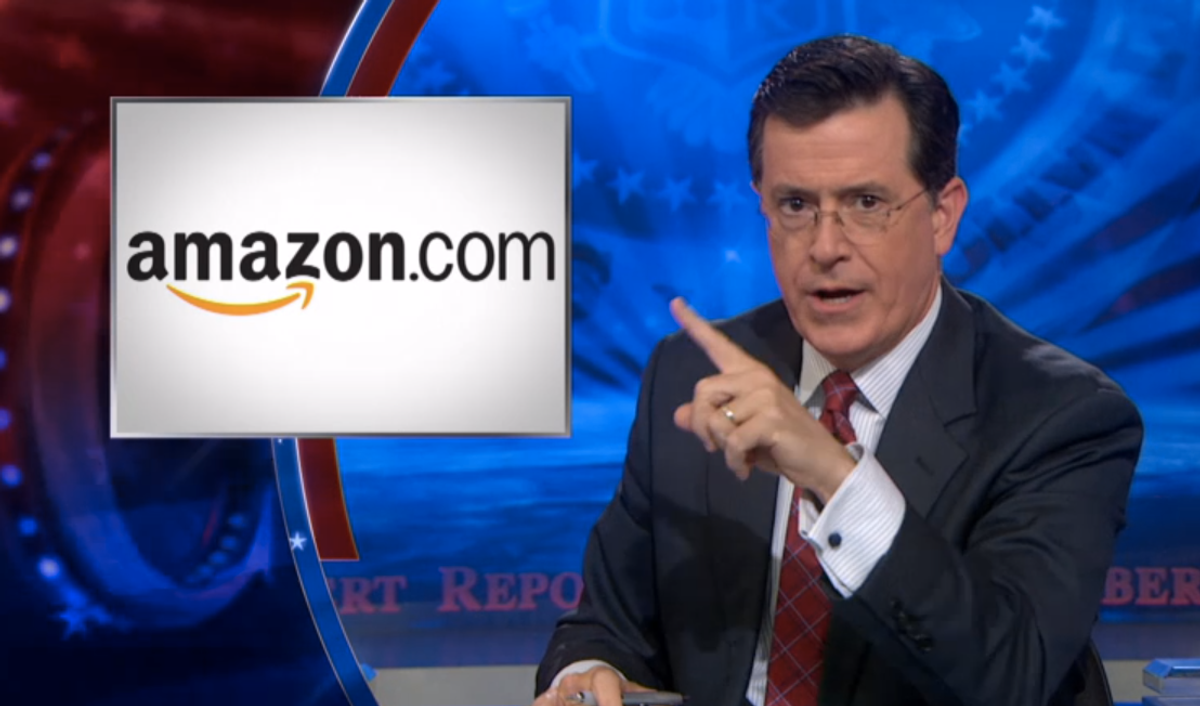 Last week Stephen Colbert jumped into the Amazon vs. Hachette fray and took aim at tech giant Amazon for hurting authors -- including himself. Amazon is delaying shipments of books, or removing preorder buttons for certain Hachette books: A ruthless tactic in price negotiations.

Colbert didn't just rant about the "scorched-earth tactics," he decided to use the "Colbert Bump" to help out a first-time author Edan Lepucki, whose preorder button was removed, and hit Amazon where it hurts -- the wallet. He urged viewers to preorder Lepucki's "California" on Powell's. (The book is now No. 1 on Powell's, and a cursory glance at the comments shows a lot of folks purchased at Colbert's urging.)

"Because of Amazon's scorched-earth tactics," Colbert quipped. "More people are getting screwed than in 'Fifty Shades of Grey.'"

Now Colbert is taking the war against Amazon one step further. Watch below: