8 reasons CEOs make 300 times as much as their employees

Six Wal-Mart heirs alone are wealthier than 40 percent of Americans combined. The system is rigged in their favor 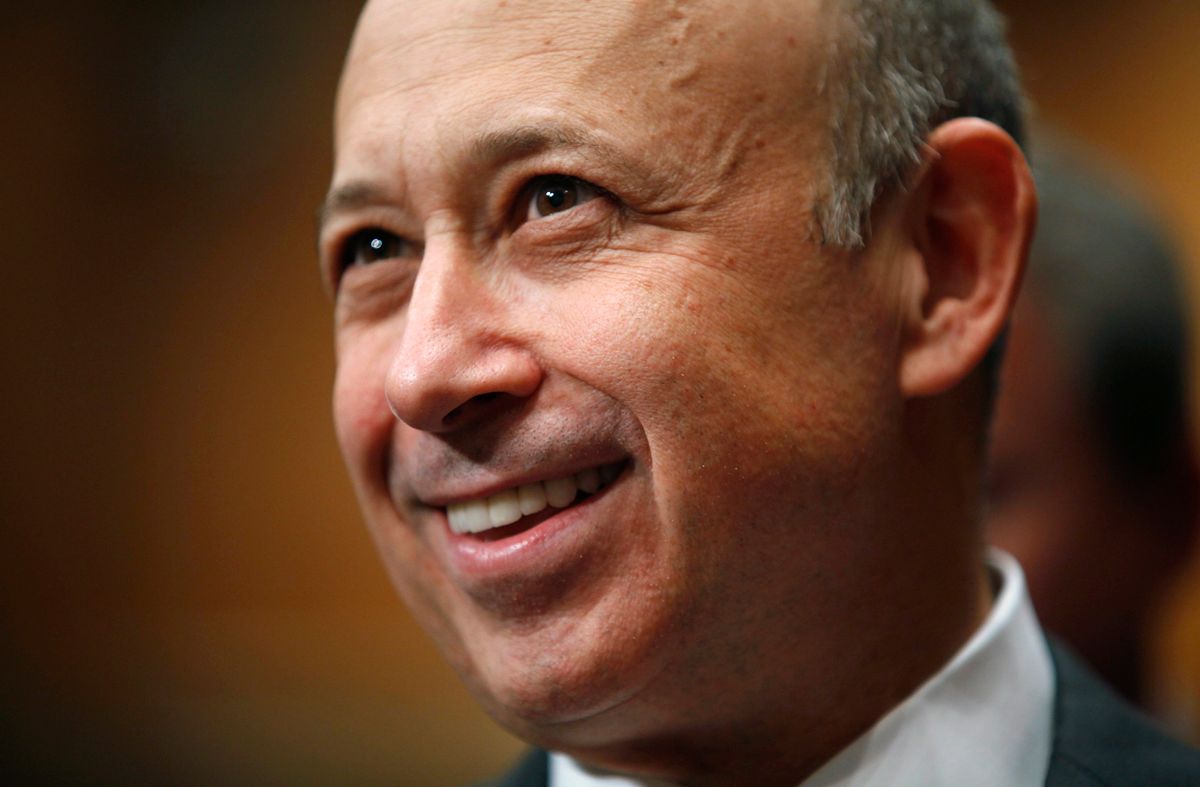 Here are some depressing statistics: In 2013, CEOs of S&P 500 companies made 331 times as much as their employees. Your average American worker not in a supervisory role made $35,239, while the average CEO made $11.7 million, according to the AFL-CIO Executive Paywatch website.  CEO pay has increased a whopping 937 percent since 1978, according to a new report by the Economic Policy Institute.

At this point, massive income inequality is not new, we all know about it. Yet there are still conservative myths floating around about why it is and what we can do. Conservatives say the poor are poor because of their own choices, but recent evidence shows that “social mobility” – the economic opportunity ladder – has largely disappeared. America’s rich only get richer and the poor don’t have much chance to do anything about it. Of course inequality is not new. There have always been rich and poor, but our country’s current concentration of income and wealth is much greater than it used to be – or should be. Another myth is that the rich deserve more because they are “job creators.” But many of America’s wealthiest inherited their money. For example, the six Walmart heirs have more wealth than 40% of Americans combined.

The truth is, there are so many ways the system is rigged against regular, working people. Here are just a few of the reasons the average CEO has a massive paycheck while many ordinary Americans languish economically.

1. Trade deals that work against us.

Put simply, we got tricked into approving “free trade” deals that rigged the rules to allow companies to escape the borders of our democracy, with its good wages and worker safety and environmental protections. We let companies move production to places where people don’t have rights and the environment  is even less protected, and then let them bring the same product or service back here to sell for the same price!

This made the fruits of democracy—good wages and benefits and strong regulations to protect us and the environment—into a competitive disadvantage.

We were told that protecting our good pay and benefits and environmental regulations was a bad thing economically because it was “protection” so we stopped protecting these things. Now look at us.

With these trade deals in place the owners/executives of companies could lay people off or pay minimum wages with no benefits under the threat of being laid off if they tried to do something about it. The trade deals let them pocket the wage and regulation differential for themselves. The result? More to the top few and less for the rest of us.

Many try to frame this as inevitable and unstoppable. They call it “globalization,” as if that is something that just happened, as a product of the progress of technology. They say “it’s a global world now and there’s nothing we can do about it.” But this was a global world when the first ship sailed across a border, and the first camel caravan crossed a desert. All we have to do is demand balanced and fair trade. (In one 2006 plan to balance trade, senators Russ Feingold and Byron Dorgan proposed the Balanced Trade Restoration Act of 2006, similar to a plan proposed earlier by Warren Buffett. The idea was simple, exporters would receive a certificate stating the value of what they had sold which they could sell to importers. Importers could not import without a certificate. So imports and exports would be balanced, and the value of the certificate would help exporters.)

As trade deals enabled companies to drive down wages their stock went up. In April, Josh Boak wrote in the AP that one reason is that CEOs are paid heavily in stock. “The average value of stock awarded to CEOs surged 17 percent last year to $4.5 million, the largest increase ever recorded by the AP.” And stocks are way up, “The S&P 500 jumped 30 percent last year, compounding the size of the CEOs' paydays.”

So why doesn’t everyone’s income go up as stocks go up? Because most stock is owned bythe wealthiest 1% with spillover to the next 9%. The “bottom” 60% of all Americans own only 2.5% of all corporate stock.

3. “Friendly” boards of directors give big raises to CEOs and pay cuts to others.

Boak also wrote that CEO pay is soaring because CEOs have friendly boards of directors. “Many boards are composed of current and former CEOs at other companies. And in some cases, board members are essentially hand-picked or at least vetted by the CEO.”

Meanwhile, the rest of us don’t have “friendly” bosses eager to pay us more.

4. Privatization of public services has forced millions into poverty.

The AlterNet story, The Privatization Scam: 5 Horror Stories of Gov't Outsourcing to Greedy Private Companies, outlines how decades of “privatization” and outsourcing have forced millions into poverty, with big profits going to a few CEO types.

Briefly, a government turns a public service over to a private corporation. The city/county/state lays off people who are paid OK and have benefits. The company hires people at the lowest possible pay rate with no benefits. The former public employees lose their homes, aren’t paying taxes or shopping much, depend on government “safety net” services—all of which cost the government. Meanwhile, the new low-wage replacements can’t buy houses, shop much, pay much in taxes and are paid so little they also depend on safety-net services.

The quality of the service declines, while the CEO types running the company are making a killing and dodging their taxes.

The trade deals let companies move jobs out of the country. This helped create a “reserve army” of longterm unemployed, hungry people desperate to take any job at any wage. Companies know this and use it to tell people to shut up, not ask for raises, because they could be next.

Unemployment benefits used to help keep wages up by helping people get through what used to be short-term spans between jobs. The idea was that helping people get by in times like these enabled them to hold out for the right job at the right pay, because lots of people with good-paying jobs was good for all of us and our economy. Today, not so much.

Republicans in Congress went so far as to filibuster to block the majority from even being allowed to vote on extending unemployment benefits to help people through our current unemployment emergency.

The trade deals, privatization of government jobs, cutting back on government safety-net services like unemployment benefits all helped weaken the power of ordinary Americans to organize ourselves and stand together against concentrated corporate power. Unions were weakened and our ability to ask for good pay and benefits and better working conditions were weakened along with the unions.

So now individual people are on their own up against the massive corporate wealth and power that is concentrated into fewer and fewer hands. How is that working out for us?

Technology is supposed to benefit us, not drive most of us into poverty while a very few become vastly richer. Today we could put every American to work with a campaign to repair and modernize our aging infrastructure and a campaign to retrofit all of our homes and buildings to be energy-efficient, and pay for it from the economic efficiency this investment would bring to our economy. Then we could create a pool of jobs where people help us do things that need to be done during times of unemployment. These jobs could be in teaching, caring for others, improving our parks, you name it. People who get laid off would do one of these jobs for a while. And we could reduce the workweek to 30 or even 20 hours. We could do so many things to bring full employment and bring incomes up.

But we don’t. When you are replaced by a computer or a machine the company can just keep the money it was paying you. And its stock goes up. And because of trade deals that move jobs out of the country there is high unemployment and that weakens your ability to do anything about any of these things.

The idea of a guaranteed minimum wage also comes up as an answer to this problem. Suppose that as “progress”—computers, machines, etc.—replaces jobs we all benefit instead of a few at the top? Suppose a big chunk of the money you were making went into a big national pot that pays a guaranteed minimum income instead of going into the pockets of a few already-wealthy stockholders? Wouldn’t that be nice? Wouldn’t that be the kind of thing ordinary Americans would decide to do for each other, given the chance?

8. Our government won’t help us.

Here’s the big one. Democracies are more prosperous for regular citizens. When citizens have a say, they say they want good jobs, good wages, benefits and strong regulations that protect people and the environment from the harm that unfettered corporations can and will do.

We used to supposedly be in control of our government. Our government used to supposedly exist for the benefit of We the People and We the People thrived as a result. Now there is barely even a pretense of that. A recent study concludes that we are no longer a democracy, but instead are an oligarchy. (Even when we are able to organize and get the vote out and elect politicians who campaign on a promise to do things like “renegotiate NAFTA” the promise disappears within weeks of taking office.)

Now our government is obstructed by a corporate-backed minority, prevented from doing things that would help the incomes of ordinary Americans. Unemployment is kept high in order to drive wages down. Tax rules are rigged to drive more and more money to a few at the top. Trade deals that work against us are put in place.

These things didn't just happen. They were done to us. High pay at the top and low pay for the rest of us isn't inevitable, it is the result of rigging the rules so they work best for the wealthy.