"The fundamental cause of the crisis lies within the region not outside it," writes the former prime minister 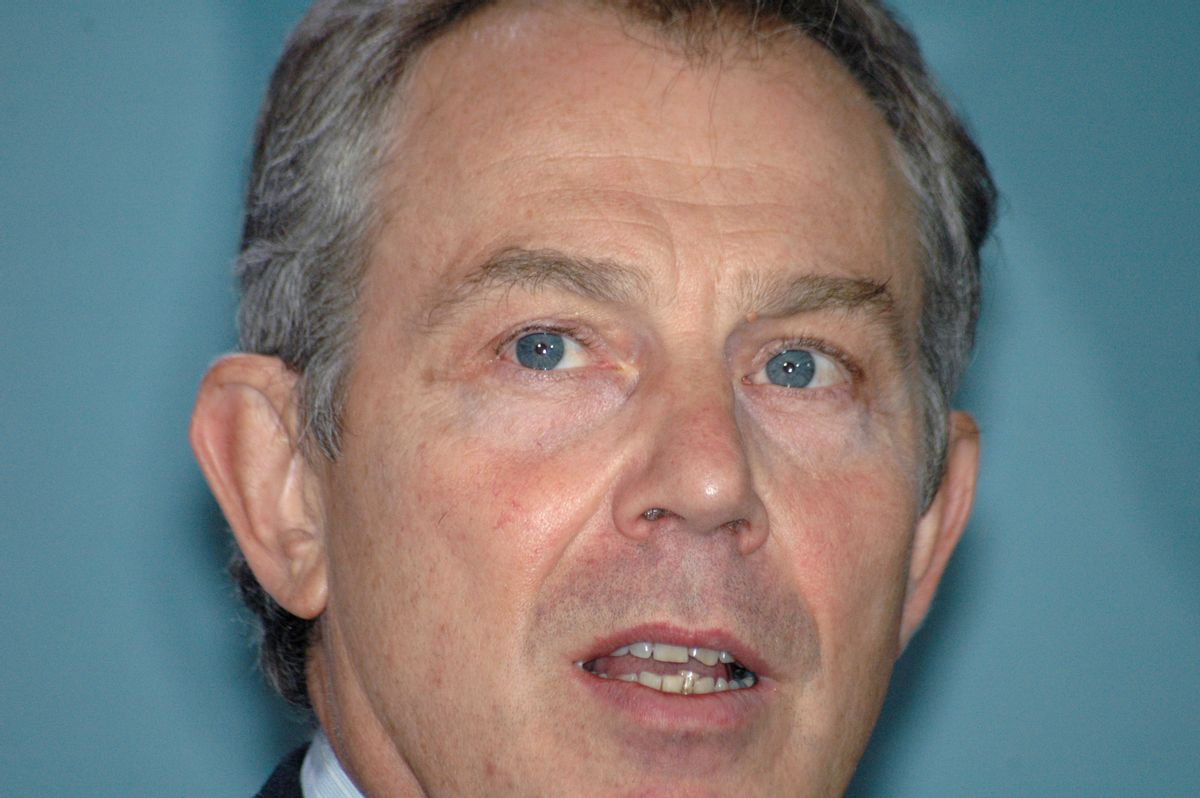 In an essay published Saturday on his website, former British prime minister Tony Blair said it was a "bizarre" to claim that the escalating and deadly crisis in Iraq has anything to do with the United States-led and United Kingdom-backed invasion of Iraq. "We have to liberate ourselves from the notion that 'we' have caused this. We haven't. We can argue as to whether our policies at points have helped or not: and whether action or inaction is the best policy. But the fundamental cause of the crisis lies within the region not outside it," he wrote in the 2,800 word piece.

Blair dismissed the idea that the invasion was destabilizing, but questioned whether the withdrawal of American forces "happened too soon":

Though the challenge of terrorism was and is very real, the sectarianism of the Maliki Government snuffed out what was a genuine opportunity to build a cohesive Iraq. This, combined with the failure to use the oil money to re-build the country, and the inadequacy of the Iraqi forces have led to the alienation of the Sunni community and the inability of the Iraqi army to repulse the attack on Mosul and the earlier loss of Fallujah. And there will be debate about whether the withdrawal of US forces happened too soon.

He continued that "a major proximate cause of the takeover of Mosul by ISIS is the situation in Syria":

To argue otherwise is willful. The operation in Mosul was planned and organised from Raqqa across the Syria border. The fighters were trained and battle-hardened in the Syrian war. It is true that they originate in Iraq and have shifted focus to Iraq over the past months. But, Islamist extremism in all its different manifestations as a group, rebuilt refinanced and re-armed mainly as a result of its ability to grow and gain experience through the war in Syria.

More from the essay:

The problems of the Middle East are the product of bad systems of politics mixed with a bad abuse of religion going back over a long time. Poor governance, weak institutions, oppressive rule and a failure within parts of Islam to work out a sensible relationship between religion and Government have combined to create countries which are simply unprepared for the modern world. Put into that mix, young populations with no effective job opportunities and education systems that do not correspond to the requirements of the future economy, and you have a toxic, inherently unstable matrix of factors that was always – repeat always - going to lead to a revolution.

But because of the way these factors interrelate, the revolution was never going to be straightforward. This is the true lesson of Iraq. But it is also the lesson from the whole of the so-called Arab Spring. The fact is that as a result of the way these societies have developed and because Islamism of various descriptions became the focal point of opposition to oppression, the removal of the dictatorship is only the beginning not the end of the challenge. Once the regime changes, then out come pouring all the tensions – tribal, ethnic and of course above all religious; and the rebuilding of the country, with functioning institutions and systems of Government, becomes incredibly hard. The extremism de-stabilises the country, hinders the attempts at development, the sectarian divisions become even more acute and the result is the mess we see all over the region.

"Iraq is part of a much bigger picture. By all means argue about the wisdom of earlier decisions. But it is the decisions now that will matter," he concluded. "The choices are all pretty ugly, it is true. But for 3 years we have watched Syria descend into the abyss and as it is going down, it is slowly but surely wrapping its cords around us pulling us down with it. We have to put aside the differences of the past and act now to save the future."