AP PHOTOS: A photographic look back at World War I 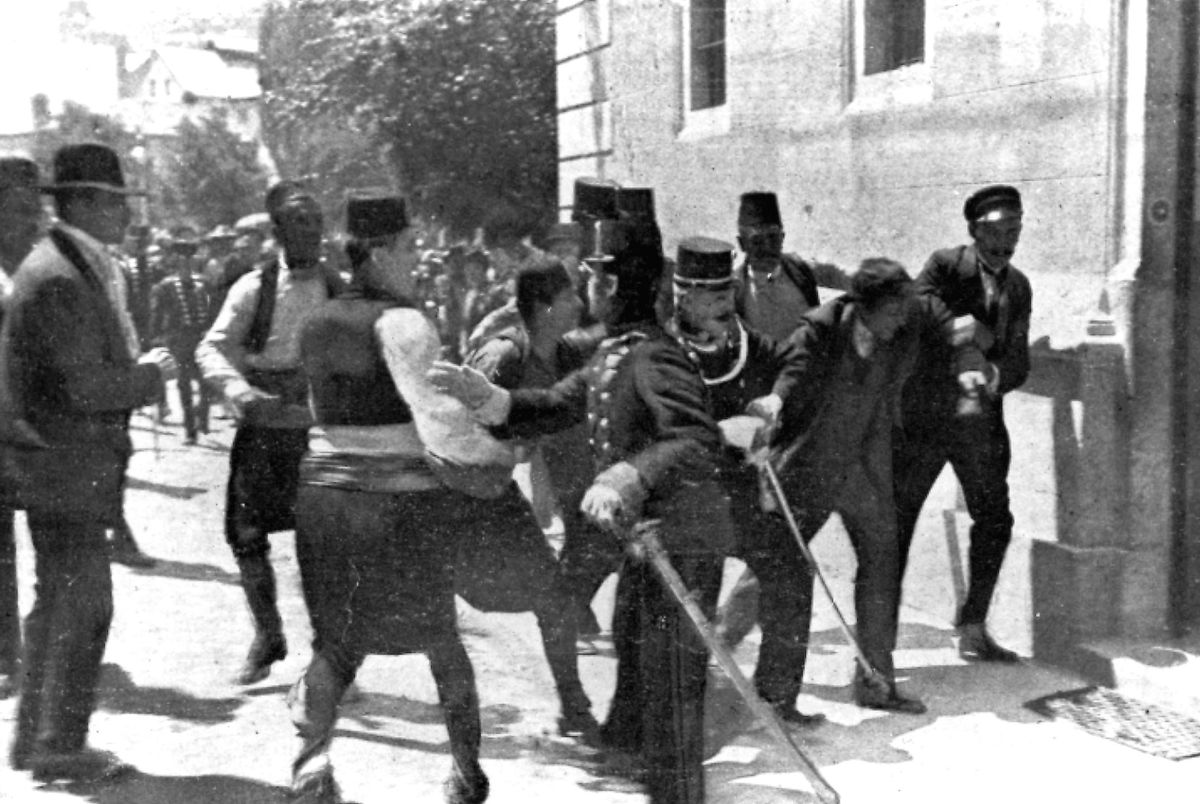 CORRECTION TO REMOVE THE NAME OF THE SUSPECT TWO OF ONE HUNDRED PHOTOS WORLD WAR ONE CENTENARY TIMELINE FILE -In this June 28, 1914 file photo, a suspect, second right, is captured by police in Sarajevo, Yugoslavia. Princip fired the shots that assassinated Archduke Franz Ferdinand, heir to the Austrian-Hungarian throne, and his wife Sophie. (AP Photo File) (AP)
--

NIEUWKERKE, Belgium (AP) — A century after the start of World War I, Belgium and France are still scarred by over 1,000 graveyards, countless bomb craters, rusting gas shells, bunkers and trenches that tore apart the Western Front for four years.

The 1914-18 conflict was so unprecedented in its scope and savagery that it became known simply as "The Great War." The front line of death and destruction burned through the Alps, Central Europe, the Balkans and Russia, spilling into present-day Turkey and reaching beyond to the Middle East and as far as China.

World War I claimed some 14 million lives — 5 million civilians and 9 million soldiers, sailors and airmen from 28 countries, from India to South Africa to the United States. At least 7 million troops were left permanently disabled.

The Associated Press has pulled key moments from its vast archive of World War I photographs and assembled them into a 100-photo timeline, beginning with the steps Archduke Ferdinand took with his wife shortly before he was assassinated to major troop deployments and the early battles in Belgium and France in 1914.

The selection shows the scope of the battles and destruction, from the Eastern Front to the Western Front to Gallipoli, from the Battle of Jutland to the horrors of Verdun, the Somme and the muddy, bloody fields of Passchendaele. It reflects technological changes such as tanks, artillery, airpower and the poisonous chemical gas that came to define WW1.

It ends with the deployment of American troops in 1917 and, after four years of fighting and exhaustion, the Armistice in 1918.