Along with his fellow Fox News hosts, Carlson worries that women on the Internet are trying to "crush" men 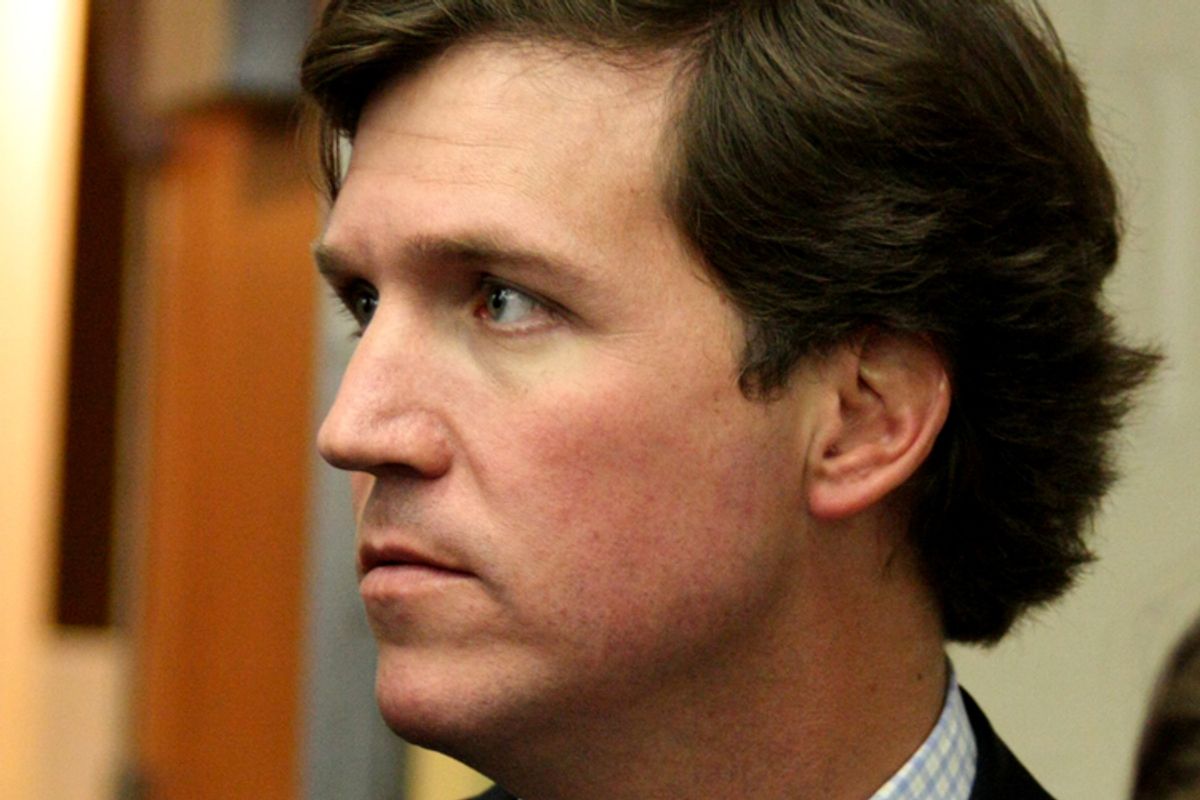 In an especially silly segment on Sunday's edition of "Fox & Friends," Tucker Carlson and company spent a good chunk of time worrying whether an obviously fake social media campaign by "feminists" (i.e., not feminists) to "#EndFathersDay" was a sign of the coming destruction of all men.

The fake campaign, launched by the notoriously trolly users of 4Chan.org, was intended to ridicule online feminists and to imply that their ultimate goal is not full equality but rather the destruction and domination of men. Most people immediately recognized the farce for what it was ... except for the folks at Fox News.

In order to better understand the misandrist mind-set of the online feminist, the Fox News crew brought on the foremost expert on feminism, the Internet and modernity in general, Susan "Princeton Mom" Patton." To no one's surprise, Patton did not attempt to calm down her conservative hosts, opting instead to add even more fuel to the fire.

Then, adopting the standard "Why is there no white history month?" argument, the folks on Fox argued there was something hypocritical in these feminists taking on Father's Day while leaving Mother's Day untouched. "Well, without fathers, there would be no mothers," Patton noted.

"Every day is Mother’s Day," she continued. "Let’s give dad this one Sunday in June, and, you know, be good spirited about it."

You can watch the segment below, via the Raw Story: