Hawking was the first guest on Oliver's new segment: "People Who Think Good" 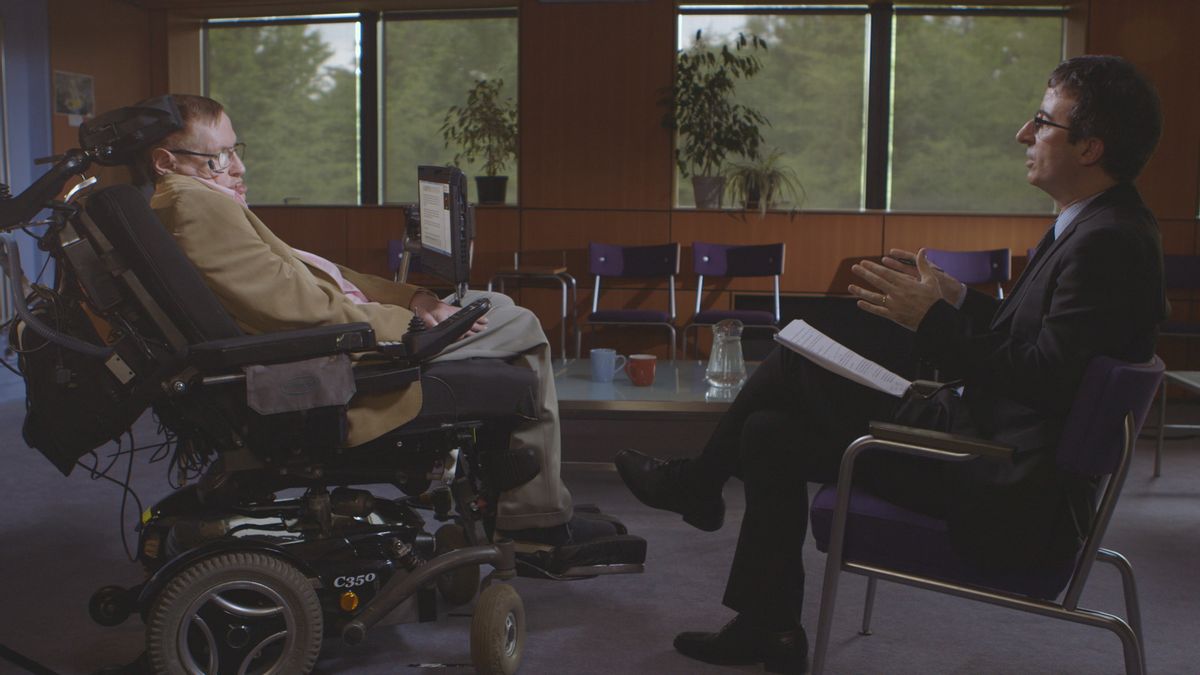 The segment was alternately amusing (Hawking has a great sense of humor) and mind rattling, as the two discuss everything from Oliver's chances of dating an actress to the dangers that still face our world.

Hawking also explains one thing he hopes people will understood of his work: imaginary time. They also chat about Hawking's Op-Ed piece about artificial intelligence and why he's wary of it.

The illuminating interview can be watched below: