"I have considered dropping out of Duke," she admitted in an essay in Time magazine 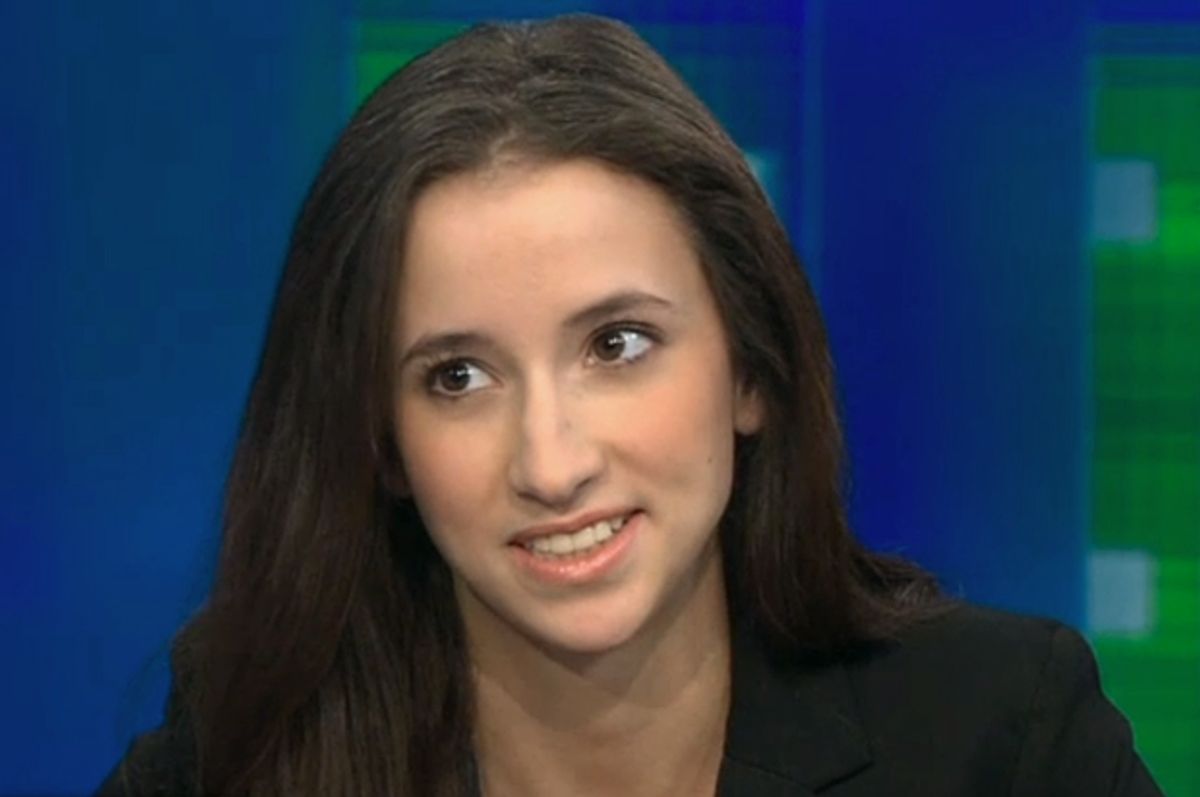 To make matters worse, my income now makes me ineligible for the $13,000 in aid I was receiving. My bill for next year will be a staggering $62,000. And I will pay this all on my own; the financial aid office does not care that I am legally financially independent. They view it as my parent’s responsibility to foot the bill.

Weeks, who admitted to having "considered dropping out of Duke," analyzed where her money will be going:

Officials at my school responded that $60,000 is a bargain — they actually spend $90,000 a year on each student. Let’s break that $90,000 down. Building and maintaining physical infrastructure on campus gets $8,000. Another $14,000 goes to pay a share of administrative and academic support salaries, which in Duke’s case includes more than $1 million in total compensation to the university president, Richard Brodhead, and more than $500,000 to the provost, Peter Lange, according to 2011 tax filings. Also, $14,000 goes to dorms, food, and health services; $7,000 goes to staff salaries for deans and faculty; and miscellaneous costs take up another $5,000.

The problem is a common one for students of the middle class, Weeks says:

I’m hardly the only student who’s struggling with these sky-high bills. Experts predict a massive student loan default on the horizon, on par with the last major mortgage crisis. And, like the mortgage crisis, it’s likely the banks and lenders will be bailed out, while the students will be saddled with wage garnishments and ruined credit.

Government must stop the flow of money to schools in order to get tuition rates under control again. That means being honest about the fact that not every child should go to college. Only 59% of full-time, first-time undergraduate students who began their pursuit of a bachelor’s degree at a 4-year degree-granting institution graduate in four years. That also means making students who can’t afford tuition out of pocket find funding in the private market, where lenders are too judicious to lend someone $150,000 to get a BA in underwater basketweaving.

But the solution Weeks serves up next, via Sheldon Richman, vice president of the Future of Freedom Foundation and "Separating School: Liberating America’s Families" author, seems to overreach the thesis of the essay. Weeks agrees with Richman, who writes:

The solution is a complete separation of school and state at all levels. Competition drives down prices and improves products and services, as entrepreneurs strive to win customers by offering a better deal in terms of quality and cost. Government cannot help because the law of unintended consequences cannot be repealed.

Based on Weeks' interpretation, would this not also eliminate financial aid for students? And, if that were to happen, would colleges drop their prices to make it more affordable (and would that be enough)? Weeks crafts a careful, smart argument, but her hasty conclusion shows how complex finding the solution is. Meanwhile, college tuition remains, as she writes, "sky-high."