In Season 4 of "Louie," Louis C.K. cares too much about what we think

Again and again, he sets up a situation destined to outrage us -- then just walks away 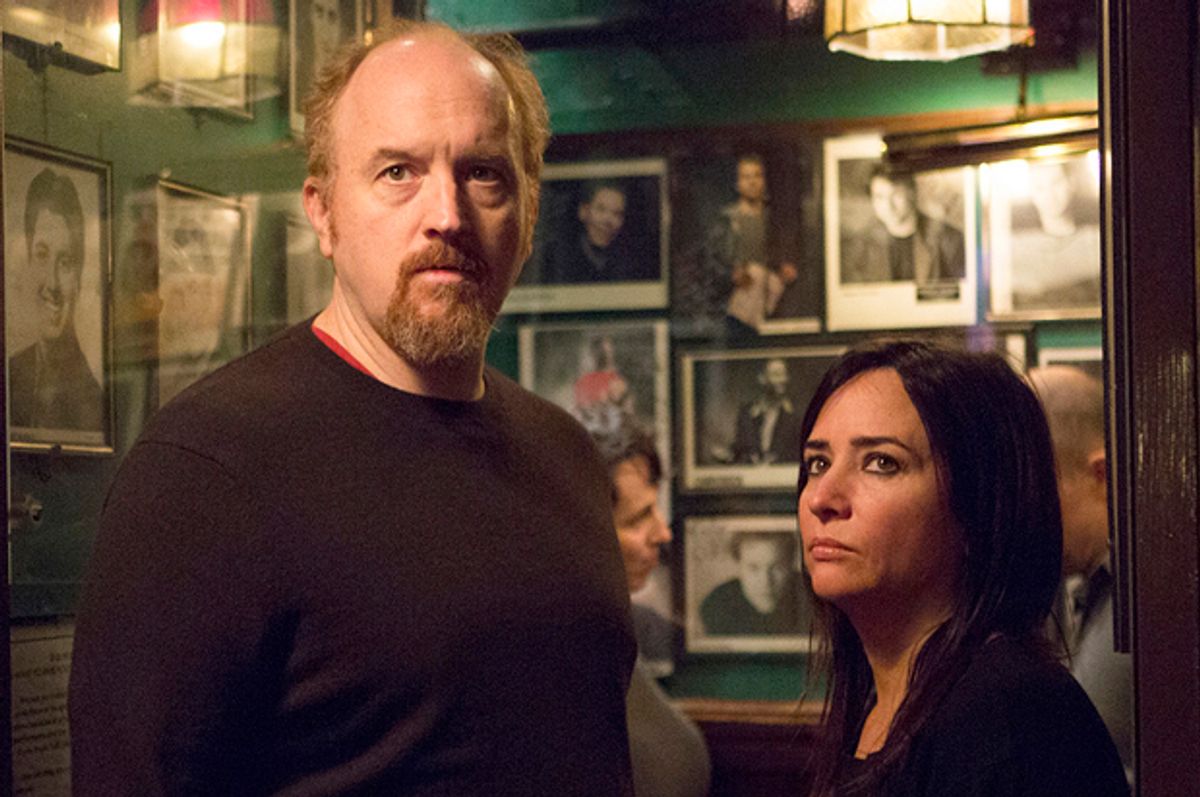 Louis C.K. evidently spent his year-long hiatus from shooting "Louie" thinking -- and thinking, and thinking -- about the critical evaluations his show had been getting for its first three years on-air. In total, the fourth season of "Louie" felt like an extended reaction-to-the-reaction on C.K.'s part. It was, at once, an opportunity for C.K. to see just how far he could push his unusually devoted audience and an opportunity to amplify particular strains in his work that viewers have picked up.

Second things first: "Louie," a show that's always verged on the charmingly self-indulgent, seemed to be particularly obsessed with C.K.'s treatment of women this season. The actress Sarah Baker, delivering a monologue about weight and dating in the episode "So Did the Fat Lady," felt like a proxy for every audience member who had critiqued Louie's high standards and his treatment of the women with whom he comes into contact. Why does Louie seem so disdainful of heavy women when he himself is in less-than-prime physical shape (to put it gently)? What, exactly, does he expect from womankind?

This season, "Louie" preempted our disdain for its protagonist's actions and made sure we knew that he was worse than we thought. When tickled by a stunning sex partner (played by Yvonne Strahovski), he reflexively hit her in the face. He had sex with Pamela (Pamela Adlon) in a shockingly coercive manner; he just didn't listen to her saying "No." (Later, her own insecurities and problems came to the fore, but Louie always seemed to be worse -- more clingy, more obsessive.) He spent bits and pieces of six episodes (of 14 -- nearly half of the season!) attempting to have a romantic relationship with his ideal woman -- a non-English-speaker (played by Eszter Balint). No matter how self-absorbed, callous or just generally gross with women Louie was, he always beat you to the punch.

It was not ever thus! Last season, Melissa Leo and Parker Posey both played deeply strange and broken people whom Louie happened upon and was understandably befuddled by. His inability to deal with adult women may have made him a "creep," but there were enough spiky particularities about the women he actually did meet that this was a hard generalization to prove. This season, Louie was, time and again, the source of the problem, whether obsessing over a woman with whom he could never have any real connection or placing himself in situations where his treatment of women was arguably abuse.

But Louie's relationships with women -- in contrast with his liaison with Posey's character, which felt real -- too often seemed like intellectual puzzles C.K. had set up explicitly for his haters. Did it count as "hitting" Strahovski's character if Louie was acting on pure reflex? Was love with the Hungarian-speaking Amia possible, 0r did his attempt make Louie the worst kind of deluded?

There was great stuff this season; I've written before about the episode dealing with Louie's past drug use, which provided valuable context for his relationship with his children. But the overarching plot, one that saw Louie attempt to find love with Amia and with Pamela and, in both cases, run up against his own limitations, got the self-awareness/insight balance completely wrong. The show was so invested in making it clear it knew Louie was a cad that it forgot, often, to give him much in the way of actual motivation. Why was Louie pursuing Amia? Because that's the sort of thing a casually chauvinistic fellow like Louie would do! Why did he turn down the charming, Rubenesque Vanessa? Ibid.

Because the show was pursuing intellectual exercises rather than plot movement, nothing had real consequences. Perhaps the most apt (and not terribly funny) running joke of the season was the ongoing news reports describing the effects of a hurricane approaching New York -- it had killed LeBron James, and then everyone else in Florida, and had submerged the island of Cuba. Then it flickered out of our consciousness; the consequences were for other people to deal with. Similarly, we never saw Vanessa again even after Louie agreed to hold her hand; Amia left New York just in time for Louie to seriously pursue Pamela; Louie's apparent rape of Pamela had no effect on their relationship, not least because -- surprise! -- she'd really wanted to have sex after all.

In perhaps the season's biggest dangling thread, Louie and his ex-wife recall their past, when they'd first considered getting a divorce. The scene, a flashback in which Louie's ex is played, randomly, by a white actress (in the present day, she's black). It's interesting enough, but Louie himself remarks, in the present, that the two have never worked out their issues. If they're evidently never going to, what's the point of scenes like this, other than to telegraph that the show has a complicated past in a manner that requires no real following up?

Four seasons in, nothing's changed for Louie on "Louie," who is still being portrayed as a struggling comic who mysteriously has enough money to raise two kids in a nice New York apartment (and to pay the model he hit $5,000 a month for the rest of his life, a settlement that's never mentioned again after it's first levied). This gives Season 4 a certain airless feeling. If Louie the character will never change, and nor will his situation, why should we care, really, that he knows -- and is willing to address -- what we think of him? "Louie" is still tremendously ambitious. But one hopes those ambitions, in a Season 5, will move toward telling a story, not just posing conundrums and then walking away.