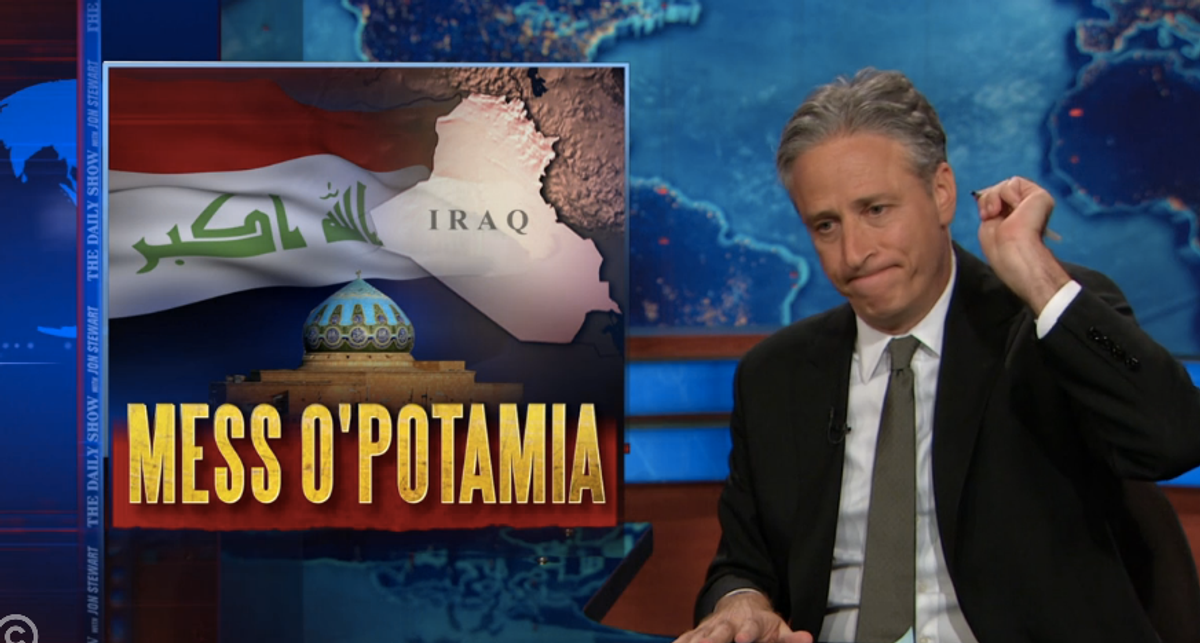 As the threat of militant group ISIS increases in Iraq, Jon Stewart urges hawkish Americans to get all the facts before jumping into the Middle East by reminding them of the Iraq War. One of the media's go-to experts on foreign policy, right now, is Sen. John McCain -- but is this really the guy we want to be listening to right now? "His advocacy of the Iraq War was legendary," said Stewart, sarcastically. "His sophisticated knowledge of the region, unparalleled ... in that it did not parallel with anybody who had knowledge of the region." The damage from ISIS is so bad, however, that even Iran is willing to work with the U.S. to contain the group.