Hanna Rosin on her book's cameo in "Orange Is the new Black": It's really funny to see it distorted in this paranoid world

"The End of Men" makes a brief appearance in the Netflix series. Rosin, needless to say, got quite a kick out of it 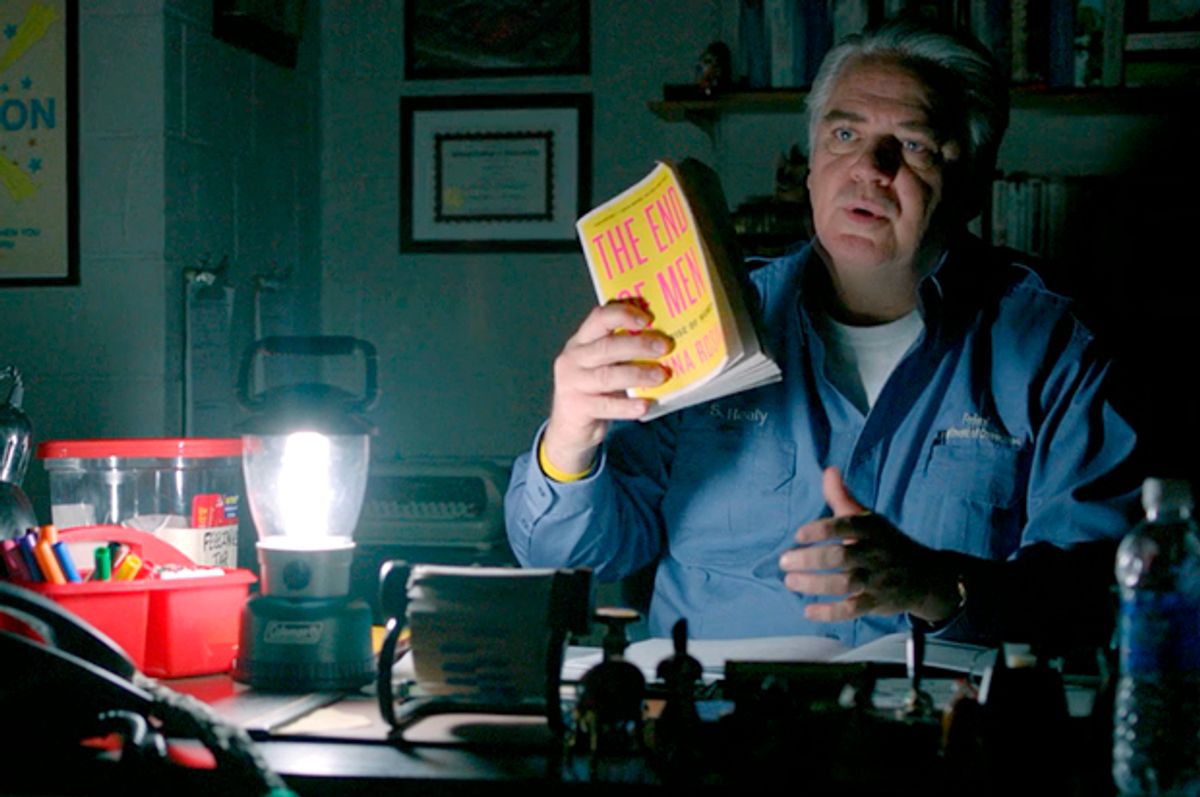 As you approach the end of the second season of Netflix's "Orange Is the New Black" and reflect on the show's many feminist victories -- its predominantly female cast, the prominence of minority, trans and LGBT women, and full characters that make the Bechdel Test seem obsolete -- you may have noticed its not-so-subtle call-out to a modern feminist anthem in the penultimate episode: Hanna Rosin's book "The End of Men." While there are 15 books featured in "Orange Is the New Black" (16, if you count former nun Jane Ingalls' fictitious "Nun Shall Pass"), none seem as thematically relevant as Rosin's, which makes a brief but prominent cameo when correctional officer Sam Healy hands it to batty born-again prisoner Pennsatucky to warn her about "the lesbian agenda."

Healy, a full-fledged misogynist and homophobe who feels emasculated by his attractive Russian housewife's constant rejections at home, and oscillates between feeling apathetic, disgusted and protective of the female inmates at Litchfield Penitentiary, describes the book as “about how pretty soon men are gonna become irrelevant. How women are more educated, they’re gonna make more money and pretty much run everything.”

Pennsatucky responds: “No offense, but men being in charge hasn’t ever done me any good.”

Indeed, Rosin's "The End of Men," published in 2012, claims that the day of the global patriarchy is in its twilight. She argues that this is best seen among lower- and middle-class Americans, where women have had to step up as breadwinners due to a depressed economy in the past decade.

Rosin, who founded Slate's Double X and writes for the Atlantic, learned about her book's guest appearance on the show through Twitter. Though she's only up to Episode 4, she skipped ahead to Episode 12 before this interview.

So what did Rosin think of her book's cameo? "Totally awesome" and "hilarious." "It's just really funny to see [my book] distorted in the paranoid world of Healy ... a big pop of yellow and pink in a totally drab situation."

For "Orange Is the New Black," the "end of men" isn't just a sound bite, but one of the motifs of the show. Healy may be a bully and a bigot, but he also looks pretty disempowered next to the tough, brassy women around him.

Despite its framing as a ploy by the "lesbian agenda," at least the book still inspired Pennsatucky to think of a world in which women had power.

"This was the experience I had when I spoke in working-class colleges," Rosin explained. "Let's say you took Pennsatucky and sent her to a community college or a state school. It would be so obvious what the book is saying -- men are out of work, women have to do everything, women have to carry the load."

"If Pennsatucky was back out in the world," Rosin added, "that would be obvious to her."