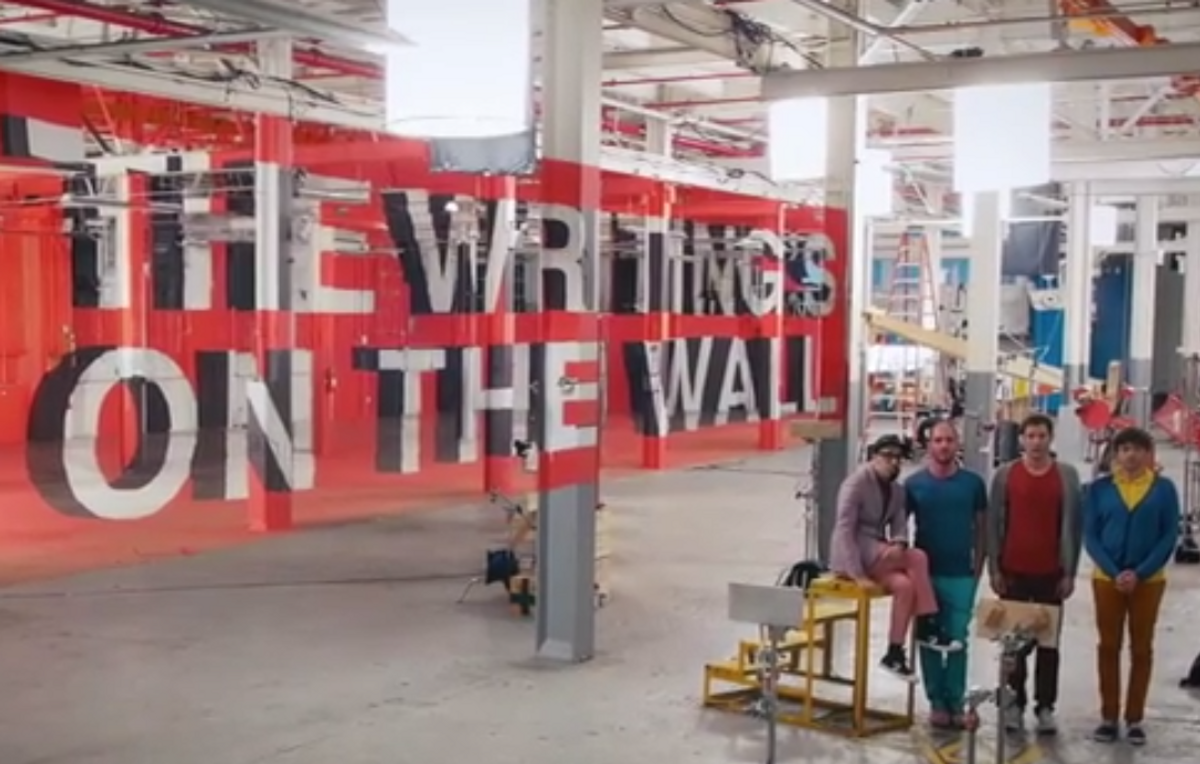 OK Go is no stranger to viral videos. (Who could forget the treadmills from "Here it Goes Again"?) And the band has done it again with their new video for "Writing on the Wall," which was released today.

The music video was filmed in a Brooklyn lot, and shows the band members moving through a complicated set of optical illusions, which took almost three weeks to build, according to Rolling Stone. The video was shot in one take, and took around 50 attempts to get it right, Rolling Stone reports.

"Writing on the Wall's" video echoes the song's meaning: A relationship that just isn't working because the couple don't view things the same way.

The set and video as a whole "attempts to add motion to the geometric paintings of artists like Felice Varini and Dan Tobin-Smith," Rolling Stone writes. Watch the beautiful and mind-bending video below:

And just in case you forgot the video for "Here We Go Again," here it is again: