They just had to put her in pink? 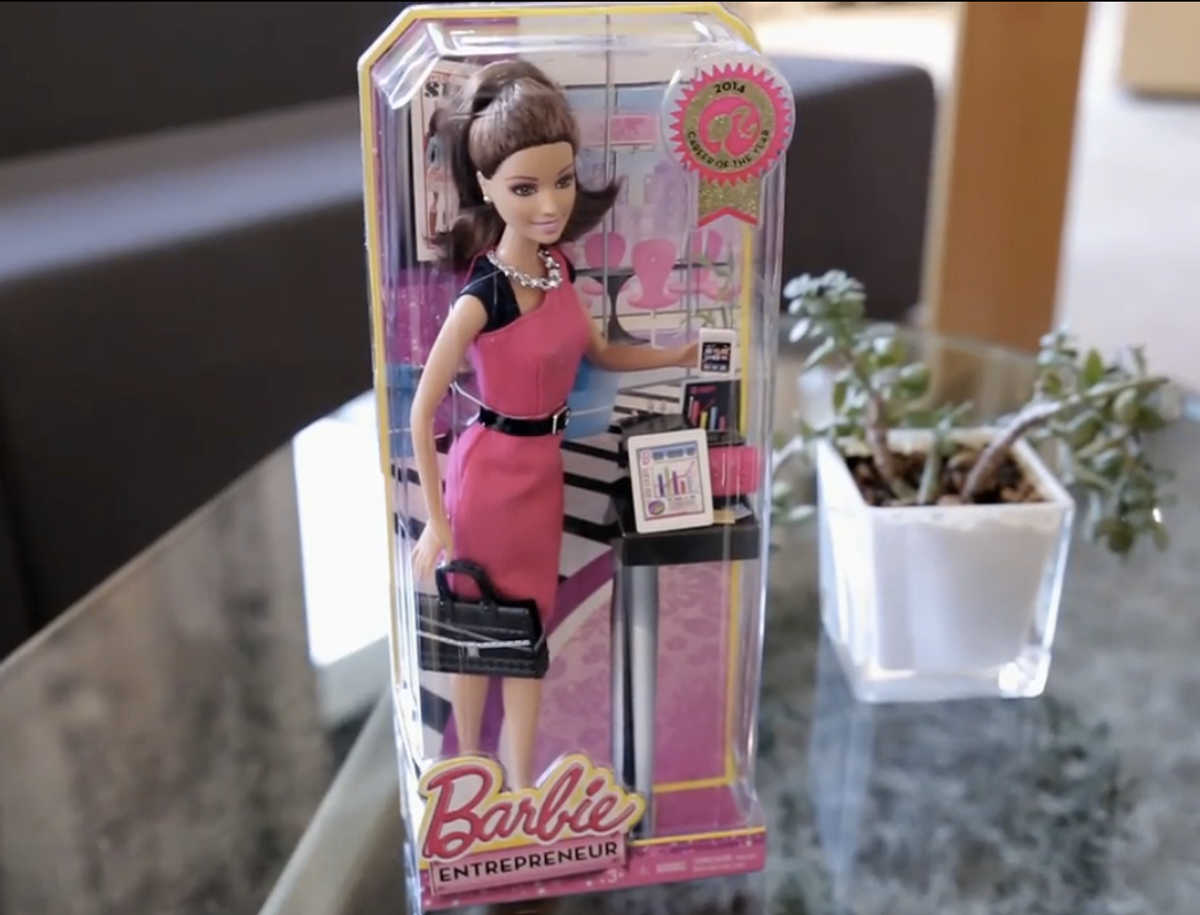 Today Mattel introduced the latest power-executive, Entrepreneur Barbie. She is part of Mattel's "I Can Be" line of dolls, and sticking with our "maker" obsessed times, "entrepreneur" was selected as is 2014's career of the year.

"We always try to make career Barbie a reflection of the times," said Mattel spokeswoman Michelle Chidoni said, according to The Wire. "Women entrepreneurs are more prevalent now and they're growing in number. [It's] a great way to encourage girls to also learn about this role."

Before I launch into my issues with the doll, I will happily acknowledge that Entrepreneur Barbie is a step in the right direction. First of all, I'm glad that real-life female entrepreneurs, including Reshma Saujani from Girls Who Code and Jennifer Hyman and Jennifer Fleiss, from Rent the Runway, were involved with this project.

There are too few female leaders in tech -- just look at the numbers. And as the women in the above video note, representation is extraordinarily important. Girls must see that it's not just men who can make it in these fields -- from being a developer, to starting a company. Entrepreneur Barbie may not be the ideal role model, but she's at least a visible figure, starting her own vague, make-believe multi-million-dollar company.

However, if we're talking representation, let's take a step back. It is impossible to ever grow up and be Barbie. She's anatomically impossible (unless you get tons of plastic surgery and survive on light and air).

Entrepreneur Barbie is modern woman with her smartphone and her tablet stuck in a sexist, outdated, dangerous representation of femininity. I take umbrage with the fact that, even though this doll is backed by an awesome group of diverse women -- aimed at providing positive representation -- Barbie still represents this problematic view of women (objectified by men in Sports Illustrated).

Of course, just as women aren't limited in their careers, girls are not limited to playing with Barbies.

However, to inspire more female entrepreneurs or women in tech, I say, skip the doll and focus on the real women who inspired it.