Remember how we had to go into Iraq allegedly because of al-Qaida? It was wrong -- and the abject lie is returning 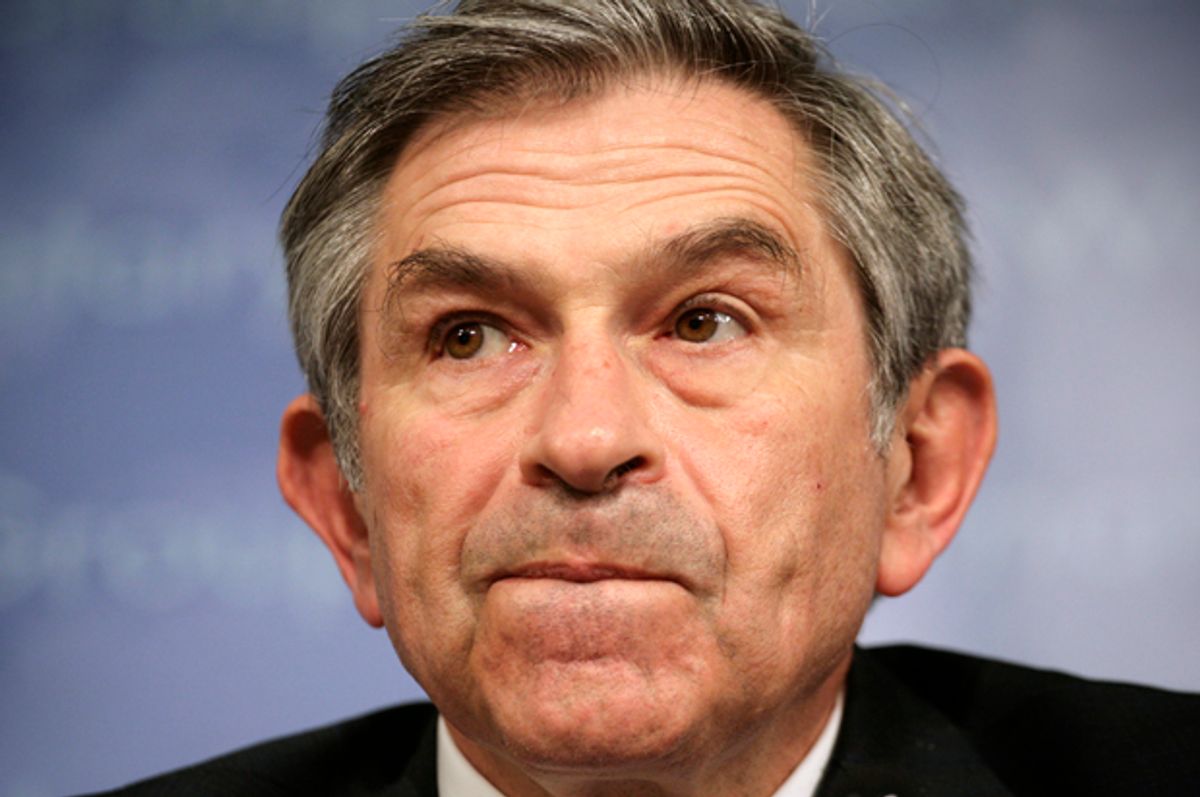 Back in 2008, the Center for Public Integrity and its affiliated group, the Fund for Independence in Journalism, released a study of the false rationales that led the nation into the Iraq War. It found that leading Bush administration officials had publicly lied at least 935 times. The major lie was about the Saddam Hussein regime possessing weapons of mass destruction. But the second most common lie was that there was a link between Saddam and al-Qaida, which made the possibility of an Iraqi nuclear weapon falling into the hands of the terrorists who perpetrated 9/11 particularly frightening.

Perhaps the most relentless purveyor of that lie, and one of the earliest to make the case, was Vice President Dick Cheney, who famously said on "Meet the Press" less than two months after the 9/11 attacks:

"Well, the evidence is pretty conclusive that the Iraqis have indeed harbored terrorists."

In this appearance he makes the first public mention that hijacker Mohammed Atta met with an Iraqi spy in Prague. This was disproved fairly quickly, but Cheney persisted in repeating it.

President Bush expanded on this idea, making this alleged connection explicit in a Cincinnati speech in October of 2002:

We know that Iraq and the al Qaeda terrorist network share a common enemy -- the United States of America. We know that Iraq and al Qaeda have had high-level contacts that go back a decade. Some al Qaeda leaders who fled Afghanistan went to Iraq. These include one very senior al Qaeda leader who received medical treatment in Baghdad this year, and who has been associated with planning for chemical and biological attacks. We've learned that Iraq has trained al Qaeda members in bomb-making and poisons and deadly gases. And we know that after September the 11th, Saddam Hussein's regime gleefully celebrated the terrorist attacks on America.

Iraq could decide on any given day to provide a biological or chemical weapon to a terrorist group or individual terrorists. Alliance with terrorists could allow the Iraqi regime to attack America without leaving any fingerprints.

Some have argued that confronting the threat from Iraq could detract from the war against terror. To the contrary; confronting the threat posed by Iraq is crucial to winning the war on terror. When I spoke to Congress more than a year ago, I said that those who harbor terrorists are as guilty as the terrorists themselves. Saddam Hussein is harboring terrorists and the instruments of terror, the instruments of mass death and destruction. And he cannot be trusted. The risk is simply too great that he will use them, or provide them to a terror network.

One of the prime sources for phony intelligence during the run-up to the war was the Pentagon's Office of Special Plans, which was run by one of Paul Wolfowitz's subordinates, Douglas Feith. Wolfowitz (perhaps best known for his assurance that the war would pay for itself -- an assertion that proved to be a couple of trillion dollars off the mark) was a longtime member of the neoconservative claque that had been agitating for an invasion of Iraq ever since the first Gulf War. The Office of Special Plans "analyses" of the connections between Saddam and al-Qaida were later found to be completely erroneous, probably fraudulent.

But they served their purpose. In the aftermath of 9/11 and the anthrax attacks, the nation was susceptible to propaganda. In retrospect, it's clear that the conflation of 9/11 with Saddam was a conscious strategy by those who had long favored an invasion of Iraq for other reasons to use the fear of al-Qaida to help stoke fears of a nuclear armed Iraq. Indeed, one cannot imagine that the Iraq invasion could have happened without 9/11. But,  it was based on lies.

However, the recent events in Iraq have brought some of those players back into the limelight as media outlets inexplicably look to them for "expert" commentary. (If the story is about how one deals with the burden of being so devastatingly wrong, then I suppose it might make sense.) Wolfowitz has been one of the more ubiquitous of these ignominious experts, in the last few days appearing on several programs to talk about what the U.S. should be doing in Iraq. But considering the history of lies with which he is so closely affiliated, this comment was of particular note:

Wolfowitz argued on both programs that the Islamic State of Iraq and Syria and other militants in Iraq should be referred to as Al Qaeda-linked groups, saying that the use of terms like “ISIS” and “Sunni and Shia” doesn’t appropriately signify the urgency of the situation for the American people.

You'll note that he doesn't acknowledge that the designations ISIS and "Sunni and Shia" are correct terms. He is giving propaganda advice: if you want to convey the urgency of the situation you must link this current activity to al-Qaida. It's déjà vu all over again.

And just as it was in 2003, when the Bush administration used this same "sense of urgency" to rush the nation into an unnecessary war, Paul Wolfowitz is going on television and telling people they should do it again. And once again, it's a lie.

The militant group ISIS has actually been ostracized by the al-Qaida organization for being too brutal toward fellow Muslims. This, apparently, hurts al-Qaida's "brand." Seriously.) They are dedicated sectarian militants who are fighting in Syria and Iraq for the empowerment of the Sunni Muslim sect. You cannot tell this story without using the words "Sunni" and "Shia." But then he doesn't want the real story told, does he? Wolfowitz apparently realizes, from his long experience with lying to the American people, that this will probably not be seen as a good reason for the U.S. to get militarily involved in Iraq again. Even evoking the specter of 9/11 and al-Qaida's affiliation will be a tough sell at this point, but it's all they've got.

The question is whether anyone's listening to him. The answer, unfortunately, appears to be yes. None other than the powerful chairman of the House Permanent Select Committee on Intelligence, Mike Rogers, was on television Tuesday morning trying out the new meme (emphasis added):

Rogers: We have a momentum problem that's in favor of an al Qaeda army, I-S-I-S [he spelled it our rather than saying it the way everyone else does], that is marching across Baghdad executing people, as you saw in your own footage, pulling people out of trucks if they aren't answering the right questions about being a Sunni, they'll shoot them. It's quite gruesome. And it's getting worse. They have a billion dollars, they have heavy weapons, they reportedly have two helicopters. This is an al Qaeda army on the move. So our immediate concern should be to stop their momentum...

It's going to be up to the media to burst the meme this time. There is no question that ISIS is not an "al-Qaida army" and Paul Wolfowitz apparently forgot himself when he admitted on television that linking these militants to al-Qaida was a ploy to rile up the rubes. Even if one were to take him seriously and believe that the American people should see the urgency of this situation, never again should Paul Wolfowitz or any of his cohorts be allowed to manipulate the public with such cheap propaganda. The media must explain the facts as they are to the public and the public must decide if it wants its government to escalate American involvement in this conflict based on the truth.

There's an old saying in Tennessee - I know it's in Texas, probably in Tennessee - that says, fool me once, shame on - shame on you. Fool me - you can't get fooled again.

He said that in September of 2002, by the way, as he was "rolling out the new product" -- also known as the case for invading Iraq.