How eating broccoli could help protect us from air pollution 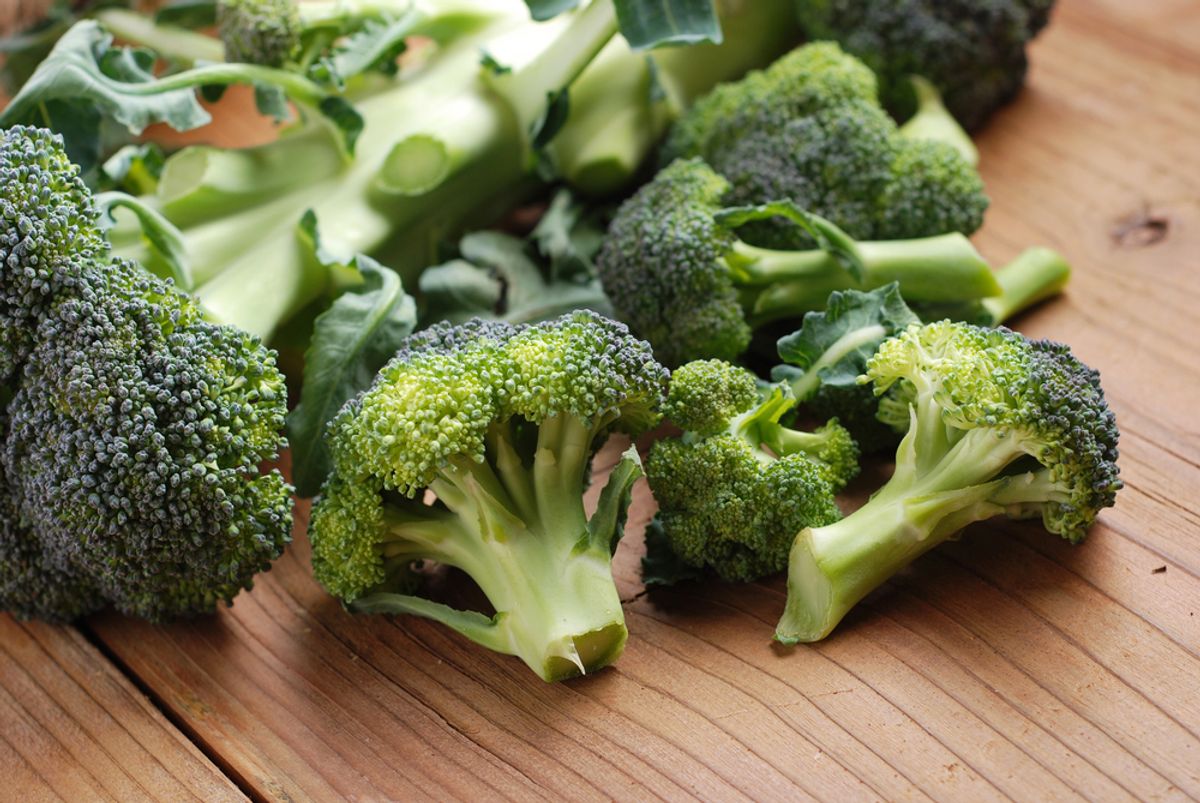 The average adult inhales over 3,000 gallons of air every day. That's a lot of air, and in these smoggy times, it's a given that it contains toxic substances that we'd rather keep outside of our bodies.

One such chemical, benzene, is classified by the EPA as a "known human carcinogen." Another, acrolein, is a common lung irritant. The pollutants waft from gas pumps, vehicles, cigarettes, factories, coal-fired power plants and fracking sites -- and according to new research, we may be able to expel them (read: pee them back out again) by eating broccoli.

The new study, published online in early June in the journal Cancer Prevention Research, set out to figure out whether drinking a half-cup of a beverage containing broccoli sprouts would increase the rate of excretion of benzene and acrolein. (The researchers say they chose these chemicals because they were among the most stable molecules among pollutants to track.)

About half of the 291 Chinese adults in a rural farming community in Jiangsu province — a community with very high levels of air pollution — who participated in the study were given the broccoli sprout drink every day for 12 weeks, while the other half got pineapple and lime juice.

The researchers, who hail from Johns Hopkins University and several other institutions in the U.S. and China, found that among the people consuming the broccoli sprout beverage, the rate of excretion of benzene increased 61 percent throughout the 12-week period. As for the acrolein, the excretion rate went up 23 percent during the trial.

"We thought the pathway might respond initially, and then the [compounds] would wear out their welcome and the body would tune out," Thomas Kensler, a researcher at both Johns Hopkins and the University of Pittsburgh School of Medicine and an author of the study, tells The Salt. "But the effect was just as vigorous at the beginning as at the end, which suggests that over one's lifetime, you could enhance this preventative activity in the body [with food]."

So can broccoli save us from air pollution? "The assumption is that if there's less carcinogen in the body, there's less risk," Kensler said. "But at some point we need to do a definitive trial to find out if you take this approach for months or years whether [rates] of disease are dampened."

And at the Atlantic, James Hamblin makes the case that telling people to (eat or drink) broccoli (even though it's delicious, and healthful for lots of other reasons), doesn't quite make up for the massive public health risk presented by unregulated air pollution:

Outdoor air pollution is associated with cardiorespiratory mortality, chronic obstructive pulmonary disease, lung cancer and overall decreased lung function. According to the World Health Organization, air pollution kills around seven million people every year. It might seem absurd to suggest putting the onus on individual dietary choices, but that's basically what's happening here. Environmental researchers call it chemoprevention. A quarterof the world is breathing unsafe air, and while government officials are hard at work implementing regulatory policies to improve air quality and reduce reliance on fossil fuels, which they surely are, we get to eat more broccoli.