Watch: The utter horror of getting caught in the middle of a duck stampede

A horde of ducks blocked traffic in Thailand 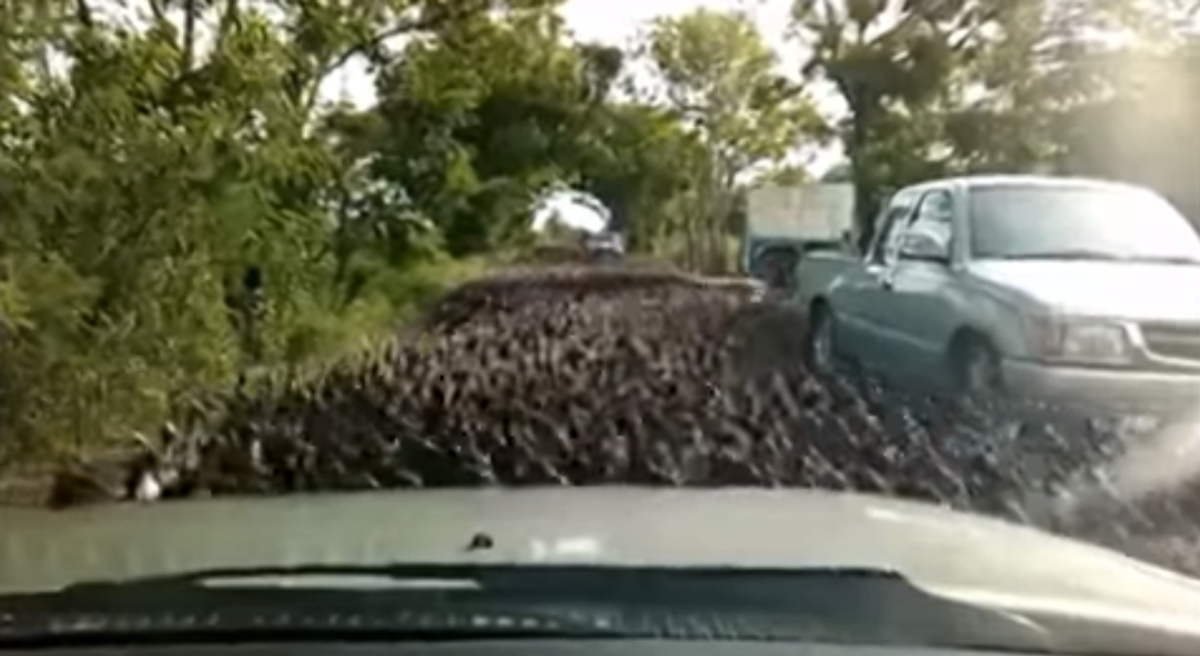 In a "what the hell is going on here?" video for the ages, a Thai YouTube user captured the chaotic scene of "100,000 mass ducks" [note: he may have been exaggerating] as they stampeded down a road, blocking traffic and causing general mayhem.

The explanation, however, slightly disappoints: according to Jack Saranthat, who uploaded the video, a farmer was simply leading the ducks across the road to find food. Take a moment to appreciate the fact that you're not duck food.