Why a deadly pig disease has the U.S. scrambling for a solution 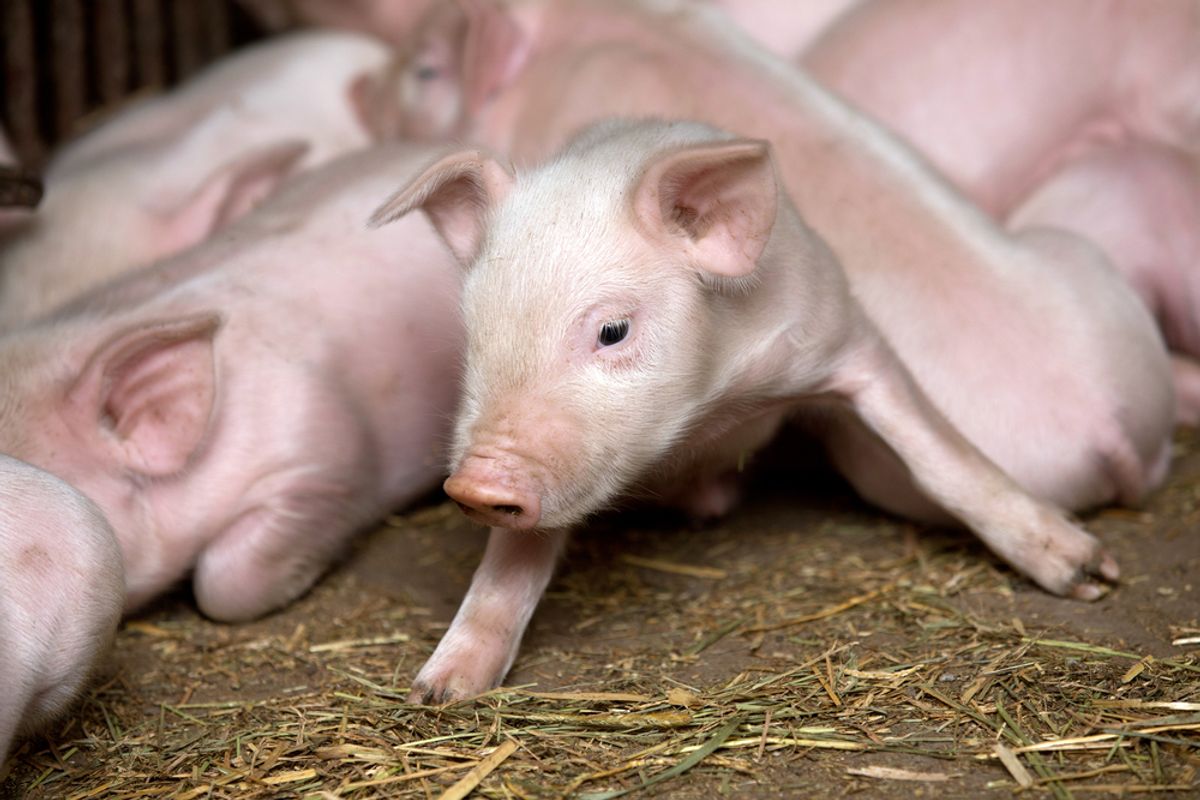 A deadly disease is spreading rapidly through the nation's pig population, killing hogs by the millions and posing a major threat to the U.S. pork industry. Called Porcine Epidemic Diarrhea Virus, or PEDv, it's as nasty as it sounds: it causes vomiting and diarrhea in piglets and is nearly always fatal. Pre-weaning it has a 100 percent mortality rate.

Karen Richter, president of the National Pork Board, calls PEDv "one of the most serious and devastating diseases our pig farmers have faced in decades.”

In recent months, the federal government, along with research and industry experts, have ramped up their efforts to contain the disease. Here's what you need to know about the continued threat:

When did this become a thing?

PEDv is a global issue, but the first documented in the U.S. was discovered a year ago. Since then, it's spread fast, hitting 30 states and killing as estimated 8 million pigs, or a full 10  percent of the nation's herd. As Rodney "Butch" Baker, a swine biosecurity specialist at Iowa State University, explained to Reuters, "Something like a tablespoon of PEDv infected manure is roughly enough to infect the entire U.S. hog herd."

The outbreak peaked this past March, and earlier this month the USDA pledged $26 million to combat the disease.

Can humans get it?

No, just pigs. In the 40 or so years it's been around, it's never been transferred from animals to humans, and it's likely to stay that way. According to the USDA, its presence in food won't make pork-eaters sick.

So why should I care?

The decimation of such a significant portion of the country's pig supply has naturally raised the price of pork considerably. If you're in the bait of buying pork, you may have noticed it getting more expensive, reaching a record high of $4.10 per pound since PEDv first hit the U.S. "Producers on average get compensated for their losses by high prices," Chris Hurt, a professor of agricultural economics at Purdue University, told National Geographic. "The real cost of the disease is borne by consumers."

Not that it's so great for hog farmers, either, some of which have been known to lose thousands of piglets nearly as soon as they're born. According to John Goihl, a hog nutritionist in Shakopee, Minnesota, "It's a real morale killer."

Is there anything we can do to stop it?

Just this week, the USDA approved a vaccine that's been "promising" in preliminary trials; it can now be sold to pig farmers over-the-counter. Speaking Wednesday, U.S. Agriculture Secretary Tom Vilsack voiced his optimism that the worst of the outbreak is over, noting that warmer summer temperatures may help slow its spread (the disease prefers cold and damp conditions).

"I don't want to say the virus will be eradicated," Vilsack said, "but I think you will see we're on the other side of this."

That means it's no longer a problem, right?

Joel Harris, head of sales and marketing for Harrisvaccines, the company that developed the vaccine, added that it's unclear, yet, whether it will be able to stand up to the disease during the coldest and dampest winter months. Undertaking biosecurity measures to reduce transmission may still be the best way to control PEDv's spread.

In the meantime, experts are continuing to warn that the disease is likely to make a repeat appearance after the summertime hiatus, killing up to another 2.5 million pigs over the next 12 months and raising prices as high as $4.64 per pound by midwinter. "There is still plenty of disease out there," said Eric Neumann, a veterinarian studying the transmission of PEDv, "and it will be back with a vengeance in the fall."