One of the first U.S. cities to judge teachers off of student test scores is now putting the practice on hold 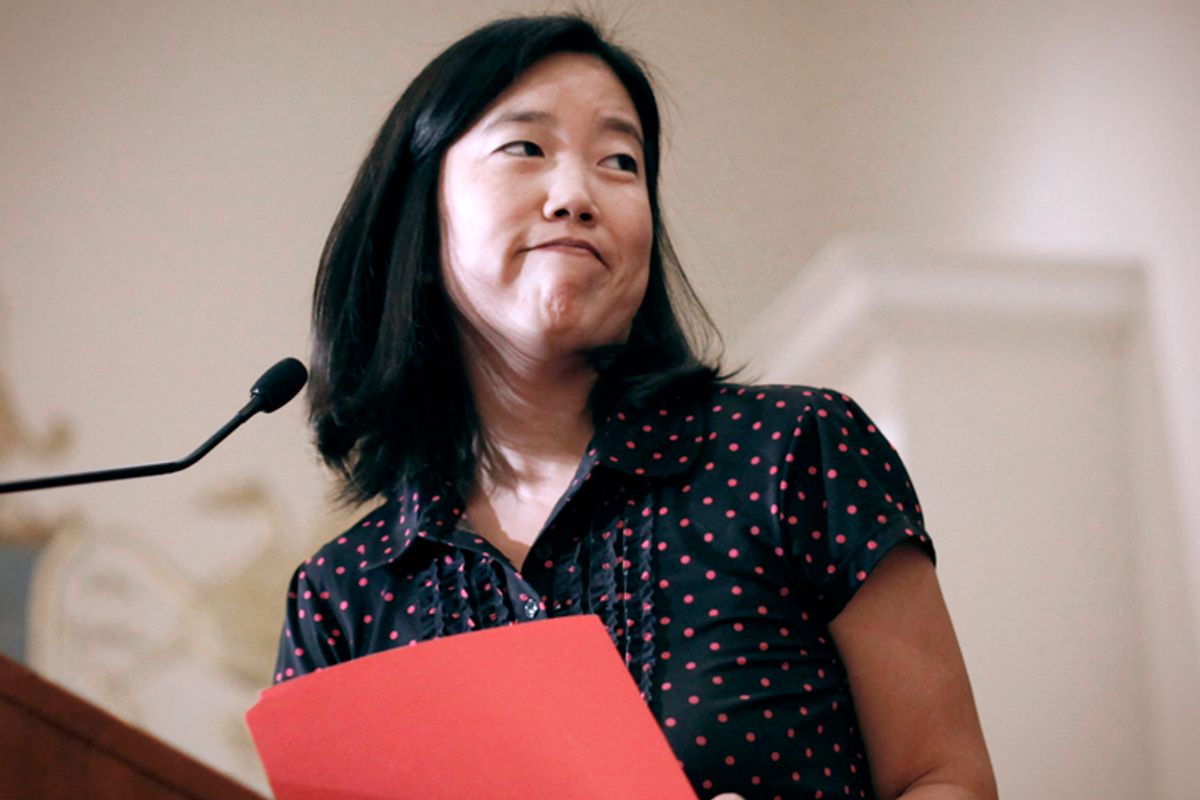 Washington, D.C., chancellor Kaya Henderson announced on Thursday that the city's public schools would at least temporarily stop evaluating teachers based off of student test scores, a move Henderson described as necessary in order to allow students to acclimate themselves to new tests built around the standards established by the Common Core.

The decision represents one more break between the city and the legacy of Henderson's predecessor, the famous and controversial education reformer Michelle Rhee. During her tenure as D.C. chancellor, Rhee's aggressive implementation of test-based evaluation standards was one of the many initiatives she championed during her short and contentious tenure.

Henderson's action was supported by one of the most powerful players in the education reform wars, the Bill and Melinda Gates Foundation. Along with two powerful teachers' unions — who are usually their adversaries (or frenemies, if you prefer) — the foundation stated that a temporary suspension of test-based evaluations was necessary in order to properly embrace the new Common Core standards.

The Department of Education, however, was considerably less enthusiastic about D.C.'s decision. "Although we applaud District of Columbia Public Schools (DCPS) for their continued commitment to rigorous evaluation and support for their teachers," said DOE spokeswoman Raymonde Charles, "we know there are many who looked to DCPS as a pacesetter who will be disappointed with their desire to slow down."

On the other hand, Randi Weingarten, president of the American Federation of Teachers, celebrated the move and chastised the DOE for its lack of support. "The federal Department of Education should be applauding this, not thwarting it," Weingarten said. "When they're thwarting it, you wonder, 'What is that about? Is that about learning or is it about measurement for measurement's sake, or testing for testing's sake?'"

More from the Associated Press (via HuffPo):

A study published last month in Educational Evaluation and Policy Analysis raised questions about whether evaluating teachers and making personnel decisions based on test scores had any effect on teacher quality. Some critics also believe that such high-stakes testing incentivizes cheating, and the District is one of several jurisdictions that have weathered cheating scandals.

Henderson said she remains committed in the long term to assessing teacher performance based in part on test scores, as the District has done since 2009. More than half of the states have incorporated test scores into evaluations, although the nation's capital has been more aggressive in firing poorly rated teachers — as well as rewarding the top performers with pay raises and bonuses.

"I don't think there's a problem with our evaluation system. I believe it does what we want it to do," Henderson said. "Our teachers have increasingly more and more faith in it. I want them to continue to have faith in it."