Emmanuelle Seigner: "In movies, most women are victims or prostitutes"

The "Venus in Fur" star on feminism, her career and shooting sex scenes directed by her husband, Roman Polanski 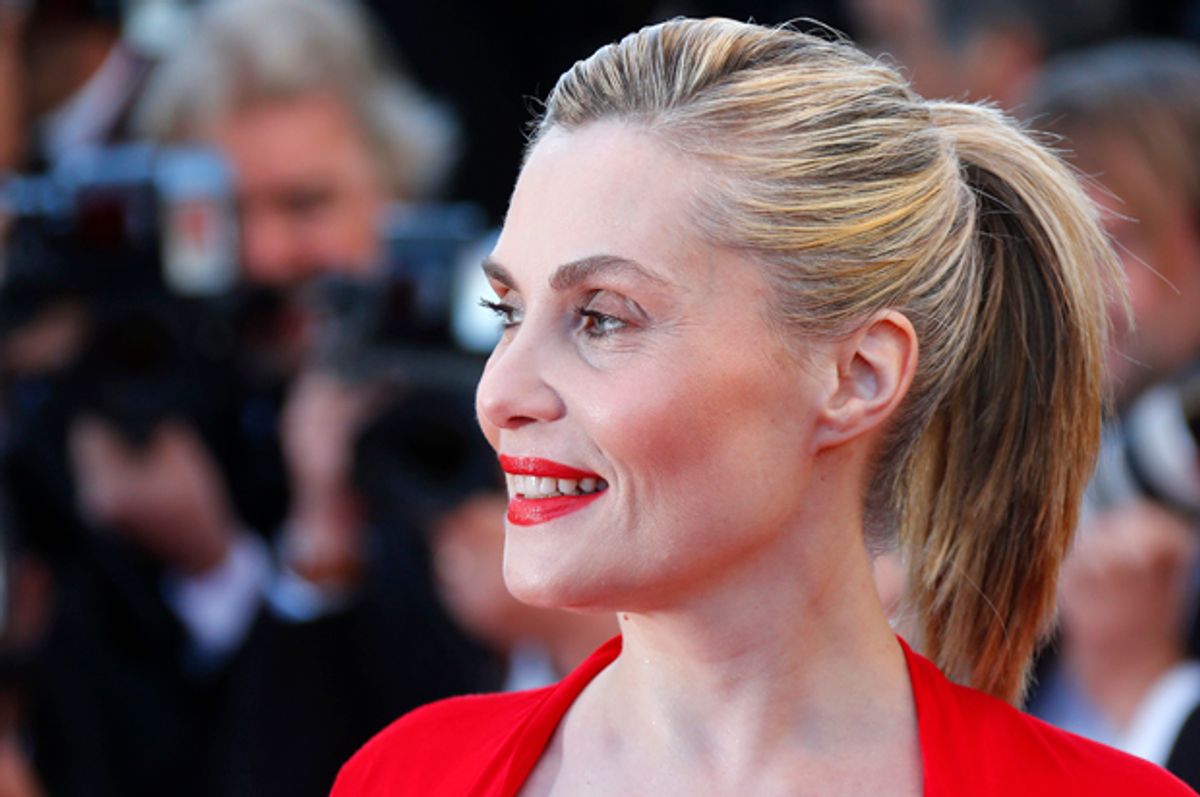 The spotlight is finally on Emmanuelle Seigner -- and all it took was years of sorting through scripts with her husband.

Seigner is the star of Roman Polanski's new film, "Venus in Fur." It's a rare lead role for an actress best known on-screen for her supporting roles in films including "The Diving Bell and the Butterfly," and off-screen for her role as Polanski's wife. The actress brushes off any awkwardness over her husband having directed her -- quite the feat, given that her character, Vanda, spends the film's running time alternately seducing and rebuffing the pathetic Thomas (Mathieu Amalric) in a bizarre, leather-clad audition to get cast in his play. It's a lengthy power struggle between a playwright and a woman who knows she can be his star.

The audition part, at least, was new. Seigner, who'd worked with Polanski on 1988's "Frantic," got cast because the director, frustrated with seeing his wife take boring parts, had been searching for a role for her. That meant translating a Tony-winning play from English to French and saying goodbye to Tony-winning stage star Nina Arianda -- but for Seigner, it's a victory. "In movies, most [women] are victims or prostitutes," she told Salon. "It's nice to see a movie where women have the power."

Did you feel anxiety about appearing in a French-language adaptation of this play, that things would get lost in translation?

Anxiety, no! I hadn't seen the play in English but I read it in English. When they translated it, they did a big adaptation -- and already it was a bit different from the play. Then they translated into French. We worked a lot with Roman on finding the right slang and right words that would be right in French. It was actually a lot of fun.

Before, it was more American. But the theme is -- it could be in any language, in any country. We tried to make it real as a French thing and to feel like it was happening in a Parisian theater. In the play, the action was not happening in the theater, it was in the rehearsal room. In Paris we do it in the theater. That's different.

Did you view your role as a feminist one?

It's definitely a feminist role! I hear that women would come and see the play and each time Vanda would say a line, you'd hear, "Yeah!"

Actually, in movies, most characters are victims or prostitutes. It's nice to see a movie where women have the power.

I think women and men are so different -- maybe that's what it is. it's kind of nice, the way that the power changes: He has the power, then she does, and he likes it.

Were you self-conscious, filming these racy scenes with your husband directing you?

How did he view your career?

Roman was frustrated for me about the roles I had, walking around looking beautiful. It's so boring! We wanted to do a great role for me!

Do you feel as though U.S. audiences want something different from their stars than French audiences do?

I don't know -- I'm not sure about that! America is much bigger, but I wouldn't know more than that! I don't know America well enough. I do know sometimes French people have strange taste.