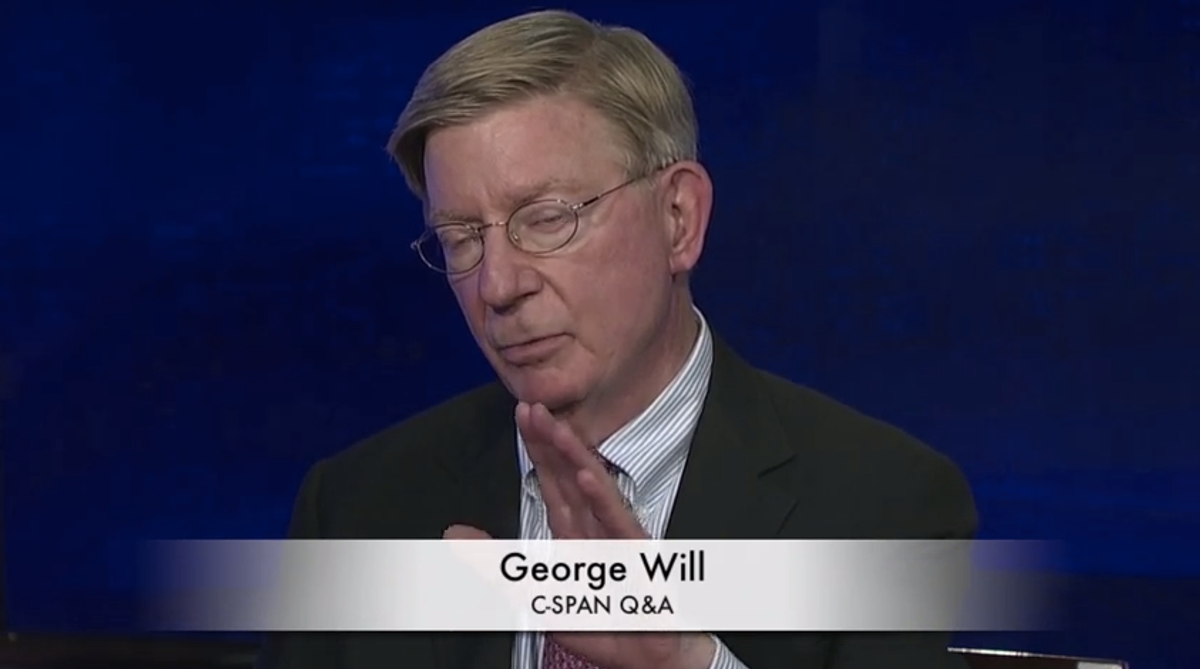 George Will was interviewed on C-SPAN this week and the topic of his recent column declaring that being a victim of sexual assault is a “coveted status that confers privileges" inevitably came up. Will proceeded to "explain" his column by repeating his column, basically point for point. If you would like to read some of the critical responses to that inaccurate and dangerous column feel to read this or this or this or this or this. (Or just read through the stories and responses shared through #survivorprivilege, a hashtag started by writer and anti-violence activist Wagatwe Wanjuki as a rebuttal to Will's column.)

But here are the major takeaways from the interview:

1. George Will does not think much of national statistics

3. George Will says it is his job to put the words sexual assault in scare quotes in order to communicate the seriousness of sexual assault

4. George Will believes that most people who disagree with George Will can't "read, think or write" and are members of "interest groups" (Will has no interests and does not represent the interests of any group, naturally)

6. George Will does not believe the St. Louis Post-Dispatch "covered themselves with glory" in their decision to drop George Will's column

Here's is the video of George Will repeating his views about rape:

Oh, whoops. I thought that was the real video because George Will's column on rape might as well have been written by a bear drunk on fermented apples. Here's the actual video of the interview: