"He is definItely hiding something down there," said Colbert of the former vice president 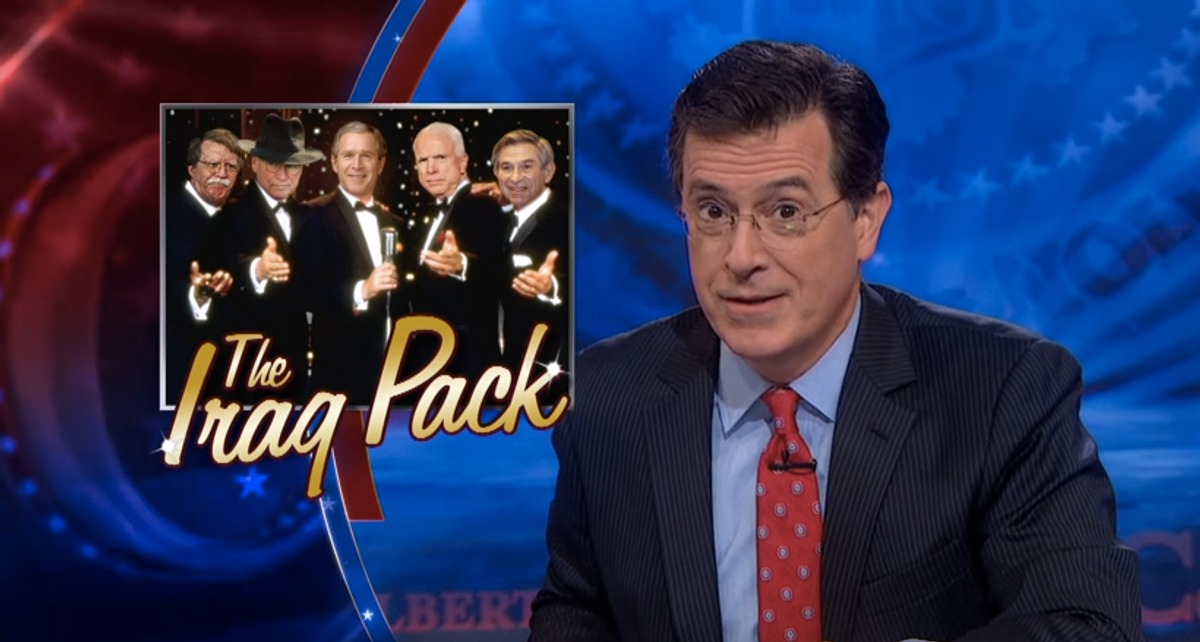 The "Iraq Pack" is back, as Stephen Colbert euphemistically refers to politicos John Bolton, John McCain, George W. Bush, Paul Wolfowitz and Dick Cheney, who were so very wrong about the Iraq War but feel compelled to speak about it again now. Most appalling, perhaps, was Cheney's recent Op-Ed in the Wall Street Journal, in which Cheney blamed President Obama for the current insurgent threat. "It takes 'huevos rancheros' to blame the outcome of a war you started, on the man who ended it," said Colbert, motioning testicles. "In fact, I'd say those things he's swinging could be balls of mass destruction, which means we have no choice but to invade Dick Cheney's sack!"

"We have got satellite images of this man's nuts, and he is definItely hiding something down there," said Colbert, adding, "now for national security reasons, I cannot show them to you."