Can "context-based messaging" be used in everyday life? 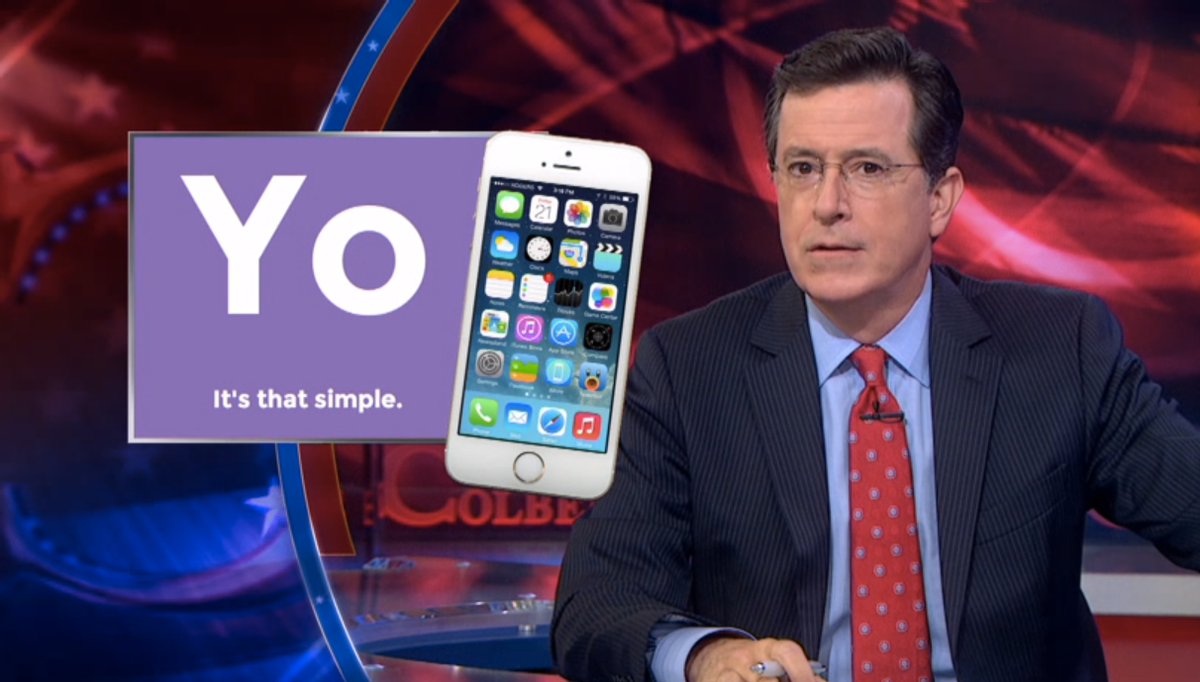 Last night Stephen Colbert looked into new smartphone communication app Yo. The app boils communication down to its simplest essence: It sends the word "yo" to others who have the app. Yo, which was built in eight hours, already has 50,000 users, and over $1 million in funding.

Colbert responded to the app with one letter: "Y?" And described it as "an app that's already hugely popular with the world's population of Sylvester Stallone."

However, Colbert admits he was eventually swayed into Yo's corner, and was intrigued by what Yo's creator calls "context-based messaging." Predictably, things get pretty ridiculous from there, as Colbert attempts to take Yo into everyday life. Watch below: